Home » Entertainment » How to watch Korean Netflix in the UK

How to watch Korean Netflix in the UK 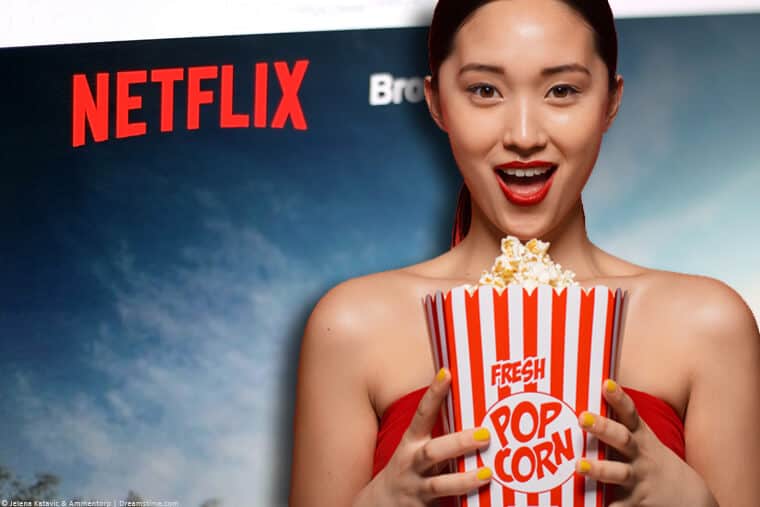 If you live in the UK, and you are interested in accessing Netflix's offerings available in far off countries like Korea, then you're in luck. In this guide that's precisely what I'm about to teach you.

As you may know, Netflix does not offer the same catalogue of TV shows and movies in every region, and its library can vary quite a bit. One such area is Korea, which varies quite widely with local Korean dramas and shows that aren't available elsewhere.

But, with our solution, you can quickly gain access to all of it, and choose what you want to watch for yourself. Best of all you won't need a new Netflix account either.

So if you want to get your fix of Korean drama or other movies and shows only available in Korea, read on.

As mentioned, Netflix's library is different from country to country.

Usually, you'll be served up your local content, but your account is capable of accessing any region. However, hopping on a plane over to Korea isn't viable just for getting extra Netflix stuff.

But, what if you did not have to move physically?

What if you could remain in your favourite chair in your home in the UK, and watch Korean Netflix? 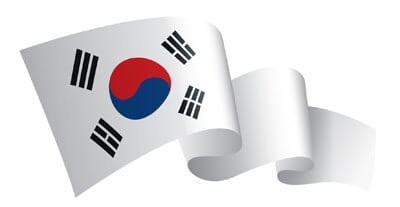 That is what you can do with an app called a ‘VPN‘, simply by connecting to another country.

While there are hundreds of VPN apps out there one pressing problem is that very few VPNs can help you unlock Korean Netflix. However, newcomer Surfshark can do just that and best of all, it only takes a few steps.

The first thing to note is that you can choose any VPN you want, such as those you'll find compared in our VPN Comparison Guide.

Be careful to remember that even though a VPN service might have Korean locations (known as ‘servers'), it doesn't necessarily mean it will work with Korean Netflix.

We've tested Surfshark, and it's the best choice right now.

To unblock Korean Netflix with it, follow these steps: 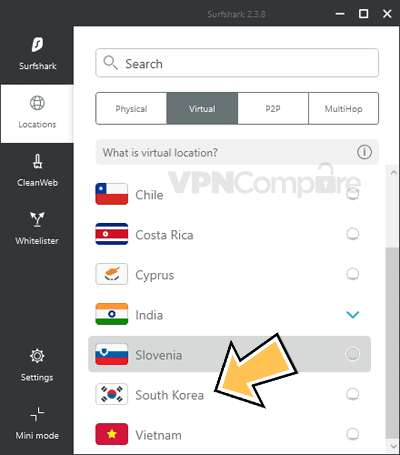 How is Korean Netflix different?

Korean Netflix differs from that of most other countries as it mostly offers Korean native movies and shows. It is exclusive content similar to the Japanese Netflix site.

Netflix even announced that it plans to expand its involvement in Korean film and TV industries.

They already had success with some of the previous content, including ‘Something in the Rain,' ‘Korean Odyssey,' as well as ‘What's Wrong with Secretary Kim.' Korea even reacted positively to romantic comedies like ‘Romance is My Bonus Book,' but also thrillers like ‘Memories of the Alhambra.'

The quality of Korean drama production is surging, but so is the streaming fan base, and Netflix plans to use the situation and deliver new original series to the Korean market.

Luckily with a VPN, you can be a part of that and experience Korean Netflix in the UK or any other country.

What other regions can I watch?

With Surfshark, you are unlikely to run out of Netflix content anytime soon.

The service supports 14 different regions, and that includes the UK, the US, Germany, Canada, Japan, France, India, Australia, the Netherlands, Korea, Italy, Brazil, Turkey, and Singapore.

The US alone has access to thousands of shows and movies. You can use Surfshark to unblock Netflix and the content of all of these other countries without the need for a new Netflix account.

You can watch the content you want when you want, and from whichever device you want.

All you need to do is download Surfshark and Netflix will be fully open to you.

A lot of people around the world are unfamiliar with Korean programming, and the fact that Netflix keeps content geo-restricted to their country does not help.

But, if you are interested in seeing what Korean shows and movies look like, you can easily find out by using Surfshark VPN.

With it, you can unblock not only Korean Netflix and Korean language shows but also that of 13 other countries.

If you are from another country apart from those we listed above, you can add your own country to the list. This allows you to expand the number of Netflix regions that you can access to 15.

In any case, Surfshark is your best choice if you wish to unblock Korean Netflix, expand your views, and watch all the juicy Korean movies and dramas in the UK or elsewhere.