How to watch King George VI Steeple Chase outside the UK 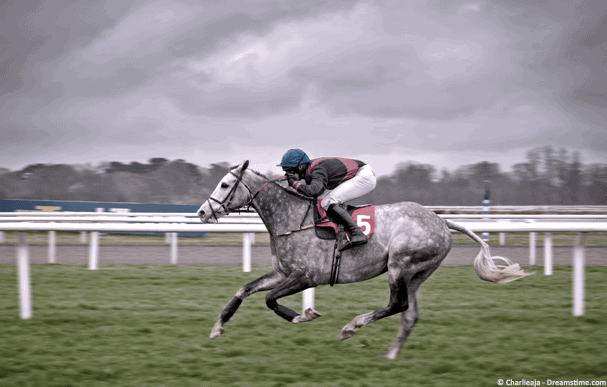 After a day of polishing off Turkey and Mince Pies, there's one horse race to end the year that will have you excited, that's the King George VI Steeple Chase.

Unfortunately though interest in this race outside the UK can be limited which means getting coverage of it can be problematic.

Most overseas TV channels won't be showing the race and in the unlikely event you do find one that is it's usually restricted to paid cable networks only.

There is a way you can watch the entire race outside the UK from any country and that's by using a VPN app.

In this guide I'll be showing you how and explaining exactly how to watch the entire race live regardless of what country you're in.

What you need to watch the race

The entire King George VI Steeple Chase is being shown live by ITV in the UK and streamed live online at the same time on their ITV Hub service (formally known as ITV Player).

A VPN works by disguising your location so to ITV Hub you'll look like you're in the UK even if you're really in America, Australia, Brazil, Japan, Thailand, South Africa, Spain or anywhere else.

There are hundreds of different VPN apps out there and the amount of choice can be confusing. Not all work with ITV Hub which makes randomly searching ‘VPN' apps even more difficult.

I've tested some of the leading ones and found that ExpressVPN works best with ITV Hub. Their app takes just a few clicks or taps to get connected and they're super fast which means you won't suffer any buffering or stuttering.

If you've got time to compare a few different options then my three VPN app recommendations to unblock ITV Hub and watch the King George VI Steeple Chase anywhere in the world are:

How to watch the King George VI Steeple Chase

The next step is to sign up for one of the VPN services mentioned above and download their VPN app.

I've put together an easy to follow step-by-step guide below so you can be up and running within just a few minutes.

In my example, I've chosen to use my favourite service, ExpressVPN but you can use any of the three recommended above as they all work in a similar manner.

When is the race taking place

The King George VI Steeple Chase takes place on Boxing Day which is the 26th December.

Live coverage will start from 1 pm UK Time but the main race itself isn't expected to take place until 2:05 pm.

There are numerous other races being shown throughout the broadcast and you can watch them all between 1 pm and 3:30 pm.

The race takes part at Kempton Park racecourse which is in Surrey, England.

How can I get the ITV Hub app outside the UK

If you want to watch on a phone or tablet then you'll need to download the ITV Hub app in addition to the ExpressVPN app.

You can install the ExpressVPN app by simply searching your regular app store and installing in the normal manner.

If you bought your phone or tablet outside the UK then you may be blocked from installing the ITV Hub directly.

For this if you've got an Android device you'll need to open a new web-browser and visit: https://apkpure.com/itv-hub/air.ITVMobilePlayer

Users of the Apple iPhone or iPad will find the process a little more involved and you'll need to read this dedicated guide to get the ITV Hub app installed outside the UK.

Who should you put money on

If you're a betting man or woman then you'll want to have a little flutter on the race and while I can't tell you exactly who is going to win the King George VI Steeple Chase there are some bookies favourites.

If you're planning on putting a little bet on then the above are the current odds so you may be able to pick yourself a winner if you're lucky enough.

Recap: How to watch the race outside the UK

If you want to watch all the action from Kempton Park in the King George VI Steeple Chase but you're outside the UK then you'll need to get yourself a VPN.

A VPN from ExpressVPN will let you watch live on ITV Hub in any country.

Sign up for their service and download their app. Then connect to the UK. Now you're connected you'll be able to watch the entire race on ITV Hub from whatever country you're in.