How to watch the Japanese Grand Prix online anywhere 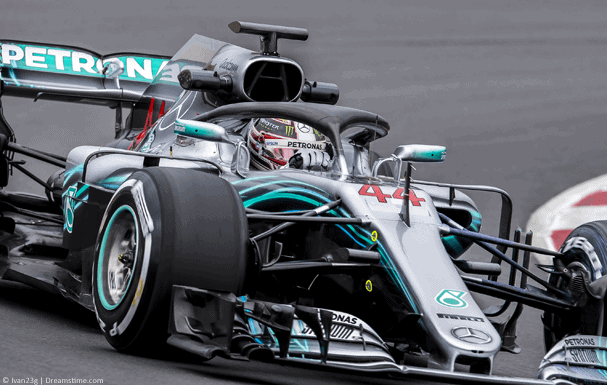 Formula 1 heads to Japan this weekend and in this guide I’m going to show you how you can watch the entire race live online from anywhere in the world.

Things have been hotting up in the Formula 1 world with Mercedes’ Lewis Hamilton racking up an impressive 306 points with 8 wins in total.

With Sabastian Vettel not too far behind Japan could be a chance for Ferrari to gain some much-needed traction on Hamilton.

Watching Formula 1 online has gotten increasingly difficult but below I’ll be showing you how by using a ‘VPN‘ app you can watch the race essentially free online from anywhere in the world.

The entire Japanese Grand Prix 2018 is being shown live by Channel 4 in the UK.

By using a VPN app you can tap into that live stream and watch anywhere in the world. If you try to visit directly outside the UK you’ll be blocked from watching. A VPN lets you pretend you’re in the UK which unblocks the stream.

There are hundreds of companies out there that sell VPN services and it’ll cost you a couple of pounds or dollars per month.

The good news is they’ll let you watch every race of the season, you can find more details about that by checking our dedicated Formula 1 Streaming Guide.

My recommended provider is ExpressVPN, they’re better than most of the competition and have a sweet 30-day money back guarantee just in case you can’t get it working.

However, if you’ve got time to check out the competition the following three are the best choices.

All you need to do is click on one of the providers above and sign up for their service. Once you’ve signed up follow the steps below.

How to watch the Japanese Grand Prix online

By now you should have signed up for one of the three providers above. Once you’ve done that follow the steps below.

Skip the first step if you’ve already signed up.

How to watch the Japanese Grand Prix Step-by-step:

Now you’re connected to the ExpressVPN app or app from one of the other providers you can watch the entire race live online on the UK’s Channel 4 website. You can also download their app and watch on that.

Don’t forget you can also watch all the other remaining races of this season using the same VPN package.

When you’ve finished watching just disconnect from the app. You can reconnect in future to watch other races in the season.

When is the Japanese Grand Prix shown?

The Japanese Grand Prix main event is being shown on Sunday, 7th October 2018.

Live coverage will start from 6:00 am UK Time which is 2 pm in Japan. You can use The Time Zone Converter to work out the correct time in your country.

You can also watch the Qualifying event live which takes place a day earlier on Saturday, 6th October. The start time is the same at 6:00 am.

How is the Japanese Grand Prix shaping up?

There are just 5 races left to go in this Formula 1 season and with Mercedes striding ahead it appears like they’ll take the overall victory.

Ferrari could potentially catch Mercedes with just a 50 point difference but the consensus is that it’s unlikely to happen. With the title in his sight, it’s unlikely that Lewis Hamilton will let Ferrari get the two victories they need to overtake, especially with the season finish line in sight.

With Mercedes using team order to their advantage we’re unlikely to be seeing any upsets at the Japanese Grand Prix in the standing stakes.

However, Formula 1 can often be a funny old sport and anything is possible. Make sure you tune in to watch the Japanese Grand Prix, all you need is the VPN from ExpressVPN and you can watch live online from anywhere in the world.

Conclusion: How to watch the Japanese Grand Prix

To watch the Japanese Grand Prix live online you’ll need to get yourself a VPN app.

These are available from hundreds of providers but I strongly recommend ExpressVPN. They’ve been great for watching past races and they’ve got a 30-day money back guarantee in the unlikely event you can’t get it working.

Just click the button below to visit their website and sign up for their service. Don’t forget it’s cheaper to take their annual package which works out nearly 50% cheaper than paying on a monthly basis. The bonus is you can watch all the other races this and next season with it too.

Once you’ve signed up download their app and connect to the United Kingdom. You can then watch the Japanese Grand Prix live online on the Channel 4 website or via their app anywhere in the world.

Who do you think will take the lead in the Japanese Grand Prix and who will win overall this season? I would love to hear your thoughts so why not let me know in the comments section?