Home » Entertainment » How to watch I’m a Celebrity 2020 abroad

How to watch I’m a Celebrity 2020 abroad

If you like your celebs , hungry, and dumped in the middle of the Welsh hills, then there’s good news.

I’m a Celebrity, Get Me Out of Here is back on our screens.

If you happen to live in Australia, or anywhere else in the world other than the UK for that matter, the news is less good. You won't be able to watch.

There is an upside though and it doesn't need to be like that.

By using a VPN app, you can get around this and watch I’m a Celebrity from anywhere.

So if you want to avoid spoilers, social media reveals, and friends giving away what happened, keep reading to find out how you can keep up and watch wherever you are.

When does I'm a Celeb start?

The 2020 series of I’m a Celeb starts on Sunday, 15th November and things this year will be very different.

The opening episode will last for one hour and 45 minutes with all the action starting at 9pm GMT.

So don't forget to work out the time difference where you are. However, if you miss it then watch it on catch-up. 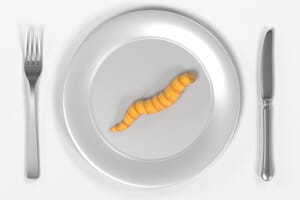 It will then follow a similar format to previous series meaning that viewers can expect the new King or Queen of the Jungle to be crowned around mid-December.

What you'll need to watch overseas

If you want to watch the new series of I’m a Celeb from overseas you will need to use the ITV Hub online streaming service.

Unfortunately, ITV is restricted to anyone outside the UK from using that platform.

That’s why you’ll also need a VPN. You can use a VPN to change your IP Address, making it look as if you're in the UK at the time.

VPNs change your IP Address when they redirect your online data through an external ‘server'. A ‘server' is basically a powerful computer but you don't need to think about that

This is done primarily to enhance your online privacy but a side-effect is that it also enables you to unblock content from other countries.

There are lots of VPNs on the market so it is advisable to do some research before choosing one.

We have tested all of the top VPNs with ITV Hub and our recommendation for watching I’m a Celeb is ExpressVPN.

It is the perfect VPN for streaming shows overseas thanks to its super-fast speeds, large server network, and easy-to-use apps which can be downloaded onto almost any device.

There are other choices too so if you want to choose check out:

All three are capable of allowing you to watch overseas but it was ExpressVPN which delivered the best all-round service.

How to watch: Step-by-step

Once you have chosen your preferred VPN, setting things up so you can watch I’m a Celebrity overseas is actually pretty easy.

To keep things as straightforward as possible, we have put together a simple step-by-step for you to follow.

Who's in this year's show?

The 2020 series of I’m a Celebrity has all the makings of a classic. The celebs are already starting to arrive in Wales ahead of the show and fans are really excited by what the new series has in store.

First of all, Ant McPartlin is back in the hot seat alongside co-host Declan Donnelly after missing the series two years ago.

Celebrities include Paralympian javelin thrower Hollie Arnold who has won gold medals in almost every international competition. Joining her is Beverley Callard who most will know better as Liz McDonald from Corrie.

Alongside is journalist Victoria Derbyshire known for her BBC Two current affairs show. Another Olympic champion Mo Farah will grace our screens who needs little introduction and rather than running we'll see him chow down on various nasties.

Happy Mum, Happy Baby podcast presenter, Giovanna Fletcher who won't automatically be known to everyone but is the wife of McFly's Tom Fletcher.

TV presenter Vernon Kay takes his place as one of the more well-known faces this year who will appear with BBC Radio 1 presenter Jordan North.

Another soap actress, Jessica Plummer who plays Chantelle Atkins in Eastenders will join the group.

The new series of I’m a Celeb promises to be one of the best yet but if you want to watch from abroad you will be frustrated to find that it's not available in most countries.

Fortunately, you can unblock it and enjoy the entire new series with ease using a VPN. ExpressVPN is our recommended provider. All you need to do is sign up and download their app.

Now all you have to do is sit back and start squirming as the disgusting bushtucker trials begin.