Home » Entertainment » How to watch Home & Away online anywhere

How to watch Home & Away online anywhere 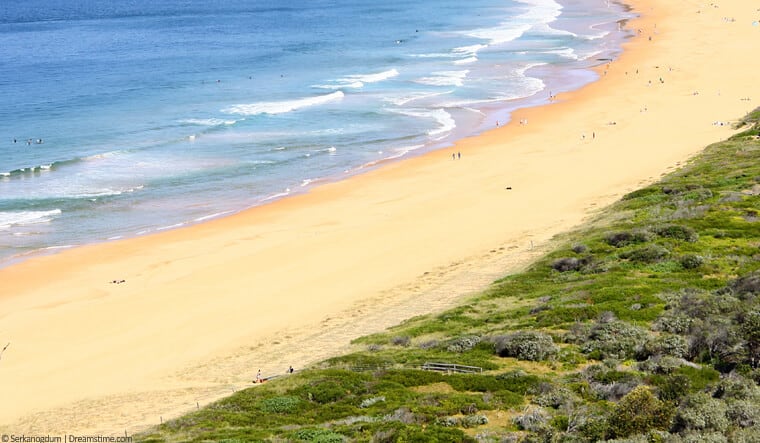 Home & Away is a top-rated television soap opera from Australia.

However, depending on where you are might change what kind of access you have to stream it.

In some countries, it's not available at all, and in others, it's well behind the Aussie schedule.

The great news is, this isn't a problem as there's a simple way you can watch with a VPN app which I'll be showing you in this quick guide.

As the show is so popular, it has many devoted fans who would do anything to be able to keep watching it even while travelling or moving abroad.

Of course, the same goes for the show's fans from outside of Australia.

So if you are truly interested in getting to watch from anywhere in the world, then below you'll discover the solution.

As you'll already know, Home and Away is Australian.

That means it's first shown on Australia's Network Seven and online on their 7Plus service (it's a bit like an Aussie iPlayer).

Unfortunately, 7Plus is blocked out of Australia, so you can't watch the latest episodes outside the country.

This is where a VPN app comes in to play.

It lets you appear like you are in Australia which will allow you to stream the goings-on from Summer Bay anywhere in the world.

VPN stands for ‘Virtual Private Network', and it is an app that allows you to hide your data, location, and identity while using the internet.

With it, you can appear to be located elsewhere.

For you, this means keeping up with the latest episodes of Home & Away.

VPN apps are straightforward to obtain, as they are available to nearly everyone around the world.

However, the trick is to figure out which service is good and which is not. There are hundreds of providers out there, but only a handful work well enough to stream in good quality.

Our extensive tests show ExpressVPN is best for this kind of thing.

They have super-fast download speeds which are essential for streaming video, and they're easy to set-up and use which means no messing around.

With it, you can connect to and unblock the content of 94 different countries, including Australia.

Alternatively, you could also use CyberGhost VPN or NordVPN, both of which work well, so you're free to pick the one you like best.

How to stream Home & Away with a VPN

So, to get watching, you'll need to follow the steps below:

As mentioned, every VPN is different, and the most important part is to pick one that has servers in Australia, offers decent speeds, and isn't blocked in the country.

If it has good prices, that makes it even better, and we recommend ExpressVPN.

Next, you need to go to your chosen VPN's website and sign up for an account. You will have to select a payment plan and enter your email address and payment details.

This step is very easy, as you can download apps for many different devices and systems, and you can do it directly from the website or your usual app store.

Of course, after downloading the app, you need to install it, open it, and log in.

Using ExpressVPN, you can do this by pressing ‘Selected Location' and then ‘All Locations', ‘Asia Pacific' and finally ‘Australia'.

Stream Home and Away using ExpressVPN.

Once you're connected, use the 7Plus app or visit the 7Plus website and start binging on every episode from Summer Bay.

What is Home and Away?

Home & Away is a television soap opera from Australia that follows the lives of the residents in Summer Bay, which is a fictional town located in New South Wales (It's actually called Palm Beach in real life).

Originally, the show focused on the Fletcher family and their foster children, who moved in from the big city.

The family adopted six children, with the adoption of their sixth child causing a lot of controversies. The show was inspired by a situation that its creator, Alan Bateman, himself experienced when he visited Kangaroo Point back in 1988.

He noticed that the locals of Kangaroo Point complained about the construction of a foster home, as they were against the idea of city children living in the area. Bateman decided to explore this concept, and the show was born.

Can I watch anything else?

As mentioned, a VPN allows you to unblock any content in a significant number of countries, with the size of the server network depending on the provider you chose.

However, with a VPN, you can watch pretty much anything on 7Plus or other channels and streaming services that Australia has to offer.

Of course, you do not only have to watch Australian content, as you can also unblock different versions of Netflix, the UK's BBC iPlayer, Hulu, HBO, and much, much more.

Australia is known for its shows, which are very interesting to locals and foreigners alike.

By using a VPN from ExpressVPN, you can watch all the latest episodes of H&A from anywhere.

Sign up, download their app, connect to Australia and then sit back and enjoy one of the best soaps to have come out of Australia since Neighbours.