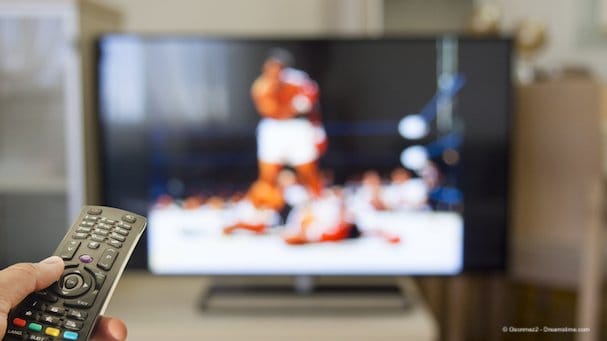 Adonis Stevenson boasts one of the most devastating punches in the entire boxing world and it will be put to the test at the start of December.

He’ll be defending his WBC Light Heavyweight title in Quebec City, in his home nation of Canada against the Ukrainian, Oleksandr Gvozdyk.

With the challenger 10 years his junior and unbeaten in professional boxing, it promises to be a scintillating bout. But as with all big boxing bouts you will have to pay through the nose if you want to watch live.

In this article, we will explain how to keep your money in your wallet and watch Gvozdyk v Stevenson live and for free with the help of a VPN.

What you need to watch the fight

The rights to screen Stevenson v Gvozdyk have been snapped up by Showtime in the USA, while Sky are likely to have coverage in the UK.

Elsewhere in the world, other broadcasters will be streaming the action live and, in some cases free. One such channel is the Russian broadcaster Match TV.

This is where a VPN comes in. All broadcasters, including Match TV, will be required to restrict online access to the Adonis Stevenson v Gvozdyk fight to viewers and internet users in their own country.

With a VPN such as ExpressVPN, it is possible to get around these restrictions.

By connecting to a VPN server in another country, you can access streams which are only available to people in that country.

So, if you connect to a Russian server, you will be able to watch the Match TV live stream of the Stevenson v Gvozdyk fight, which also happens to be available for free, from anywhere in the world.

How to watch the fight

If you think using a VPN to access overseas streams sounds complicated, don’t worry. It really isn’t. The hardest bit is choosing the right VPN for the job. But we have tested all the best VPNs on the market with Match TV to identify our recommended top 3:

ExpressVPN is our pick of the providers thanks to their fast speeds, Russian server selection, and fantastic 30-day money-back guarantee, which means you can get every penny back if you are not completely satisfied.

Using ExpressVPN to watch Gvozdyk v Stevenson is a really simple process too. To help you, we have put together a simple step-by-step guide you can follow:

Adonis Stevenson’s defence of his WBC Light Heavyweight title against Oleksandr Gvozdyk will take place on the 1st December at the Videotron Centre in Quebec City.

The ring walk is expected at 3 am GMT.

Save 49% off the standard price

What are the fighter stats

It promises to be a scintillating bout. The 41-year old reigning champion comes into the fight with a record of 29 wins and just 1 defeat from his 30 professional fights. 24 of those wins have come by KO.

His Ukrainian challenger, who is based in the USA these days, is a full ten years younger and is unbeaten in his 15 professional fights so far. 12 of those wins have come by KO.

Gvozdyk also has a slight height advantage over Stevenson standing at 6’2” compared to the Candian’s 5’11”. But Stevenson boasts the longer reach by a full 4cm.

Since winning the WBC Light Heavyweight title five years ago, Stevenson has faced some criticism for the calibre of opponents he has faced. But in Gvozdyk, who is a mandatory challenger, his reign looks to be under serious threat in a fight which looks sure to be compelling viewing.

Recap: How to watch the full fight

You won’t want to miss a minute of the Stevenson v Gvozdyk fight and, with the help of a VPN, you won’t have to, even if pay-per-view is usually too expensive for you.

Just sign up for a VPN such as ExpressVPN and connect to one of their Russian servers. You will be able to enjoy a live and free stream of the bout on Russia’s Match TV from anywhere in the world.

Our testing shows that ExpressVPN is the best VPN for the job, but if you are not completely satisfied with them, they still offer a great 30-day money back guarantee too.

You’ll even be able to watch the Fury v Wilder fight straight after. For boxing fans, it really is a no-brainer!

Do you think Stevenson will be able to retain his title or will the younger Gvozdyk knock him from his perch? I would love to know your thoughts so drop a comment below.