How to watch the Great North Run outside the UK 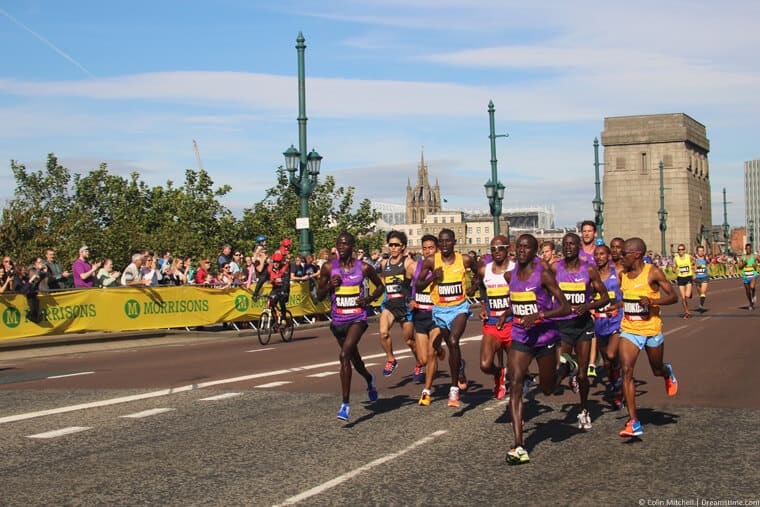 The Great North Run has been gaining more and more attention in recent years, and if you are interested in watching live coverage, you are about to learn how to do it from anywhere in the world.

It is an annual event that takes place in September, meaning that you will have the opportunity to view it soon if you are interested in watching it.

However, for those living outside of the UK – you will need some help with finding a live stream and below, I'll be showing you how.

When is the run taking place?

As mentioned, the Great North Run typically takes place once per year, in September, although it has been known for being delayed until early October on occasion.

In 2019, the race is scheduled to take place next Sunday, on September 8th.

Now, when it comes to watching the Run, you will only find it on BBC One, or the UK's most popular online streaming service – BBC iPlayer.

However, these services are only available for those who are physically in the UK, and they don't work in other countries. So if you're in another country, you're out of luck.

There's a popular security app called a ‘VPN‘ and one of its features is letting you disguise your location and appearing elsewhere.

There are lots to choose from, but ExpressVPN is the best choice in our opinion, thanks to fast speeds, lots of connection points, and the ability to unblock UK content, which is not something that every other VPN can do.

With it, you will have excellent video quality and no buffering while streaming the run plus access to pretty much everything else that the iPlayer has to offer after you've finished watching the half marathon.

Alternatively, you can also use NordVPN, CyberGhost VPN or many listed in our VPN Comparison Guide, so you're free to choose.

The next thing that you should know is how to live stream the event. The process is straightforward, and all you need to do is follow a few short steps.

You will have to pay a monthly fee or subscribe to a longer plan, which typically comes at a discount.

The next step is to download the VPN app for the device you wish to watch the Run on.

Pretty much every VPN has a dedicated app for PC or smartphone, while some better services like ExpressVPN support many other devices.

After getting an app, install it, launch it, and log in. By pressing the ‘Selected Location‘ button you will see a list of countries. Choose the ‘United Kingdom‘ and then click ‘Connect‘.

At this point, all that remains is to go to the BBC iPlayer website or use their app and enjoy watching the Great North Run wherever you may be in the world. The live coverage start time is 9:30 am BST so don't miss it.

What is the Great North Run?

As mentioned before, this is an annual event in North East England, which typically takes place in September.

The Great North Run start line is in Newcastle upon Tyne and while the finish line is in South Shields. The route is not particularly long, but it does include several roads that are closed for several hours before the race begins and takes in the iconic Tyne bridge along the way.

The Run itself was devised by former Olympic 10,000m bronze medalist, Brendan Foster, who was inspired after a particular run in New Zealand 40 years ago, in 1979. Since then, he helped create several ‘Great Runs'.

The first Great North Run took place in 1981, although that one was in June, instead of September.

The marathon still declares a winner each year, and for the last five years, it had the same victor when it comes to men's part of the Run. 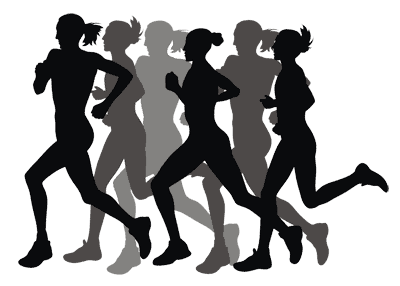 When it comes to women's participants, the last five years have seen Kenya's Mary Keitany as the most common victor, although she was beaten twice by another Kenyan runner, Vivian Cheruiyot.

Who holds the fastest time record?

Interestingly enough, the fastest time for the women's category was achieved in 2014 by Mary Keitany herself, with her time being 1:05:39, as mentioned. So far, Vivian Cheruiyot was the only one who managed to beat her, although not her time, or at least – not yet.

As for the men's category, the best time was reached in 2011, during the 31st Great North Run, by Martin Mathathi, also a Kenyan runner, who set a record of 58:56 for the completion of the Run. No one ever completed the marathon in under 59 minutes, apart from him.

The Great North Run has been a trendy event that has attracted people from all over the world for nearly four decades now.

It takes place in North East England, and it lasts for about an hour.

If you find yourself outside the UK at the time of the race, you'll have a difficult time watching. However, by using a VPN app you can unblock the UK's official live stream and watch anywhere in the world.

Sign up for ExpressVPN, download their app and connect to the UK. All you then need to do is visit the BBC iPlayer, get your running shorts on, squirt an energy gel, adjust your sweatband and get ready to cheer on your favourite runner.