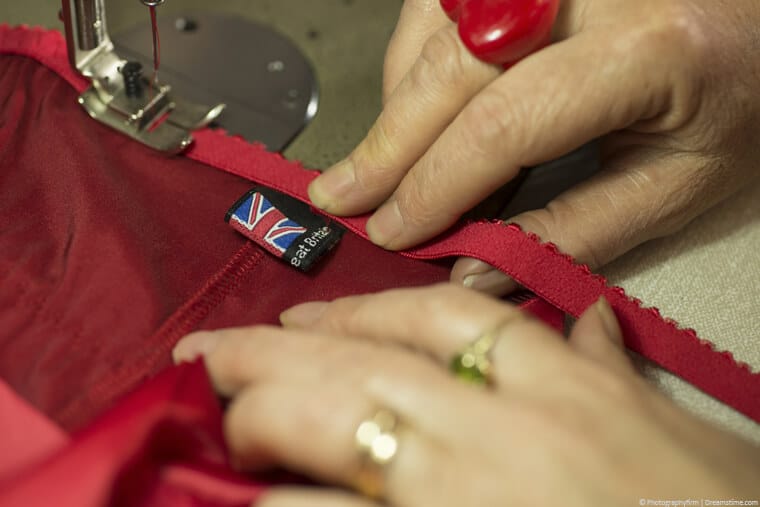 If you are a British expat or even a traveller far from home, and you start craving for something from back home, the Great British Sewing Bee might be just what you need.

The popular show will definitely draw you in and make you forget about how much you miss home.

Best of all, there are already seven series of it, so you will have enough episodes to watch and possibly inspire you at the same time.

The only problem is the fact that the show is only available while you are inside the UK. So while your UK-based friends chat about the show on social media, you can be left out in the cold.

Never fear! There's an straightforward way you can get viewing where you are and below I'll be showing you ho.

The tools you will need

To watch a geo-restricted show such as the Great British Sewing Bee, you need a special app – a VPN.

VPN stands for ‘Virtual Private Network' and it's an online privacy, security, and anonymity application that you can use to protect your data, hide your actions, as well as conceal your real location and appear to be located elsewhere.

It has a network of servers that allows you to connect to different locations all around the world.

Once you do that, every online service will think that you are located in the place you have connected to. Should you connect to the UK from abroad, you will have access to any UK service, as if you were back home.

Now, the top VPN for unblocking UK content is ExpressVPN, especially for watching TV programmes because of their fast streaming speeds.

It costs just a few pounds per month and there's a neat 30-day money back, so you've got an entire month to try it.

The standout feature for me is you're not limited to watching just the British Sewing Bee, but also any other TV shows from any service you want.

If you're a bit of a techie, check out our ExpressVPN review which lists their pros and cons.

Some examples of other good services include CyberGhost VPN and NordVPN, so if you've got time to shop around, the choice is yours.

Steps to unlock the show

If you would like to try our method and attempt to access the show via the VPN app, here is what you need to do next:

Also note that ExpressVPN offers a 30-day money-back guarantee, so if you ever decide that you don't like its service, you can ask for your money back.

Of course, you will still have to be within the first 30 days from the moment you initially subscribed to it for it to work.

What is the GBSB?

The Great British Sewing Bee is a top-rated UK show, that is a part of an entirely new culture of creative shows.

It is a spin-off of the format of The Great British Bake Off, which was such a huge success that several similar shows came after it, following the same concept.

When it comes to the GBSB, it is a show where talented amateur sewers compete to win the title of Britain's Best Home Sewer.

Each new episode features three challenges, all of which revolve around a single overall theme. Meanwhile, there are ten competing sewers, each of which will be eliminated in every new episode.

Their performance is assessed by judges, who decide whose performance was the best, or the worst. The judges also participate by providing patterns for the sewers to follow.

When is it shown?

In 2022, the show will see its seventh series, which will start on 14th April on BBC One.

There will be ten episodes in total, each of which will air every Wednesday evening at 9 pm, local time.

So, if you wish to watch the new episode as soon as it airs, you need to calculate when that is in your own time, depending on where you live.

Each episode lasts for about an hour, so it should not be too difficult to find room for it in your day. However, if the live time isn't suitable, you can watch later on catch-up.

The Great British Sewing Bee is an excellent show which is perfect for every British citizen stuck abroad, especially when thoughts of home start coming in.

It's also great to give you inspiration for your own homemaking or if you're more of a viewer than a doer, help you relax and while away an hour or so.

All you need to do is get a VPN from ExpressVPN and enjoy the Sewing Bee and other UK shows.