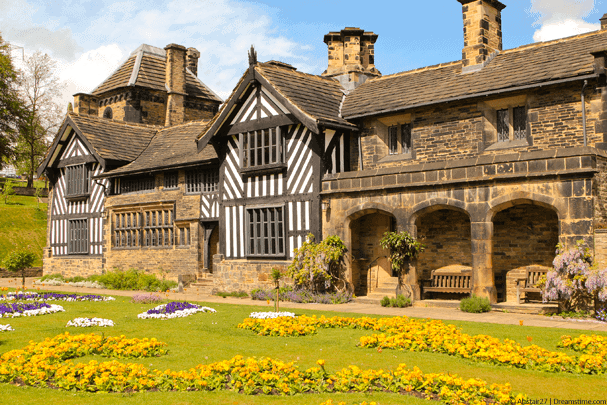 Gentleman Jack is finally here, after premiering on April 22nd in the US, it is set to arrive in the UK shortly.

The show has become an instant hit for portraying a modern struggle in a 19th-century environment. It is based on the diaries of a real-life woman, Anne Lister, which makes it all the more attractive to those who enjoy remarkable stories, especially if you love period dramas.

Below I’ll be showing you the quick and easy way you can watch this hit drama anywhere in the world – best of all, you don’t need a technology degree to do it!

If you are in the UK, you can easily watch the show on BBC and BBC iPlayer, as is the case with most other shows you might be interested in.

If you want to watch live, then switch the BBC on your TV, but if you prefer to watch online, you can do so either live or via catch-up using BBC iPlayer.

But, the UK is known for restricting its content, so this is not very helpful to those outside the country. If you live outside the UK, then keep reading.

If you are outside of the UK, you can still access the iPlayer and the show, but you will have to employ a VPN, such as ExpressVPN.

VPNs are apps that can unblock restricted content by allowing you to change your online location.

Of course, there are many decent VPNs out there, and not all of them are the same. That makes choosing the right one the most important step which I’ll explore below.

The best choice for unblocking BBC iPlayer is definitely ExpressVPN.

The service is extremely fast, with a massive network of countries available to connect to. This is important if you want to unblock other services and watch their content too.

There’s also a useful 30-day money back guarantee so if you’re a little apprehensive or for some reason it doesn’t work for you then you can get a full refund.

Plus if you choose a yearly plan, you can save up to 49% over paying monthly. A deal not to be sniffed at if you and your family enjoy your shows, movies, sport or other entertainment.

Apart from ExpressVPN, NordVPN and CyberGhost VPN are also reliable options; the choice is yours.

How to use a VPN to watch?

Now we come to the most important part, which is how actually to get and use a VPN for watching Gentleman Jack. The process is simple, and you can do it by following four simple steps.

The first thing you must do is go to the website of a VPN you chose. I’ve been using ExpressVPN but you can choose any.

You should find the “Sign up” or “get VPN” button easily enough, so click it, pick a payment plan, and fill out your payment details.

Most VPNs provide apps for various devices, from smartphones to desktops, smart TVs, and more.

In fact, ExpressVPN has apps for Android, Apple iOS, Windows, Mac, the Amazon Fire TV range of devices and more. So you’ll be able to watch Gentleman Jack on whatever type of device you want.

After signing up, you will need to download the app from the list of download links you’ll receive. The download should only take a minute, and another one is needed for installation so you will be all set in less than a couple of minutes.

The next step is easy. From the ‘Selected Location’ option choose ‘United Kingdom‘ and press ‘Connect‘.

That is all there is to it, and you can now switch to BBC iPlayer with your VPN working in the background and enjoy every episode of Gentleman Jack wherever you happen to be.

When is Gentleman Jack on?

Gentleman Jack premiered on April 22nd in the US, but you can watch from the UK release date on May 19th, which leaves you with about a week to get a VPN.

What’s Gentleman Jack all about?

As mentioned, Gentleman Jack is a drama based on the real-life story of a woman named Anne Lister – a known landowner and industrialist.

The show is based on Lister’s diaries, which contain over 4 million words, and were mostly written in secret code.

Lister became one of the most formidable women of this era by reaching high society through her charm. However, she also had a plan that shocked the people around her – to marry a woman in 19th century UK.

As you can undoubtedly imagine, this was quite a struggle, so make sure you watch the show to experience her story.

The show will be packed with characters, although the main role Anne Lister will be played by Suranne Jones.

Then, there is Ann Walker, played by Sophie Rundle. Other main characters include Joe Armstrong as Samuel Washington, Amelia Bullmore as Eliza Priestley, as well as Rosie Cavaliero as Elizabeth Cordingley.

Gentleman Jack is a deep story of a real struggle that takes place back in the early 19th century, focusing on a woman often referred to as the “first modern lesbian.”

As such, it was an instant hit in the US, but it has yet to arrive in the UK. With the premiere date approaching, you should make sure that you can watch it from anywhere in the world, by getting a VPN allowing you to watch the entire series on the UK’s BBC iPlayer.

The best option is ExpressVPN, although you can choose any service you wish. Just make sure that it works with iPlayer, as not all do.

Don’t forget, you can save 49% if you subscribe for a year and if it doesn’t work out for you get a refund using their 30-day money back guarantee.