Home » Entertainment » How to watch Gangs of London outside the UK

How to watch Gangs of London outside the UK 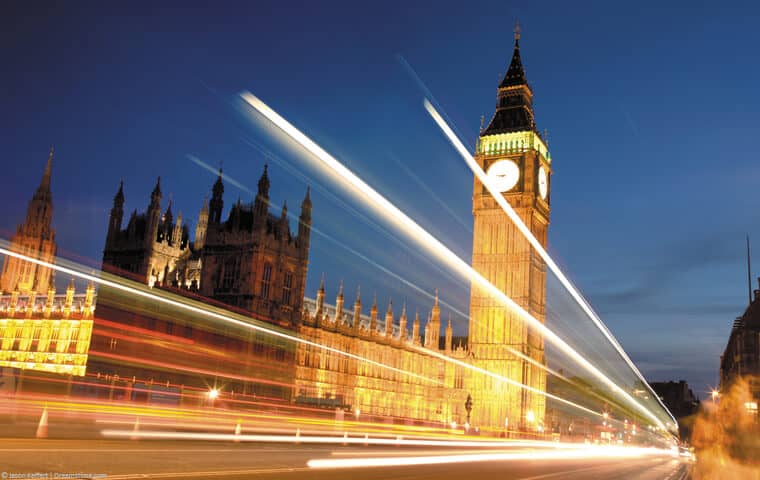 If you are a UK citizen stuck abroad, or even if you are just interested in watching Gangs of London from anywhere in the world, you likely know by now that doing so is next to impossible.

Gangs of London is currently being shown in the UK but it won't actually make its way around the world until much further in future and most countries won't end up showing it at all.

But, there is still a very easy way to unblock the series and watch it from anywhere now.

This is perfect for these long days of still on-going self-isolation and voluntary quarantine that many of us are enduring.

So, if you want to check out the TV show that The Guardian said “there is going to be something really good here” about, keep scrolling to find out how.

Where is the Gangs of London available?

Those located in the UK can access Gangs of London on Sky Atlantic right now via your Sky TV subscription.

Other than that, it is also available via Now TV, but once again, that only covers those who are physically located within the country.

Unfortunately, if you find yourself outside of the United Kingdom, you cannot watch the series due to geo-restriction of the services that are providing it.

Being geo-restricted, they are only available for people in the UK, or rather, those whose IP address confirms that they are in the UK.

So let's find out what you can do if you're not in the UK.

The easiest way to unblock the show is to use a VPN.

These are online services that allow you to change your online location and appear to be located elsewhere. This ability makes them perfect for streaming content from other countries, as they can unblock almost any service.

They also play a large role in keeping you secure while you are using the web which is their original purpose.

However, their usefulness in online streaming is what made them extremely popular over the last few years, especially among foreigners who wish to access UK or US content.

Of course, not just any VPN will do, and your best options include providers such as:

My favourite right now is ExpressVPN and I really like they have a 30-day money back guarantee allowing you to test it without risk.

However, these three are definitely capable of unblocking UK content at this time, so it's up to you which you sign up to.

Step-by-step to get started

If you are interested in unblocking Gangs of London with a VPN, but you are intimidated by the VPN technology – don't be.

Using VPN is effortless and straightforward, and after the initial setup, all it takes is clicking one button to connect and unblock almost anything that the UK has to offer.

As for the setup itself, here is what you need to do:

Use ExpressVPN to watch the series anywhere.

Now you're connected you'll need to either use your own or a friend/family member Sky account to get watching.

Alternatively you can sign up for free trial of Now TV and watch without a Sky subscription.

What's Gangs of London about?

Gangs of London is a British-American action-crime drama TV series that, as the name suggests, focuses on gangs operating in London.

Basically, it follows the struggles between various criminal organizations in modern-day London, including various gangs, as well as others.

It has nine different episodes at the moment, all of which aired in the UK quite recently, on April 23rd, originally appearing on Sky Atlantic.

The series sticks to London, which is one of the world's most dynamic and multicultural cities. However, the city is torn apart by the power struggle between different international gangs, all of which wish to control it.

There are a couple of other locations outside of London from the UK and across the world, although it's mostly focused on London. It's great for trying to spot various landmarks if you've been there.

The series centres on the major power vacuum that emerged after the head of one of the largest crime families got assassinated, which threatens to cause an all-out war.

Who stars in the show?

There are several different families in the series, with the Wallace family currently having the greatest number of more notable members.

There is Joe Cole, playing Sean Wallace, the heir to the criminal empire of the assassinated Finn Wallace.

You'll know him as John Shelby from Peaky Blinders or recent films like A Prayer Before Dawn.

There is Finn's wife Marian, played by Michelle Fairley, as well as Finn's and Marian's daughter, Jacqueline Robinson, played by Valerie Kane.

Fairley will be familiar to you if you're a Harry Potter fan as she played Mrs. Granger in the Deathly Hallows.

Other members of the family include Billy Wallace (Brian Vernel), as well as Finn himself (Colm Meaney).

Other major roles include Lucian Msamati as Ed Dumani, Paapa Essiedu as Alexander Dumani, Narges Rashidi as Lale, and others.

DenofGeek has a great round up of the stars and where you'll have seen them previously.

Gangs of London is a series with huge potential, as well as one that attracted quite a bit of attention as soon as it came out.

If you got stuck abroad due to the on-going pandemic and found yourself unable to watch the premiere, you can still access it from a foreign country through a VPN.

ExpressVPN is my recommended choice as I found them able to stream the show no problems and in top quality so if you're a picture-quality buff you won't be disappointed.

Have you watched the series yet? I would love to know your thoughts. Is this a modern day Peaky Blinders or something more? Let me know in the comments section below.