How to watch the Fury vs Wilder fight live online 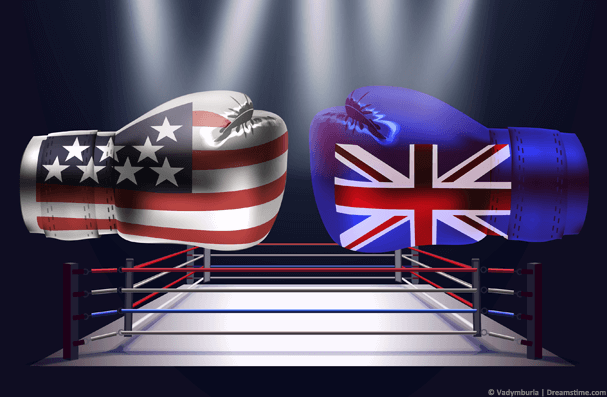 The Tyson Fury vs Deontay Wilder fight is the biggest fight to end the year and with an unbeaten run of 40 fights straight, Fury has a massive task on his hands.

If you ask the pundits though, Fury who spent over 2 years out of professional boxing has the upper hand and is likely to be the victor in this huge clash.

The WBC Heavyweight fight is being shown in some countries on pay-per-view but in others, it's not being shown at all.

If you don't have access to a legitimate stream in your country then you've probably already started researching ways you can watch the fight.

There will be tons of illegal streams but I highly recommend against these. Not only are they illegal but they're risky. Plus there's an even easier way to watch a high quality legitimate stream of the fight and it'll cost you next to nothing.

How can I watch Fury v Wilder live online

The Fury v Wilder fight is being shown completely for free in Russia on the MatchTV network and on their online streaming service.

You'll need to grab a VPN app to watch this because without you'll be blocked from viewing (unless you're in Russia of course).

Using a VPN app will allow you to watch Fury v Wilder in any country.

For this I recommend using ExpressVPN but there are a couple of other VPN services suitable to unblock and watch the fight. If you've got a bit of spare time on your hands then check out NordVPN and VyprVPN too.

A VPN will cost a couple of pounds or dollars but you won't need to pay to watch the fight itself. If you want to know more detail about what a VPN is then read our beginner's guide.

Where to watch the fight online

Follow the steps below which will let you watch the Fury v Wilder fight live:

Once you're connected to ExpressVPN you can now watch the entire Fury v Wilder fight live.

It doesn't matter what country you're in. This works in the UK, USA, Canada, Australia, Japan, Singapore, South Africa or anywhere else.

When is the fight being shown?

Live coverage starts at a respectable 6 pm on Saturday, 1st December if you're in Los Angeles, United States where the fight is taking place.

For the rest of us freezing in Britain right now, that's a more unsociable 2 am in the middle of the night on Sunday (3rd). However, it's definitely a fight worth staying up or getting up for so I'm sure you won't mind the somewhat disgusting hour.

The actual fight likely won't take place for a couple of hours later until around 8 pm Los Angeles time which is an even more dizzying 4 am in the UK.

As with all boxing you'll need to tune in from 6 pm (local time) or whatever the time in your country to make sure you don't miss the action as it could start earlier or later than planned.

The fight is taking place at the Staples Center in Los Angeles.

Neither Fury nor Wilder has fought at this venue before or taken on each other. The closest they came to fighting was when Wilder beat Audley Harrison back in 2013.

At that point it sealed the deal that these two huge names of boxing would meet but it has taken 5 years for that to come to fruition.

You can find out who the Fury v Wilder undercards are here.

Of course with most of boxing the fights are less about the titles and more about the bragging rights.

In terms of belts this is the challenge for the WBC World Heavyweight title that has been in Wilder's grasp for near four years.

Fury has previously held every other worthwhile title after taking down Wladimir Klitschko in the 2015 fight that thrust him into the spotlight.

Fury lost all his belts soon after the fight and was stripped of his boxing licence after various issues including depression and cocaine abuse. After re-entering the world of boxing in 2018 he has since gone on to beat Sefer Seferi and Francesco Pianeta.

Boxing fans are excited, I'm excited and I'm sure you're thrilled. This is going to be the biggest showdown to end 2018.

If you don't have access to watch the fight on a legitimate stream and you should avoid sketchy streams then the best option is to watch a live stream of the fight from overseas.

You'll need to get a VPN to watch the fight. Then connect to Russia which will let you watch the full official live stream anywhere in the world.

Who do you think is going to win the Fury v Wilder fight? I would love to know your predictions so why not drop a comment in the section below?