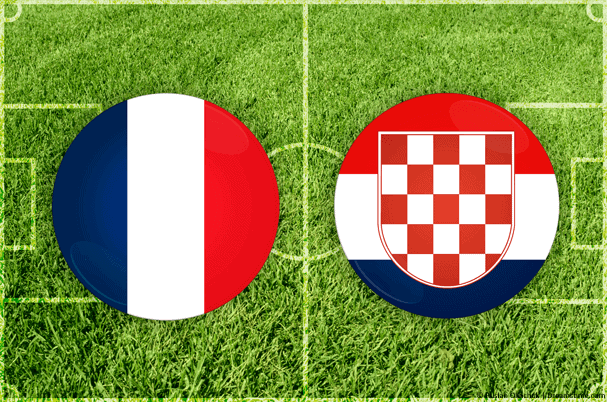 The World Cup Final is finally here and in this guide I'm going to show you the best way to watch all the action live online from any country in the world.

France takes on Croatia in the Final of the 2018 World Cup and it promises to be an exciting finale after just under 4 weeks of thrilling football action.

The Final is of course the big one and if you're like most people you'll want to tune in to watch all the action live online. Unfortunately though some countries won't be showing the World Cup Final or if they are it's reserved for expensive cable networks.

Below I'm going to show you how you can watch the World Cup Final in up to Ultra HD quality online from any country.

Where to watch the World Cup Final

The World Cup Final is being shown on some channels and networks around the world completely for free.

One of the best is the UK's BBC channel which also has an online streaming service called BBC iPlayer. If you're in the UK you can simply watch online without issue.

If you're outside the UK then you're going to need to help of a VPN app to watch on BBC iPlayer.

The reason why watching on BBC iPlayer is best is not only because it's free but they're also showing the World Cup Final in up to 4k Ultra HD quality which means you'll get the very best quality coverage of the France vs Croatia match.

As I said you'll need a VPN app from a provider like my recommended one, ExpressVPN which will allow you to watch on BBC iPlayer anywhere in the world. Below I'll show you how easy it is.

How to watch the World Cup Final Steps

To watch the World Cup Final in your country on BBC iPlayer you'll need to get yourself a VPN app. Not all work with BBC iPlayer so it's important to get one that does. Three I've tested and work are:

I recommend using ExpressVPN because they're really easy to use. They also come with a risk-free 30-day money back guarantee and you can get 3 months free with their annual package so it really makes sense. However, any of the above will work.

Once you've chosen one follow the instructions below, I'm using ExpressVPN as my example but it's much the same with the other providers too:

That's really all there is to it.

Once you're connected to the ExpressVPN app or the app of the provider you signed up with simply visit the BBC iPlayer website or if you have the app installed then use that.

If you don't already have a BBC iPlayer account then you'll need to create one and accept their terms & conditions. The account is free to create though.

Now just connect before kick-off and you'll be able to watch the entire France vs Croatia World Cup Final live in up to 4k Ultra HD quality from any country in the world.

ExpressVPN works on all kinds of devices from Windows and Mac computers to Android and iOS phones and tablets. They've also got an Amazon Fire TV / Fire Stick app so you can watch on that too!

When is the World Cup Final taking place?

The World Cup Final between France and Croatia is set to take place on Sunday, 15th July 2018.

Kick-off is set for 4 pm UK Time (BST) which is 6 pm local time in Moscow, Russia. You can use the website TheTimeZoneConverter to find out the time of kick-off local to you.

France vs Croatia who's going to win?

As soon as you look at the final you're likely to think France will win. On paper, they're the better team and they have a much greater history at winning the competition.

However, what may shock you is France have actually only won the World Cup one time and that was 20 years ago in 1998 when the tournament was played at home at the World Cup in France.

Another surprise for those of you not up on geography is Croatia is actually a rather new country that came into being in 1991 after being part of the former Yugoslavia. Since the country's inception they have featured in the World Cup a staggering 5 times, only missing out in 2010.

Until reaching the final of this 2018 World Cup in Russia, Croatia's best previous position was finishing 3rd after losing to none other than France (2-1) and then beating the Netherlands to take third position.

In all other years, Croatia didn't make it out of the group stages. So this year represents the best ever achievement for Croatia.

France, on the other hand, considering their long history have not done too well in previous World Cups. Apart from winning in 1998, their best achievements have been 3rd in 1986 and finishing 2nd losing to Italy in the 2006 World Cup Final.

As we all know, history means nothing in the beautiful game of football and with the determination of both France and Croatia, it will certainly be an explosive match. Who ultimately wins is anyone's guess.

Recap: How to watch the World Cup Final

The best place to watch the France vs Croatia World Cup Final is on the UK's BBC iPlayer service. If you're in the UK you can simply head over to their website.

If you're outside the UK you'll need to use a VPN app to spoof your location. A VPN allows you to make it look like you are in the UK. The result is you can watch the full World Cup Final match in any country in high quality.

I recommend using ExpressVPN because they've got a risk-free 30-day money back guarantee. You can get them by clicking the button below.

Once you've signed up download and install their app then connect to the United Kingdom. You can now watch the entire World Cup Final anywhere on the planet.