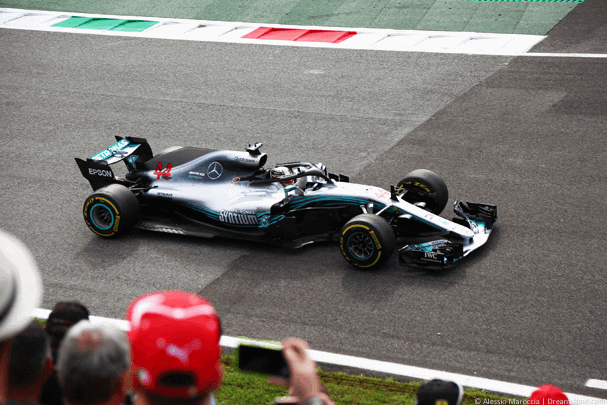 Formula 1 is back for the 2019 season and unfortunately unless you've got access to a cable subscription your viewing choices are pretty much none.

Previously in the UK at least half the races were streamed live for free on Channel 4 but for the 2019 season all but the British Grand Prix will be shown on Sky, so unless you've got a subscription to Sky you won't be able to watch any of the races.

Luckily in the world of technology, there's a pretty simple way you can tap into an official overseas stream of the Formula 1 races. So you won't need to resort to any dodgy or sketchy illegal websites which aren't just illegal but are pretty risky for the health of your computer or other devices you access on.

So if you want to watch Formula 1 for free this season read on to find out how.

What you need to watch Formula 1 free

Unlike the UK, in countries such as Switzerland, Germany and Austria the Formula 1 is still shown on free-to-air TV channels, basically the equivalent of Freeview in the UK or Channel 4.

These TV channels also stream online just like the UK's do. Unfortunately, you'll find these websites blocked unless you're from their intended country.

The great news for you is there's a legitimate app called a VPN that will allow you to pretend to be in one of those countries. The result if you hadn't already guessed is you can watch the Formula 1 2019 completely for free on one of those official overseas streams.

Where to get a VPN to watch the Formula 1

VPN services are trendy these days because not only will they let you access overseas TV services but they're also a legitimate tool for protecting your online privacy.

With their popularity, it means there is a vast amount to choose from (we even rounded up 21 of the best here) but not all are good enough for streaming live video such as Formula 1.

Our recommendation and that of many users is to use ExpressVPN. They're super fast which means you can watch all the races without buffering and they're easy enough that you can be up and watching within just a couple of minutes.

If you do however have a bit of time and want to check out some further options then these are the top 3 choices for watching the Formula 1 2019:

Once you've decided on one of the VPN services from above (it doesn't matter which) you'll need to download their app so you can unlock the Formula 1.

In the steps below I'm using ExpressVPN but it's much the same process with the other services too so you can adapt them easily no matter which VPN service you sign up for. 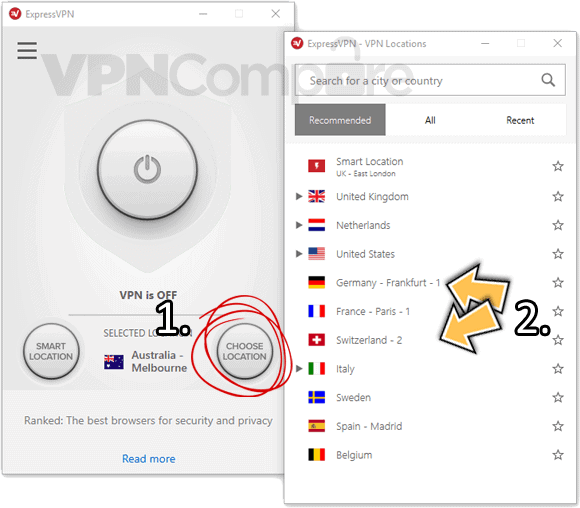 You can now live stream every race of the entire season for free.

You may need to switch between the different websites and connect to the corresponding country if you can't find a stream of the race.

Remember to connect to the following countries for the correct website.

Don't miss a moment of the action, the full 2019 race schedule can be found below.

Using a VPN from one of my recommended services above will let you watch Formula 1 on any device.

So you can live stream the races on Windows and Mac OS computers or laptops, Android and Apple iOS phones and tablets or even the Amazon Fire TV and Fire TV Stick if you want to watch on a big screen.

All three recommended services have apps for all those devices.

How does a VPN work with Formula 1

Formula 1 will be shown for free in some countries but the websites showing it are geo-blocked restricting access only to viewers within those countries.

If you visit those websites from the UK or any other country then you'll find yourself blocked.

A VPN passes your data first to that country and then on to the website you're trying to access acting as a middleman between you and the race stream.

As the website only sees a connection from the VPN in the same country, it doesn't block you allowing you to watch the entire race in the UK or elsewhere.

This year promises to be an exciting one. Lewis Hamilton will be hoping to repeat his huge success of 2018 and retain the title but with plenty of challengers it's not going to be an easy ride.

To watch every race live if you don't have Sky or a cable subscription in your country you'll need to get ExpressVPN.

This will allow you to watch the official streams from overseas. All you need to do is sign up, download their app, connect to one of the listed countries above and enjoy watching a live stream from abroad.