Home » Entertainment » How to watch FIH Hockey Live in the UK

How to watch FIH Hockey Live in the UK 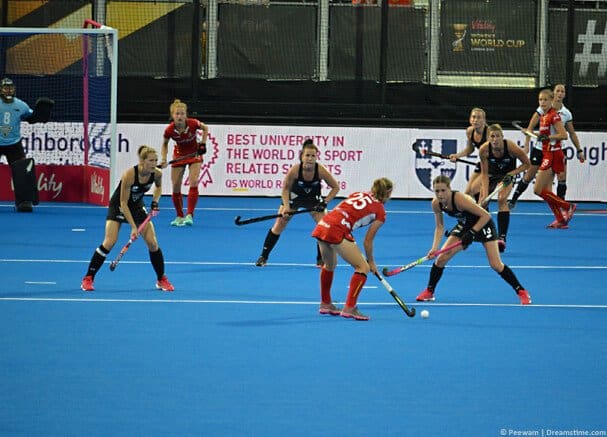 FIH Hockey matches are always a lot of fun, as well as very exciting, which is why they attract a lot of attention.

But watching them can be more difficult than you would imagine. FIH.Live is the place to watch the matches live but as we'll discover, it's not so simple.

A lot of people around the world enjoy watching them, and there are plenty more who have an interest, but unfortunately – they simply do not have access to watching live games.

This is mostly the case due to geo-restrictions and online censorship, and you can't find legal live streams of these matches in the UK and many other countries.

However, some places can watch them for free, and we will show you how you can join in as well.

FIH Hockey, as well as the FIH Pro League, can be watched for free on the FIH.Live website.

However, you might not have access to the site or more specifically, certain games, depending on where you live.

This is where a ‘VPN‘ app comes into play.

VPN allows you to hide your real location and change it to a region where the games are not blocked. Some FIH matches are restricted to viewing only within certain countries but with a VPN app you can unblock them all.

There are a lot of options but ExpressVPN is the best choice for this purpose, as it is among the fastest and it has major discounts on yearly packages allowing you to watch Hockey all year round.

Alternatively, you can also use IPVanish, which also offers a discount and a 7-day money back guarantee.

NordVPN is another top option, with a 30-day money back guarantee, and a massive list of locations.

How to watch FIH Hockey live

Now that you know what you need, it is time to learn how to get it.

The process is very simple, and there are only a few steps that you will have to follow. This is what you need to do: 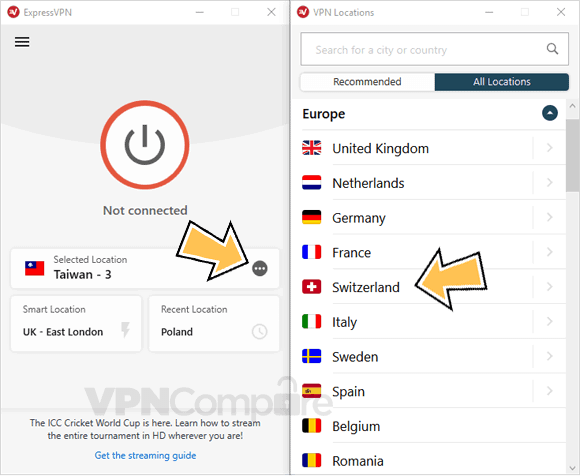 What is FIH Hockey?

It is nearly a century-old trend that came in response to field hockey's omission from the Summer Olympics of 1924. 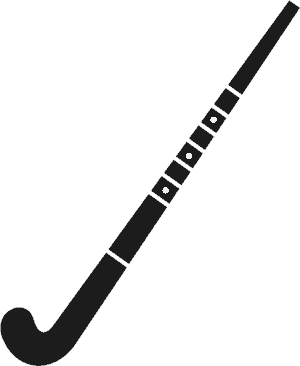 As we've already discovered, some games are restricted by country but by using ExpressVPN or one of the other recommended VPN apps you can unblock them and watch anywhere.

They are used for securing your internet connection, but they can also give you a degree of anonymity by disguising your IP Address, and hiding your location and identity in the process.

As a useful side effect, VPNs also allow you to bypass censorship and geo-restrictions, which has grown to be one of their primary uses.

This means you can watch FIH matches live regardless of what country you're in.

Can I watch outside the UK?

With a proper VPN, you can watch anything from anywhere.

VPNs allow you to connect to a server in a country that has access to certain content. No matter where you are, even if you are in the UK, the US, or anywhere else.

If you connect to a Switzerland-based server for example, you will have full access to FIH Hockey allowing you to live stream all the games.

VPNs often have several dedicated applications for various devices and systems, such as Windows, macOS, Android, iOS, Linux, and more.

ExpressVPN, for example, supports all of these systems, as well as devices on which the systems run. It also protects routers, Chromebook, Kindle Fire, and it even features VPN extensions for Chrome and Firefox. 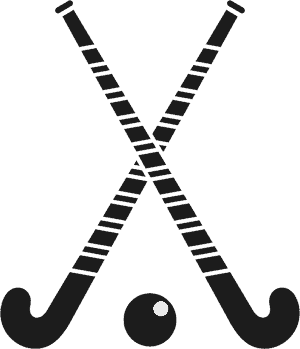 In other words, you can use it on any device that can use browsers.

Basically whatever device you want to watch Hockey on – you can!

If you are a fan of FIH Hockey matches, but you cannot watch them due to geo-restrictions and online censorship – a VPN is the right solution for you.

With a VPN, you can hide your real location and make it seem like you are located elsewhere allowing you to unblock and watch all the matches on FIH.live.

For this we recommend using ExpressVPN. They're easy to set up and use and have a 30-day money back guarantee in case you get stuck or it doesn't work for you.

Sign up for their service, download their app, connect to Switzerland and then enjoy watch all the Hockey matches whatever country you're in.