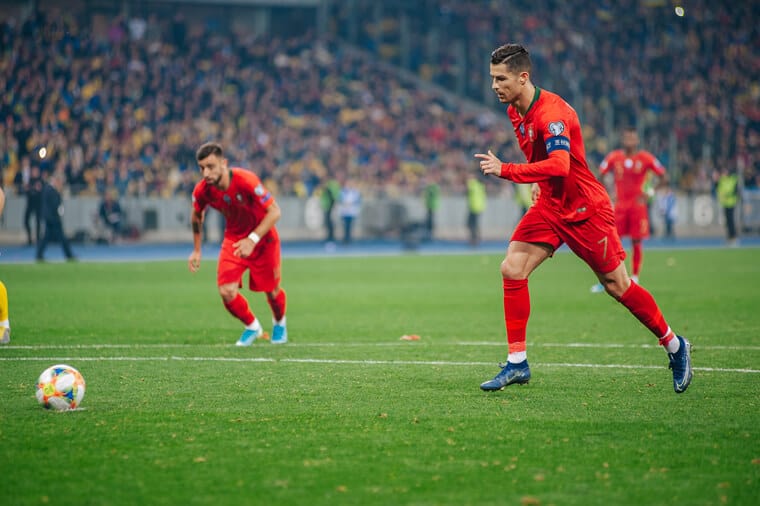 Football's coming home once more this summer, albeit only partially and a year later than scheduled.

It promises to be worth the wait however, with a special 60th anniversary competition being marked by games taking place right across the European continent.

For British fans, it will not just be the respective campaigns of the England, Scotland, and Wales teams to set the pulses racing but also that the semi-finals and final itself will be played at Wembley Stadium, the home of football.

With COVID-19 restrictions finally lifting and holidays back on the agenda, a lot of people may not be about to watch the Euro 2020 action unfolding.

It is quite simple to watch all of Euro 2020 online no matter where in the world you are.

All you need is a VPN and in this guide, we are going to tell you everything you need to know.

How to watch Euro 2020 live online anywhere with a VPN

Like all international tournaments, Euro 2020 is being shown exclusively on free-to-air broadcasters in the UK. The BBC and ITV will be sharing coverage between them.

For those planning to watch online, that's good news as it means there is no paywall to get over. But unfortunately that doesn't mean you can just watch from anywhere.

UEFA is selling the rights to Euro 2020 across the world and the BBC and ITV only have permission to show games in the UK.

This means they will have to deploy geo-restriction technology to prevent people watching their coverage overseas.

The BBC already does this quite robustly with their iPlayer service. The ITV Hub is usually a bit more relaxed but you can expect it to tighten things up for Euro 2020.

This is where a VPN app comes in.

A decent VPN is able to fool both the BBC iPlayer and the ITV Hub into thinking that you are in the UK even when you are not and so let you enjoy every game no matter where in the world you are.

The problem is that not every VPN can unblock these streaming services and offer the speeds and security you will need to watch every Euro 2020 game.

So, which VPN should you choose?

Our pick of the best VPN to watch Euro 2020 live online anywhere is ExpressVPN.

ExpressVPN has everything you need to unblock and enjoy Euro 2020. It has some of the fastest connection speeds around and these are consistent across all of their servers.

The server network is huge too with more than 3,000 available in 94 countries and 160 locations, including four different locations and hundreds of servers in the UK.

ExpressVPN is able to unblock both the BBC iPlayer and ITV Hub in all of these locations and it has strong encryption and privacy protections to ensure your connection is always secure.

ExpressVPN has simple, easy-to-use apps for all the most popular devices and comes with a terrific 30-day money-back guarantee too.

If you don't fancy ExpressVPN and want to try a different VPN instead, we would suggest NordVPN and CyberGhost VPN.

How to live stream Euro 2020 in any country

Once you have decided to go with our recommended VPN, ExpressVPN, getting things set up to watch Euro 2020 is far easier than you might think.

You should be aware that both the BBC iPlayer and ITV Hub require users to log into an account before watching.

Accounts are free to sign up for but you will need to provide an email address and, in the case of the BBC iPlayer, you will also need to UK postcode (such as W1A 1AA) and you will have to confirm that you are a license fee payer.

For the first time, the 2020 European Championships is being played not in one country but across the entire continent (which no doubt seemed a great idea before a global pandemic took hold).

Nevertheless, the plan remains and the tournament will take place at eleven different stadiums across the continent:

Stadium capacities will be restricted depending on the COVID-19 restrictions in individual countries.

UEFA expanded the number of teams able to qualify for Euro 2020 meaning that there will be a total of 24 teams competing in the tournament.

Just two of the teams will be playing in their debut European Championships; Finland and North Macedonia, with both Wales and Slovakia appearing in just their second tournament after both qualified for Euro 2016.

The full list of qualified countries in order of when they qualified is:

Reigning European Champions Portugal will not come into Euro 2020 as big favourites but with star man Cristiano Ronaldo still firing on all cylinders, they cannot be written off.

2018 World Cup winners France should be strong contenders again and have raised eyebrows with the inclusion of Real Madrid forward Karim Benzema in their squad after a six-year absence.

Spain have named a squad without a single Real Madrid player for a major tournament for the first time ever but will still be contenders as will Germany despite their mixed form in recent years.

They welcome Mats Hummels and Thomas Muller back to their squad. World number one ranked team Belgium should be there or thereabouts too.

Of the home nations, England have an abundance of riches at right back and in the middle of the park, but with Nick Pope ruled out, the big question will be over their goalkeeper.

Is Jordan Pickford up to the job?

Wales will be hoping Gareth Bale and Aaron Ramsey can deliver for them again while Scotland will be hoping Ryan Fraser can recover from injury and Chelsea youngster Billy Gilmour will justify his inclusion.

This time around Russia and Turkey both have strong line-ups while Poland will have an outside chance if they can get 41-goal Bayern Munich star Robert Lewandowski scoring freely.

Euro 2020 promises to be a delicious feast of football which is exactly what we all need after the past 18 months.

With a VPN, you don't have to miss a minute of the action.

Sign up for ExpressVPN today and you can enjoy live coverage of every Euro 2020 game on either the BBC iPlayer or the ITV Hub for free no matter where in the world you are.