How to watch England vs Croatia World Cup semi-final anywhere 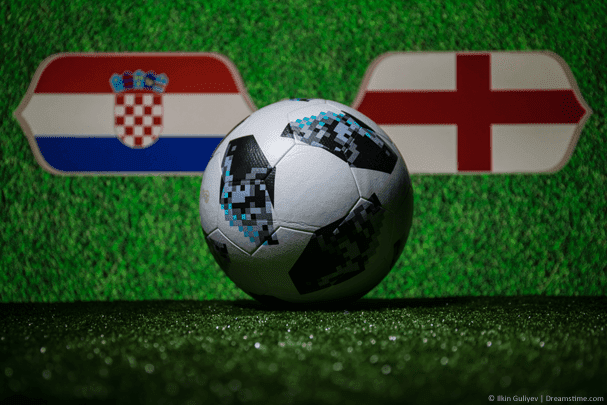 Watch England vs Croatia using our Recommended VPN: Get ExpressVPN

For the first time in 28 years, England will be appearing in the FIFA World Cup semi-finals. The whole country will be trying to tune in, as they take on Croatia for a place in the final.

If you have to be overseas on Wednesday, you won’t want to miss the game either, which is why we have compiled this article which explains how you can stream the game live no matter where in the world you are using a VPN.

It promises to be an historic occasion, with a young England team riding on the crest of a wave and with the hopes of a nation pinned on them. Can they deliver England’s first World Cup final appearance since 1966? You simply have to watch this game to find out.

How to watch England vs Croatia

The England vs Croatia semi-final will be broadcast on ITV1 in the UK. The channel was once thought to be a curse on England, but after broadcasting their penalty shoot-out victory over Colombia in the round-of-16, that jinx now appears to be broken.

ITV will also be streaming the game live through their ITV Hub service, which means people in the UK can also watch on computers or mobile devices too. But if you are not in the UK, you will be frustrated.

That is because the ITV Hub actively blocks users from streaming World Cup matches overseas. It uses geo-blocking technology to analyse all users IP Addresses. And if this bit of code tells them you are not connected to the internet from the UK, you will find the stream is blocked.

But fortunately, there is a way to get around this. By using a VPN, such as ExpressVPN, you can change your IP Address. If you connect to one of their UK-based servers, your IP address will be changed to a British one and the ITV Hub will happily let you stream the game, no matter where in the world you are.

It might sound complicated, but it is actually a very simple process. Take a look at our step-by-step guide below to learn more.

How to watch England vs Croatia outside the UK

Using a VPN to watch the England vs Croatia semi-final may be easy, but it is important to choose the right VPN for the job. Some providers are much better than others at streaming live content and access UK-based sites.

Our recommended VPNs for unblocking the ITV Hub are:

All of these VPNs will do the job, but ExpressVPN is our top pick. Using it to unblock the ITV Hub is easy to do. Just follow these six simple steps:

The ITV Hub also offers apps for most devices and you can also use these apps, along with your ExpressVPN app, to stream the England vs Croatia match too.

Get a VPN? Try our recommended VPN service provider

When is England vs Croatia being shown?

The historic World Cup semi-final between England and Croatia will kick off at 7 pm (UK time) on Wednesday 11th July. It is being played at the Luzhniki Stadium in Moscow, which will also host the World Cup final on Sunday 15th July.

If you are planning to stream the game from overseas, it is important to synchronise watches now to ensure that you know exactly what time the game will kick-off where you are!

The game itself looks set to be a close one, with two contrasting teams likely to offer very different threats. Croatia’s beguiling midfield has proved too much for big teams including Lionel Messi’s Argentina, who they dispatched 3-0 in the Group Stages.

England have been organised, strong on set-pieces, and in Harry Kane, seem likely to have the World Cup’s golden boot winner. But the draw has been kind to them and this game promises to be their first real test.

Given the passionate support England have seen, it is no surprise that bookies have them as favourites for this one. They are around 11/8 with most bookies, while Croatia are available at slightly longer odds of around 5/2.

Recap: How to watch England vs Croatia

This is only England’s third-ever World Cup semi-final, and no-one will want to miss it. The whole game is being broadcast live on ITV1 and the ITV Hub.

But if you are abroad, you will find this service blocked unless you use a VPN. We have recommended ExpressVPN as the best VPN for the job and provided a simple guide on how to sign up with them, download their app, and stream the game live.

Can England make it to their first World Cup final for 52 years? This is a match you simply cannot afford to miss. And fortunately, no matter where in the world you are going to be on Wednesday, you won’t have to!

What do you think the final result will be? Let us know using the comments section below.