Home » Entertainment » How to watch DC Titans in the UK

How to watch DC Titans in the UK 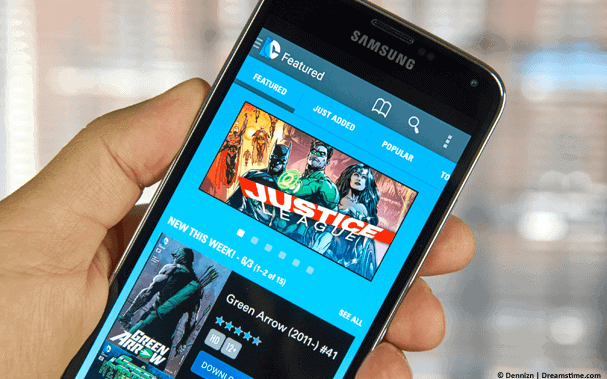 Comic book, superhero and DC fans take a seat. It's now possible to watch Titans from DC Universe in the UK and in this guide I'll show you how.

DC Titans or Titans as it is better known has been taking the US by storm. With an 8.3 / 10 rating on IMDB, there are very few fans who haven't fallen in love with this new show.

The series got off to a somewhat lukewarm start but after the first episode it has literally exploded with one user saying “Right now, I just can't stop watching. DC has a winner” and another “I'm hooked”.

Sadly though, Titans isn't available in the UK right now, nor is the exclusive streaming service DC Universe that it's shown on.

There is however a really simple way you can still get your fill of this latest DC show and for this, you'll need a VPN app.

How can I watch DC Titans in the UK?

To watch DC Titans in the UK you'll need to sign up for a VPN service.

This is an app simply known as a ‘VPN‘. A VPN is a great little app that lets you disguise your location. So essentially you'll become an internet superhero being able to ‘virtually' shift yourself around the globe.

If you haven't heard of DC Universe then it's essentially the Netflix of superheroes, more specifically it's the home of DC content.

DC are the creators behind the likes of Superman, Batman, Wonder Woman and nearly every other superhero (apart from Marvel's that is!).

How do I choose a VPN to watch Titans

There are hundreds of different VPN providers out there.

Just like superheroes some are better than others and have different features that make them stand out.

One of the most important features is speed. You'll need a fast VPN service to watch Titans in the UK.

We carried out some pretty exhaustive testing and the clear winner was ExpressVPN. They're the best for watching DC Titans in the UK.

Their app is really un-intrusive and easy to get connected to. So with set-up made easy all you have to worry about is if you can binge watch 1 more episode of Titans before bed and still make it up in time to get to work or school.

If you're happy to use some of your valuable Titans binge-watching time then it's also worth checking out NordVPN and CyberGhost VPN too which are also suitable for watching DC Titans in the UK.

How do I use the VPN to watch DC Titans?

Watching Titans in the UK is much easier than you might imagine. Even though a ‘VPN' sounds complicated, it really isn't.

You'll first need to sign up for one of the VPN services mentioned above, I recommend ExpressVPN.

Once you've signed up download their app. You'll find it in the ‘Products' section on their website.

Or depending on what device you're using you can search your regular app store for ‘ExpressVPN' and install it directly from there.

Open the newly installed app and either activate it following the instructions or log in with your account details.

On the app select ‘Selected Location‘ and then press ‘United States‘.

Depending on the app you're using it will either connect automatically for you or you'll need to press the ‘Connect‘ button.

Once you're connected to the VPN you'll need to sign up for DC Universe.

How to sign up for DC Universe in the UK

Follow these steps to get signed up to DC Universe in the UK.

Now you're signed up to DC Universe and connected to the United States with ExpressVPN you can now watch Titans.

You'll get a 7-day free trial of DC Universe so you can either binge-watch Titans madly and then cancel your subscription so you don't need to pay.

Or you can watch at a more relaxed pace and your first payment will be taken after the 7-day trial has expired.

What else can I watch on DC Universe in the UK?

This means you can watch new content like The Death of Superman, Batman Ninja and DC Daily plus some classics like the original Superman movies, Justice League: Doom, Wonder Woman series remastered and more.

To watch Titans in the UK you'll need a VPN app from ExpressVPN and to sign up for an account on DC Universe.

Sign up for a DC Universe account. You'll now be able to watch Titans in the UK.

I would love to know how many episodes of Titans you're going to binge-watch through now you can watch. Let me know in the comments section below.

Check out these other articles with superpowers: