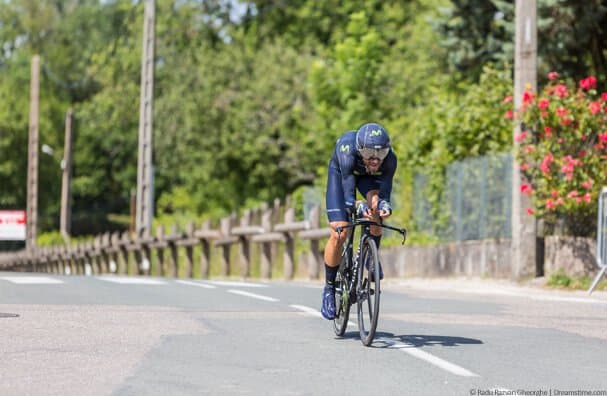 Fans of cycling have already had a lot of exciting races to watch, particularly in Europe during the past month or two.

This is the time of year when cycling races take place the most, and Critérium du Dauphiné is next on the list.

However, depending on where you are, you might not have access to any streaming services that will broadcast it.

Not all of them do, and those that are cycling-specific are rare and generally geo-restricted. As this event isn’t as popular as the Tour de France, for example, you’ll often find it on obscure subscription-only services that you might not have access to.

This means you’ll likely miss out on the cycling action.

However, in this guide I’ll be showing you how you can watch Critérium du Dauphiné from anywhere in the world without cable, and it is effortless and quick, oh and practically free too!

Where’s it shown and what you’ll need

The first thing to note is that Critérium du Dauphiné will air on Australia’s SBS Cycling Central service, which is what you will need to gain access to, to watch the race.

As you can imagine, just like most other Australian services and services in general, SBS is also geo-blocked outside the country, meaning that you won’t be able to access it directly.

At least not without help. The best way of going around the geo-block is to use a VPN like ExpressVPN.

A VPN is a legal privacy tool that’s used by millions of users daily.

As mentioned, our first choice for this type of thing is ExpressVPN, due to its great speeds, excellent prices that come with a discount on longer-lasting plans, and even a money-back policy lasting for 30 days.

Alternatively, there are other services available and you’re free to choose. My three recommendations are:

Just pick one and continue reading.

How to watch Critérium du Dauphiné?

Now you know where to watch it and what you will need, let’s see how you can actually watch it. There are a few easy steps that you should follow which you can complete within minutes.

Of course, note that not all VPN services have servers in Australia, and some of them won’t work for watching the cycling.

Because of that, you must be careful when choosing a VPN. ExpressVPN does work, however, and it will serve you well.

This year’s Critérium du Dauphiné will last for about a week, as usual, starting on June 9th, and ending on June 16th.

It will be the 71st edition of the race, which indicates its old age and popularity.

What stages are part of the event?

The race will have eight stages in total. The first one will be hilly, it will take place on June 9th, and it will start in Aurillac and end in Jussac.

The second one, also hilly, starts at Mauriac and will end at Craponne-sur-Arzon on June 10th. The third stage will finally see flat terrain, and it will take place on June 11th, from Le Puy en Velay to Riom. The fourth one, on June 12th, will include an individual time trial, starting and ending in Roanne.

However, on June 13th, cyclists will be back to flat areas, racing from Boën-sur-Lignon to Voiron. June 14th will see a return to hilly areas, where cyclists will go from Saint-Vulbas Plaine de l’Ain to Saint-Michel-de-Maurienne.

Finally, the last two stages will both be in mountainous areas, the first one on June 15th, from Saint-Genix-les-Villages to Les Sept Laux-Pipay, and the last one on June 16th, from Cluses to Champéry.

Of course, Critérium du Dauphiné is only one cycling event shown on SBS, and there are many others you can watch in the meantime. Races like Roubaix-Paris-Roubaix have already been shown but you can also view other up and coming races like the Tour de France and more.

Not to mention other sports on websites like PTV Sports. There are also numerous other streaming services that VPNs can unblock, such as Sky Go or BBC iPlayer, which you can watch from anywhere in the world.

This makes VPNs quite handy for UK expats and travellers, but also for anyone else who wishes to access these services.

Critérium du Dauphiné is approaching, and if you are a fan of cycling, you likely do not want to miss it. The easiest way to watch it is on Australian SBS, but the problem is that it is only available to those located in Australia.

Luckily, you can easily avoid these geo-restrictions with a VPN, and all you will need to do is get one.

ExpressVPN is one of the best options out there, and we strongly recommend it, they’ve got a risk-free 30-day money back guarantee just in case you can’t get it to work and there’s a 49% off deal on their yearly package right now which is worth checking out.

However, the choice is yours and as long as you pick any of the three listed early in this guide you’ll be able to watch the Critérium du Dauphiné wherever you are.