In this guide I'm going to show you the quickest, easiest and cheapest way to watch the Copa Del Rey Final in the UK and anywhere else between Athletic Bilbao and Barcelona.

All it needs is 5 minutes of your time and to follow 6 simple steps.

The Copa Del Rey is the biggest cup competition in Spain and sees the largest teams in Spain going head to head in a knock-out competition to reach the final.

Often the final ends up with two of the best teams in Spain and Barcelona and Real Madrid have featured many times.

This year it's the turn of Athletic Club (Bilbao) who were recently beaten by Real Sociedad in the late final of the 2020 competition and Barcelona.

If you're in the UK then the options to watch the Copa Del Rey can be extremely limited. It's officially being shown on Sky Sports but if you don't have access to a Sky or cable subscription then you're out of luck.

Thankfully there's an alternative way you can watch without having a cable or Sky subscription and it doesn't involve any sketchy or dodgy streams either.

In the UK the Copa Del Rey Final is being shown exclusively on Sky Sports but in other countries it's being shown by a variety of networks.

In many countries like Russia the network MatchTV that is showing the Copa Del Rey final is free but if you're outside Russia you'll be blocked from watching.

By using a simple app called a VPN you can make it appear as if you are in Russia and watch the Copa Del Rey Final in the UK or in fact anywhere else in the world. So if you want to watch Bilbao and Barcelona in full swing, this is the answer to your needs.

A VPN will cost you a couple of pounds or dollars for a months subscription and you can use it to watch other events too such as the Champions League and more.

Just follow the step-by-step guide below and you can watch all the Copa Del Rey Final action live online. 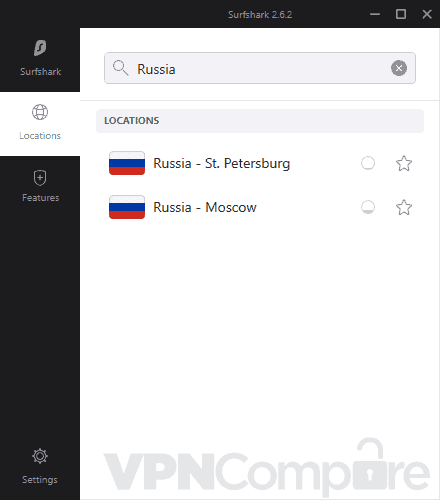 It works on all types of devices from Windows and Mac computers to mobile devices like Android and iOS phones and tablets.

You can reconnect at any time in the future and use the same service to watch other events like the Champions League or the World Cup.

When is the Copa Del Rey Final shown?

The Copa Del Rey Final this year is between Athletic Club and Barcelona.

The final is taking place in Sevilla, Spain at the Estadio de La Cartuja.

There's no need to worry because VPN services are completely legal.

Their purpose is to protect your online privacy and part of how it does this is by disguising what country you're in.

The MatchTV website that shows the Copa Del Rey Final in Russia restricts viewing to those in Russia only. A VPN allows you to pretend you are in Russia so to the website it seems like you are in Russia and lets you watch the final in the UK or anywhere else.

Surfshark isn't the only VPN service suitable for watching the Copa Del Rey Final on MatchTV but they are our recommended choice.

In our tests we found them to offer one of the best VPN services which meant we could stream TV without issues. It's important to select a fast VPN service like Surfshark or you could end up with buffering or other issues.

However, you may have time to search about and may want to check out the competition. If so, two other VPN services we recommend which are also suitable for watching the Copa Del Rey are:

Both providers work the same as our recommended choice Surfshark.

The only difference is their apps will look a bit different but the process is the same. Connect to Russia and then visit the Copy Del Rey live stream page as above.

To watch the Copa Del Rey Final in the UK you'll need to get yourself a VPN service. You can get one by clicking the button below.

Once you've got a VPN simply head over to the MatchTV Copa Del Rey final live stream mentioned in our 6-step guide above and you can watch the entire Bilbao vs Barcelona final in the UK or anywhere else in the world.

Ready to stream the match live?