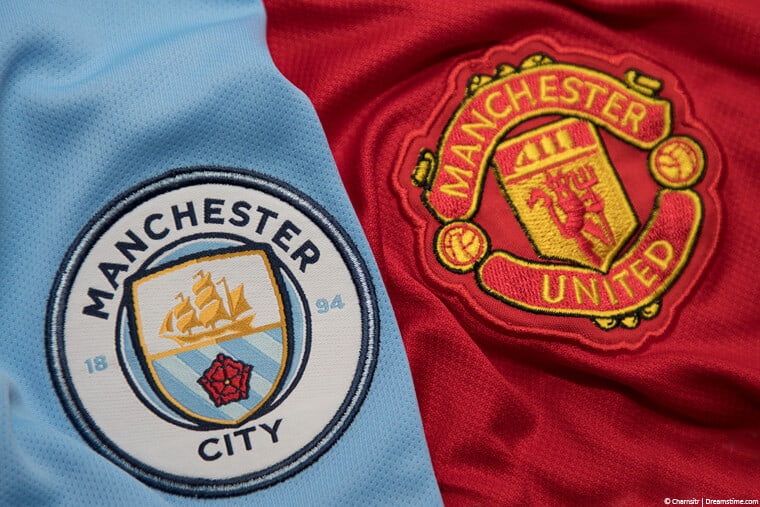 Man City v Man Utd… what could be better than that?

The Carabao Cup is slowly but surely approaching its end with the final just around the corner.

However, before we get ahead of ourselves, we have the second leg of the two clubs from Manchester. City fans around the world have already celebrated Manchester City's recent victory against Manchester United in the first leg.

However, that was only the first leg, and although they gained a healthy 3-1 lead, it is not over yet.

The trouble is that you are only going to be able to follow the Semi-Final provided that you are located in specific areas in the world, which is not the case for everyone.

So if there's no official way to watch in your country then below I'll show you how you can still watch regardless.

Let's start with what you will need to watch the match from anywhere.

As you probably know, both clubs are based in the UK and if you're a UK viewer, you can watch live on Sky Sports.

Unfortunately, if you're overseas at the time of the match or you're from another country, your options for watching can be limited.

Luckily, the match will also be shown on MatchTV, which is the official free streaming service for Russia.

Just like the UK services, MatchTV is restricted to Russia but by using a ‘VPN app‘ you can change your location, which will let you stream the game in any country.

VPNs are apps that allow you to stay secure online – they also let you change your ‘online location' to appear somewhere else.

You could also use a VPN to access your Sky subscription overseas too if you've got one and you're out of the UK at the time of the match.

Now you know what you need, you'll want to know where you can get a VPN.

While there are quite a few of them that are fast enough for online streaming, not a lot of services have servers in Russia.

Two services which work well are VyprVPN and Surfshark.

Both offer straightforward apps and offer decent speeds which is critical for streaming video such as live football.

Of course, it is your choice which VPN you will pick, but whichever it is, make sure that it actually has ‘servers' in Russia.

With the two recommended above, you can be certain that you can stream the matches.

How to watch Man City vs Man United

The only remaining step is to learn how to set everything up and stream the upcoming match.

The process is pretty quick and straightforward, which means that you will be done in no time ready to watch the Red and Blue of Manchester go head-to-head.

You will need to choose a payment plan and enter your email and payment details.

The next step is to choose which device you want to watch the match on and then download the appropriate app.

You can download an app for PC or Mac from the VPN site, or from app stores if you want to watch on a mobile device.

This step is pretty clear, and all you need to do is install the app, open it up, and log in with your login credentials from the first step.

Finally, once you log in, find a list of servers, and connect to any server in Russia.

All that remains now is to go to MatchTV and stream the matches in real-time, as they take place.

With the first round being behind them, both teams are now playing for their chance to get into the Final of the Carabao Cup.

The upcoming match is significant to both teams.

With City winning the last match 3-1, they are that much closer to being in the Final, and the squad will be giving its all to ensure the job is complete.

On the other hand, United suffered a home defeat and with recent bad feeling from fans the team is in a desperate need for a good comeback, so you know that they won't be holding back this time.

With United thumping Tranmere at the weekend it will have put them on a high.

However, comparing their 6-0 thrashing of a League One side against a strong City opponent won't count for much.

From everything that is known right now, Manchester City seems to be a favourite for entering the Final, meaning that many expect that this will be our winner during the next clash.

With a 3-1 victory in the last match, it is no surprise that City is everyone's favourite.

But, United has been known to get out of the tight spot before, and while a pretty big push will be needed, it is still not out of the question.

However, if I were a betting man, I would certainly be putting my cash on the Blue side of Manchester this time around.

Manchester City and Manchester United have had a major clash recently, and they are about to repeat it very soon.

This is a very important game, so even though 2020 has only started – there is plenty of excitement already, and it is certainly something that you do not want to miss.

Due to typical geo-restrictions problems, however, and the lack of official streams in certain countries, you may need to use a VPN app.

This will allow you to watch an official stream of the game from overseas.

You can then stream the match in high quality on MatchTV.

The only question left is, are you a Red or a Blue?