How to watch the Chinese Grand Prix 2018 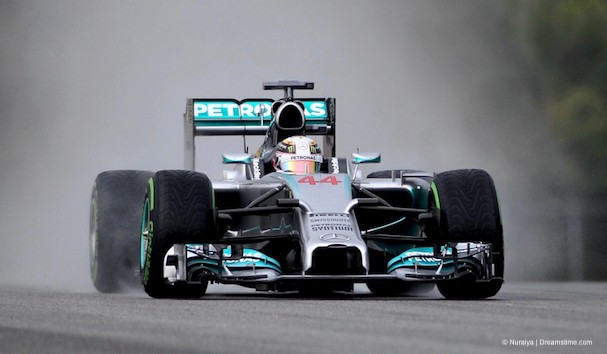 This Formula One season is already promising to be one of the closest and most entertaining in years. The third round of the Championship sees teams heading to China and, in this article, we will tell how you can use a VPN to watch all the action as it unfolds.

Like all of Formula One, Mercedes have been the dominant force in the Chinese Grand Prix in recent years, winning five of the last six events staged. But this season, it appears that Ferrari and Red Bull have begun to close the gap, which means this year’s race in China promises to be a close and exciting affair.

How to watch the Chinese Grand Prix

In the UK, the Chinese Grand Prix is being broadcast on Sky Sports F1, which is a subscription channel and costs quite a lot to watch. But don’t worry. The race is being broadcast on free-to-air channels elsewhere in the world, and as we will explain, with a VPN, it is still possible to enjoy all the action for free.

If you try to watch these overseas free-to-air channels without a VPN, you will find you are blocked from viewing. That is because all of these streams will use geo-restriction technology to stop anyone outside their own country from watching.

But with a VPN you can unblock these streams. A VPN is a small app that costs about US$5 – $8 p/m (approximately £3 – £4). It allows you to reroute your online traffic via an overseas server. This process alters your online location and so allows you to watch Formula One streams from overseas.

One channel which the Chinese Grand Prix will be broadcast on for free is ORF in Austria. They will be streaming the whole race live and you can watch live with the help of a VPN.

For live streaming, our recommended VPN is IPVanish, so below you will find a short and simple 5-step guide of how to watch the Chinese Grand Prix live on ORF using IPVanish.

IPVanish should only take a few moments to connect to their Austrian server. Once it has connected, you can visit the ORF live streaming site and you will be able to enjoy all the action from the Chinese Grand Prix.

When is the Chinese Grand Prix shown?

The Chinese Grand Prix itself will be held on Sunday 15th April, just one week after the second round of the Championship takes place in Bahrain. Practice and Qualifying for the race will take place on the Friday and the Saturday beforehand.

As the Grand Prix is taking place in Shanghai, which has a seven-hour time difference to the UK, it will be shown live on TV very early in the morning British time.

The race will, therefore, begin at 8am in Britain, but if you want to enjoy all the preamble as well, you will probably want to tune in from around 7am onwards.

So, if you want to watch the whole race live, you will have to be wide awake and logged in bright and early on that Sunday morning to catch all the action.

About the Chinese Grand Prix

The Chinese Grand Prix is held at the Shanghai International Circuit in Shanghai, which was the most expensive track on the F1 calendar when it was built in 2004, costing the Communist regime an enormous US$240 million.

That year saw the first ever Chinese Grand Prix being held at the circuit, with Ferrari’s Brazilian driver Rubens Barrichello claiming victory in the maiden race.

But while Ferrari won three of the first four Grand Prix’s in China, it is Mercedes who have been dominant force since. Lewis Hamilton claimed their first victory here in 2008 when they were just the engine provider for the McLaren Mercedes team.

After three victories under that guise, Mercedes became a team in their own right and have since won five of the past six Chinese Grand Prix’s. Their driver Lewis Hamilton is the most successful driver in the history of this race to date with a total of five victories under his belt.

It was Hamilton who won the Chinese Grand Prix last year, finishing 6.2 seconds ahead of Ferrari’s Sebastian Vettel. Despite the relatively close gap between the two, Hamilton led from start to finish and also set the fastest lap as he coped best with the early wet conditions and then managed his lead throughout the rest of the race.

While his track record suggests that Hamilton will cruise to another win at the Chinese Grand Prix in 2018, all the evidence so far this season suggests it could be a far tighter race than we have seen here in previous years.

It certainly promises to be a compelling event that no Formula One fan will want to miss. And fortunately, they won’t have to even if they don’t have a subscription to Sky Sports. All they need to do is sign up with IPVanish and then connect to one of their Austrian servers before watching all the action live on ORF.

If they prefer to watch it on another free-to-air channel, they can do that too, just by connecting to a server in the appropriate country.

So, with IPVanish you can watch all the action at the Chinese Grand Prix for free. And their service will also allow you to watch every other round of the Formula One World Championship too, making a VPN an essential investment for F1 fans everywhere.