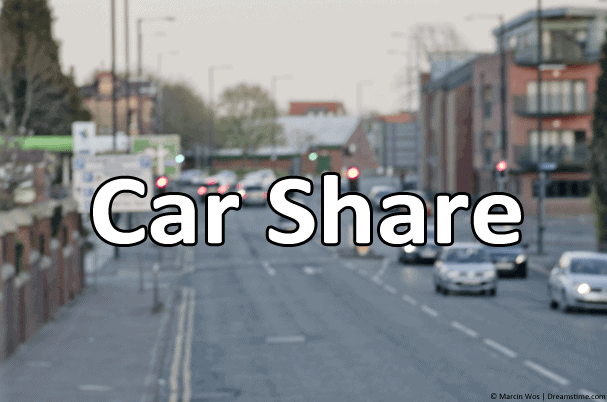 Every so often, a comedy show comes along and becomes an instant classic. Peter Kay’s Car Share is just such a show, and after previously saying that the show was finished after series two, it is back for one last hurrah.

There are to be just two more episodes (one of which is improvised) and they will both be screened on the BBC in May. But if you are going to be outside the UK in May, you can still watch the Peter Kay's Car Share Finale if you use a VPN.

How to watch the Car Share Finale outside the UK

The final two episodes of Peter Kay’s Car Share will be broadcast on the BBC, so if you want to stream them online, you will need to use the BBC’s iPlayer.

But, as with most streaming services, the iPlayer is not available to users outside the UK. This is because the BBC does not hold the overseas rights to many of the shows they broadcast.

As a result, they use geo-restriction technology to stop anyone outside the UK from streaming shows on the iPlayer. This uses your IP Address to see where in the world your internet connection is and then decides whether to grant you access or not.

Fortunately, it is possible to use a VPN to fool the iPlayer into thinking you are in the UK even when you are not. The BBC has tried to clamp down on this practice but they have only enjoyed limited success.

There are a number of VPNs which still work with the iPlayer and our recommended one is currently NordVPN. So, if you want to watch the finale of Car Share live or on-demand on the iPlayer, here is how to use NordVPN to do it.

If for some reason, the iPlayer doesn’t want to work, all you need to do is try a different NordVPN server. It rarely takes more than two or three tries to find one that works.

Fans of Peter Kay’s Car Share have been waiting a long time for the final episodes to be aired.

Ever since the end of series two there has been rumours about a new series and once Peter Kay confirmed that new episodes were on the way, fans have been on the edge of their seats in anticipation.

Last month saw a special preview screening of both episodes for a small bunch of fans which took place in Blackpool. But the dates they will air on the BBC have now been confirmed.

The Car Share: Unscripted special improvised episode will be on BBC 1 at 10 pm (BST/UTC) on Bank Holiday Monday, 7th May.

The BBC will then be showing the complete Series Two of Car Share on Monday nights during May. This will conclude with the final ever episode of Car Share, which will be broadcast on Bank Holiday Monday, 28th May, also at 10 pm.

Be careful to check what time these new episodes will be shown in your part of the world. Don’t forget that the clocks have now gone forward in the UK, so everything is now an hour ahead of GMT.

It will certainly be worth the effort. The whole country is desperate to know if John Redmond (played by series creator Peter Kay) and his supermarket co-worker Kayleigh Kitson (Sian Gibson) will finally get together after two series. A definite will they, won’t they.

Many fans were devastated by the end of Series Two when it seemed as if the two were not destined to be together. Will Peter Kay give them what they want this time around? You’ll have to tune in to find out.

The final two episodes of Peter Kay’s Car Share promise to be one of the televisual events of the year and no-one who has watched any of the first two series will want to miss them.

Fortunately, you won’t have to, even if you are going to be overseas in May. Because as long as you use a VPN, such as NordVPN you will be able to stream both of the final episodes live or on-demand, no matter where in the world you are.