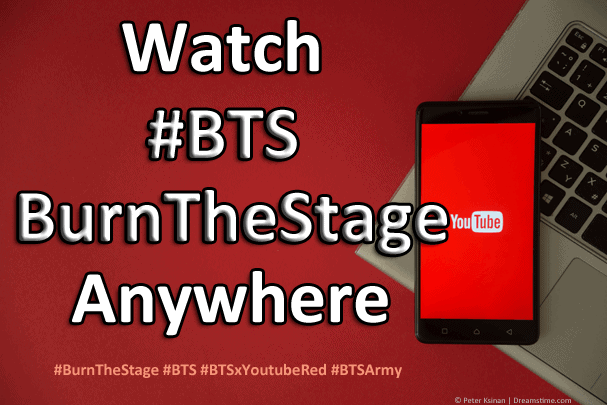 In this guide you'll discover how you can watch the BTS Burn The Stage documentary on YouTube Red from any country in the world.

If you're part of the BTS Army then you'll be excited to know that a new 8-part documentary is coming out. It's being released on YouTube Red which sadly is only available in select countries.

The good news is you can access YouTube Red in any country in the world by using a simple work around. To do this you'll need to get yourself an app called a VPN that allows you to change your online location.

You'll also need to grab a 2-month free trial of YouTube Red to be able to watch the 8 part series. But don't worry if it all sounds really complicated because it isn't and below we'll show you how in just 7-steps you can watch all of Burn The Stage anywhere in the world.

How to watch BTS Burn The Stage anywhere

If you try to access YouTube Red for Burn The Stage outside of one of the countries it's available in then you'll be blocked from viewing.

However by using an app called a VPN you can change your online location and make it appear as if you are in one of the countries that YouTube Red is available in.

Just follow the 7-step guide below that shows you how to get a VPN, how to use it and how to watch Burn The Stage from anywhere.

How to watch BTS Burn The Stage: 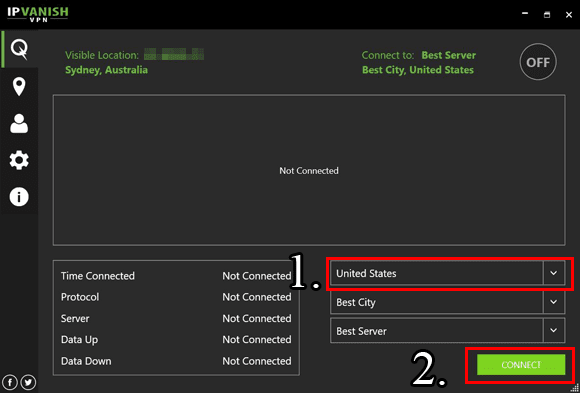 When you've finished watching an episode of Burn The Stage just press Disconnect on the IPVanish app.

You can reconnect at any time in future as each episode is released onto YouTube Red.

Don't forget to get the permission of the card holder if it's your parents credit card and you're under the age of card ownership.

When is Burn The Stage shown

It's an eight episode series that follows the band through over 20 cities covering more than 300 days of their world tour.

The first two episodes will be released on 28th March with the remaining 6 episodes being released each week from there on.

YouTube Red have definitely got an exclusive with this documentary which they say shows an “intimate, personal portrayal” of BTS and their tour. It's probably the closest you'll get to BTS and their inner most thoughts as they tour.

The documentary will be shown on BTS's Bangtan TV channel on YouTube and will be accessible to YouTube Red subscribers only.

So if you want to watch the entire Burn The Stage season, grab yourself a VPN and get a free trial of YouTube Red.

Yes, VPN services are completely legal and they're a legitimate way for you to protect your privacy online.

One of the feature of a VPN is it allows you to disguise what country you're in as part of the privacy protection.

It's this feature that lets you access YouTube Red and enables you to watch the entire Burn The Stage documentary.

Are there other VPN services available?

Yes, there are are a huge range of VPN services available from all different providers.

Not all are suitable for accessing YouTube Red and some are just too slow to stream video which would leave you with buffering when watching Burn The Stage.

We recommend IPVanish because in our tests we found them to be one of the best for use with YouTube Red.

If however you want to check out some other available VPN options for watching Burn The Stage then the following three are also suitable:

Just click on their names as with IPVanish, sign up, download their app and then connect to the United States. You can then visit YouTube Red and get a free trial for watching BTS.

A word of warning about ‘Free' VPN services

You might have seen recommendations to use “free” VPN services. This is strongly advised against. Free VPN services are often too slow and with millions of BTS fans scrambling onto them you can be sure you'll suffer buffering and pauses when watching Burn The Stage.

They're also risky for your online security, if you're interested to know more why “free” VPNs are bad then read here and here.

If you watch to watch BTS in Burn The Stage on YouTube Red in a country where YouTube Red isn't available then you'll need to get a VPN app.

A VPN will allow you to unblock YouTube Red and be able to watch it in any country in the world. Just click the button below to get a VPN and follow the 7 simple steps earlier in this guide to watch Burn The Stage in any country.