Home » Entertainment » How to watch Bondi Rescue in the UK

How to watch Bondi Rescue in the UK 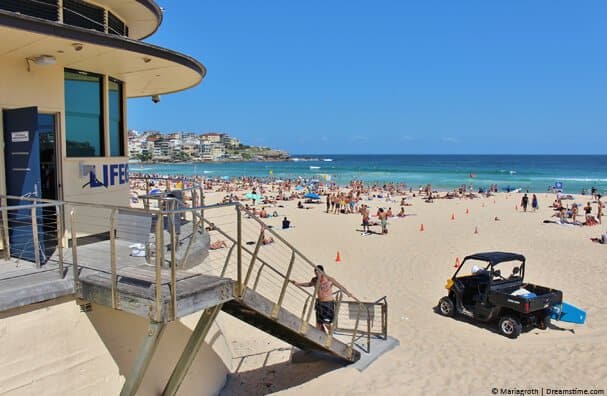 If you've ever watched Bondi Rescue, then you probably know how interesting it can get. Following the lifeguards of Australia's famous beach, Bondi in Sydney. It's been running for 16 years and shown some hair-raising moments in the process.

If you happen to live outside of Australia, such as in the UK, then you probably also know that you cannot watch it unless you have certain channels and if you do find it it's often at least 2 seasons behind Australia.

The show is only broadcast on Australia's Network Ten, as well as its online service, TenPlay.

In the UK, you'll find a block on TenPlay.

Unfortunately, there are limited UK channels showing Bondi Rescue and as you may know from other Aussie shows, they are well behind.

There is a simple solution to this though allowing you to watch the latest Bondi Rescue as much as you want in the UK and below I'll show you how.

As mentioned, Bondi Rescue is only shown on Network Ten, and TenPlay, which are blocked in the UK.

To unblock TenPlay, allowing you to watch in the UK, you'll need to use a VPN app.

It's a simple security app that lets you alter your location.

The best choice of a VPN is ExpressVPN, due to its blazing fast speeds which will allow you to watch without buffering and similar issues.

ExpressVPN also has a massive network of locations across Australia, competitive prices, substantial discounts on different plans, and more.

Alternatively, there are other choices, such as IPVanish or NordVPN, which will also work. The choice is yours.

How to watch Bondi Rescue

After you have chosen which VPN you wish to use, the rest is easy, and all you need to do is follow these simple steps.

I'll be using ExpressVPN as my example but you can adapt these steps for any service.

What is Bondi Rescue?

Bondi Rescue is an Australian factual TV program that is broadcast on Network Ten, and, in extent, on TenPlay.

It was first aired back in 2006, and it follows the lives and routines of the Waverley Council professional lifeguards. As the name suggests, they patrol Bondi Beach.

It is fascinating and educational, particularly as the Bondi Beach lifeguards perform nearly five thousand rescues per summer, as well as many other incidents, injuries, and even some crimes.

If you're from Bondi or Australia or you've been there, then it's a show you won't want to miss.

Depending on which VPN provider you choose, you will be able to watch Bondi Rescue on a variety of devices, such as smartphones, laptops, desktops, tablets, Smart TVs, and more.

This is all possible with ExpressVPN as they support all devices running Windows, Mac OS, Android and iOS. 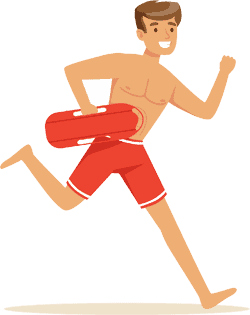 They also have an app for the Amazon Fire TV devices so you can watch Bondi Rescue on your big screen too.

Can I watch on an actual TV?

Of course, there are several ways in which you can pull this off. For example, you could get a VPN for your laptop or tablet, and hook them up via HDMI lead to your TV. That is the simplest and cheapest way.

Alternatively, you could also purchase an Amazon Fire TV Stick, and then use it with a VPN. It has a built-in web browser where you can watch Bondi Rescue on TenPlay.

What else can I watch?

Once you gain access to TenPlay, there is no limit to what you can watch. Any other show on there will be available to you.

Bondi Rescue is an exciting real-life show that you can watch on Australian TV or the TenPlay streaming service. The show has been around for over a decade, with a lot of very nail-biting episodes.

However, since it is an Australian service, it is blocked outside of the country, so if you are in the UK – you won't be able to access it.

Luckily, you can bypass these geo-restrictions with a simple VPN app.

ExpressVPN will serve you best, but you can choose any VPN you want. Sign up for their service and download their app. Then connect to Australia and enjoy watching the sunny events from Bondi Beach right at home in cold and wet England.