How to watch BFI Player abroad 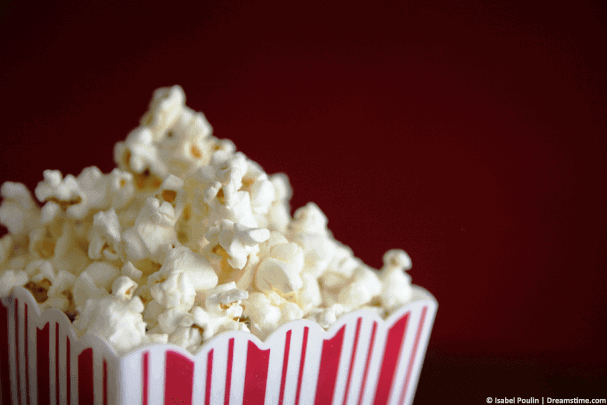 BFI Player is the Netflix of unique films and content. If you've got an account then you'll already know they've got an amazing selection of classic and cult films.

If you haven't yet signed up then you're in for a world of culture, artistic talent and rare movies that often aren't available elsewhere. Movies include the likes of Suspiria to the Japanese film Love Exposure and everything in between such as A Northern Soul documentary by Sean McAllister.

The only problem with BFI Player like Netflix and many other services is that it's restricted to watching from within the UK only.

If you've already got an account or you're planning on getting one then you'll be blocked from watching as soon as you've stepped outside the UK.

The great news is there's a really simple way you can unblock BFI Player outside the UK and below I'll be showing you how you can do that in just a couple of minutes.

What you need to watch BFI Player abroad

To watch the BFI Player abroad you'll need to get yourself a VPN app. A VPN app allows you to disguise your real location and make it appear to any websites or other apps that you use that you're in another country.

So if you wanted to watch BFI Player in America, for example, you would open the VPN app, connect to the UK and this is what unblocks BFI Player.

Without a VPN, BFI Player is blocked abroad.

A VPN app will work from any country in the world which means you can unblock and watch BFI Player anywhere on the planet.

There are quite a lot of companies who sell VPN apps but my favourite is ExpressVPN. They've got a 30-day money back guarantee so you can give it a whirl totally risk-free to see how it works.

You'll probably want to shop around though and check out some of the competition, these three make the best options for watching BFI Player abroad:

How to use the VPN to watch BFI Player

Even if you're no good with computers or technical things there's no need to worry because using a VPN app is just like using any other simple app like Whatsapp or Facebook.

I've broken this down into a few easy steps below so you can be watching BFI Player wherever you are in minutes.

How to watch BFI Player abroad:

BFI Player has a whole host of unique and interesting content that because you're now using a VPN app allows you to watch anywhere in the world.

You're not just restricted to watching in your country so if you travel elsewhere you can also use the same VPN app to watch BFI Player there too.

Most VPN services will allow you to watch on multiple devices.

ExpressVPN, for example, lets you use the one service on 3 devices at the same time so you can allow other friends and family to watch BFI Player at the same time or many of the other UK TV services.

It's worth taking a look around our site to find out what other uses you can use the VPN for.

What devices can I watch on

ExpressVPN and the other recommended VPN apps work on all major devices.

Essentially any device you can watch BFI Player on ordinarily will be accessible abroad using the ExpressVPN app or app from one of the other providers.

ExpressVPN has apps for Windows and Mac OS computers, Android and iOS mobile and tablet devices and an app for the Amazon Fire TV and Fire TV Stick.

You're probably wondering about the legality of VPN apps.

VPN apps are completely legal and they're a legitimate way to protect your online privacy.

Their intended use is to stop companies from tracking what you do online and to limit the chances of hackers invading your online privacy.

The location obfuscation is basically a side-feature that lets you fool websites and apps into thinking you're somewhere else. This is how a VPN allows you to unblock and watch BFI Player abroad outside the UK.

If you travel abroad outside the UK, you're intending to or you're just a resident of another country but want to watch BFI Player then you'll need to get yourself a VPN app.

A VPN app from my recommended provider ExpressVPN allows you to unblock BFI Player in any country.

I recommend signing up for ExpressVPN for 12-months because you get 3-months completely free making it 49% cheaper than paying on a monthly basis.

Once you've signed up download their VPN app and connect to the United Kingdom. You can then watch BFI Player via their website or using their app in whatever country you're in.

I would love to know what you think of BFI Player so why not pop a comment in the section below.