How to watch the ATP Finals for free online 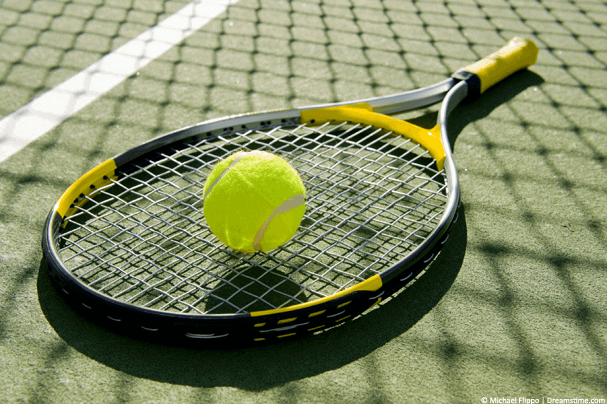 Recommended: Watch the ATP Finals for free with ExpressVPN

In this guide I’ll be showing you how you can watch the ATP Finals completely for free in the UK or across the world.

If you’re a Tennis fan then you’ll be rubbing your hands together in glee this week as the ATP Finals, one of tennis’ most exciting tournaments starts.

The event taking place at London’s o2 arena will see some of the biggest names in men’s tennis compete against each other. Unfortunately, Rafael Nadal won’t be taking part due to injury but the likes of Roger Federer will still be in action.

But how you can watch the ATP Finals?

With Tennis mostly being shown on expensive cable networks you may have no option to watch the event. Below I’m going to show you how you can watch anywhere in the world without cable, without using sketchy illegal streams and best of all, it’s free!

How to watch the ATP Finals for free online

Unlike the UK or many other countries, the ATP Finals are being shown in India completely for free by the official broadcaster, SonyLiv.

If you’re in India you can simply pop along to the SonyLiv site and watch but if you’re outside India you’re blocked.

This is where a super app called a ‘VPN‘ comes into play.

A VPN allows you to alter your online location and make it look like you’re somewhere else.

So let’s say for example you’re in the UK. You can use a VPN app to make it appear like you’re in India which lets you watch the ATP Finals completely free and live online.

VPN apps are sold by hundreds of different providers across the world.

While watching the ATP Finals will be completely free a VPN app will cost you a couple of pounds (or dollars). You’ll only need a 1-month account to watch the entire tournament so it’ll cost you less than the price of a coffee.

I recommend using ExpressVPN. They’re easy to use, cheap and most importantly fast so you won’t suffer buffering.

Within a couple of clicks of their app you can be up and running and watching the tennis in no time.

They’ve got a huge 30-day money back guarantee in case you can’t get it working and if you sign up for a year you can get it 49% cheaper than paying monthly. That’ll allow you to watch tennis all year round!

There are a couple of other good options too which will do the same job so if you want to check out the competition these are my top 3 choices:

How can I use the VPN to watch the ATP Finals

Now you know that you need a VPN app to watch the ATP Finals live online you’ll need to sign up and download their app.

I’ve put together the simple steps needed to do this below using ExpressVPN. However, the process is the same with the other providers too.

How to watch the ATP Finals for free online:

When are the ATP Finals taking place

The ATP Finals kick off from 11th November and will run all the way through until 18th November.

You’ll be able to watch every ace, break and backspin using a VPN from ExpressVPN.

This year the tournament is taking place at the o2 Arena in London, England.

Who are the ATP Finals contenders this year

The ATP Finals are like the who’s who of men’s Tennis.

Everyone from Novak Djokovic to John Isner will be there.

Unfortunately for Rafael Nadal fans, he’s pulled out of this year’s ATP Finals due to injury.

Recap: How to watch the ATP Finals for free online

Tennis fans can watch all the ATP Finals action live online for free. All you’ll need is a simple VPN app.

A VPN app allows you to tap into an official overseas stream of the event and watch anywhere in the world.

I recommend using ExpressVPN and you can get their service by clicking the button below and signing up.

Once you’ve signed up, download their app and connect to India. You’ll then be able to watch the entire ATP Finals live with English commentary in any country on SonyLiv.

Where will you be watching the ATP Finals from but more importantly, who do you want to win this year’s tournament? Let me know in the comments section below as I would love to hear your thoughts.