Home » Entertainment » How to watch the Africa Cup of Nations online

How to watch the Africa Cup of Nations online 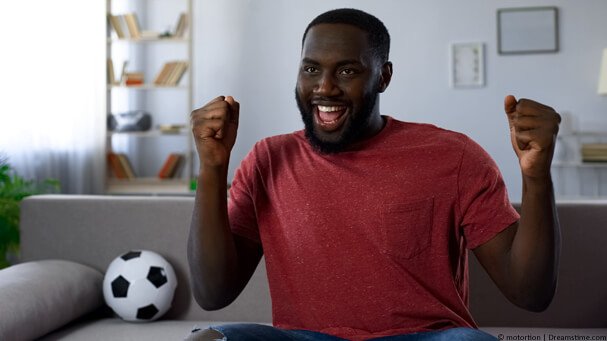 The Africa Cup of Nations is about to start and if you're a football fan, then you're probably pretty excited right now.

However, your excitement can soon be dashed when you discover it's complicated to watch AFCON. In this guide I'll be showing you the quickest and most reliable way to watch AFCON regardless of what country you're in.

This year's Cup will be the 32nd edition of the event, the international men's football championship of Africa. Many are looking forward to watching it, although not all might have that privilege.

For those who won't be able to access it due to the lack of streaming services and inability to access overseas ones – we have a solution.

It is an affordable solution, and it will let you enjoy the AFCON matches, and much more. So you can watch Salah, Mane and a whole host of other African stars battle it out in intercontinental football.

What you'll need to watch AFCON

Depending on where you are in the world, you might be facing different issues.

There might be no streaming services that will broadcast the matches. This is the case in many countries.

Alternatively, if AFCON is available you'll probably need a cable subscription, which can be quite expensive.

An alternative way is to use an app called a VPN and to watch it on Eurosport Player UK. This is a suitable solution to watch in any country.

To do this, you will require a good, fast VPN that works with the UK streaming services, and for this, I've been using and recommend ExpressVPN. 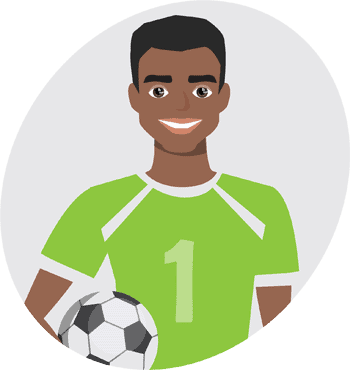 It checks all the boxes and is very affordable, especially if you take their annual package.

Alternatively, NordVPN or IPVanish can also unblock Eurosport Player UK for you, and you are free to choose.

How to watch AFCON

Watching AFCON is quite easy with a VPN, and the entire process only requires a few simple steps.

This will take maybe five to ten minutes of your time. Here is what you need to do:

One thing to note is that Eurosport is not a free service.

You'll only need a 1-month account at most if you only want to watch the Africa Cup of Nations.

When is AFCON taking place?

AFCON is set to start on June 21st officially, and it will last for nearly a full month, ending on July 19th.

Its semi-finals will take place on July 14th, at 6 pm and 9 pm as per Cairo local time.

Where is AFCON taking place?

This time, AFCON will take place in Egypt, with most of the games taking place in Cairo's Cairo International Stadium.

The smallest of them is Ismailia Stadium, but it still can hold 18.5 thousand people, while the largest one – Cairo International Stadium can hold 74,100 spectators.

Who's in AFCON this year? 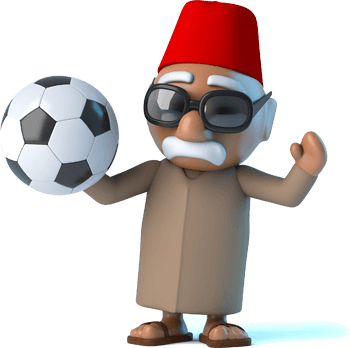 Burundi, Madagascar, and Mauritania have just created history by qualifying for AFCON for the first time in their histories. On the other hand, Zambia failed to secure a spot, so they won't be joining this time.

All the teams are highly motivated, in addition to being highly capable. That kind of combination is bound to secure some memorable matches, so watching the games is a must.

Who's likely to win AFCON this year?

Of course, the main question is – who will be the winner? Who will take the cup home?

As always, it is difficult to tell.

This might be the strongest AFCON lineup we have seen in a long time, if ever. Egypt likely has the best player in the entire tournament, Mohamed Salah. On the other hand, Senegal has the strongest squad with Morocco looking as decent challengers.

Even so, Egypt is the favourite, and it certainly has an advantage, given the location. If not Egypt, Ghana and Nigeria are the next most likely candidates, with Senegal ranking as the fourth most likely winner this year.

Don't discount some of the smaller teams either as its possible with all international tournaments that an upset is on the cards.

Players to look out for of course include already mentioned Salah but also Mahrez, Mane and Iwobi.

Keep your eyes on Baghdad Bounedjah of Algeria, Hakim Ziyech of Morocco and Mbwana Samatta of Tanzania who'll be looking to impress for the European Summer transfer window.

AFCON is about to arrive, and it will feature 24 (mostly) quality teams.

It will be filled with exciting matches and likely even some plot twists, so you would do well not to miss it.

As we've already discussed, watching the African Cup of Nations can be harder than it might seem. But there is a reliable way to live stream all the games in high-quality.

The best option is to watch it on the UK's Eurosport Player, but to reach it from outside the UK you need a good VPN, such as ExpressVPN.

After that, you can use a 7-day free trial of the Eurosport Player, and even get a discount for the first month after that.

It's the best way to watch the AFCON games in your country.