How to watch The ABC Murders outside the UK 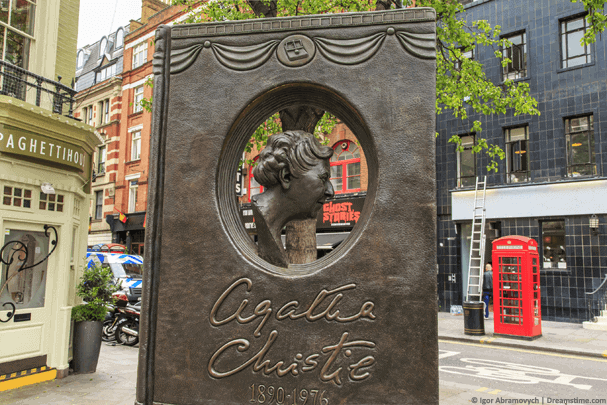 Agatha Christie fans rejoice. This year the BBC is showing The ABC Murders and there's an all-star cast leading the line-up.

The new three-part series is a remake of the 1936 book of the same title penned by murder mystery extraordinaire, Agatha Christie.

Although David Suchet has become somewhat synonyms for Hercule Poirot, this year will see Hollywood legend John Malkovich take up the reins. He's joined by an all-star cast that features Harry Potter's Rupert Grint (yes, the ginger one if you can't pinpoint him).

If you're outside the UK then your options for watching The ABC Murders are almost non-existent. You may already be aware that BBC iPlayer doesn't work outside the UK, even in the EU.

Not to worry though murder-mystery fans, there's a really simple way you can watch The ABC Murders and below I'll show you how.

What you need to watch outside the UK

As you'll already know The ABC Murders are being shown by the BBC in the UK which means you can watch live at the same time it's shown on TV or on catch-up on the BBC iPlayer service.

We've already established that if you're outside the UK, either travelling, an expat or a resident of another country then you can't watch BBC iPlayer abroad.

To unblock BBC iPlayer you'll need a ‘VPN‘ app. This allows you to spoof your location so the BBC iPlayer service thinks you're in the UK.

You can be anywhere from America to Australia, Spain to Singapore or Thailand to Tahiti, a VPN will unblock BBC iPlayer allowing you to watch The ABC Murders in any country.

Where to get a suitable VPN

VPN apps are available from a whole host of different companies and a quick search of Google will throw up more than 500 different VPN apps to choose from.

Not all VPN apps work with BBC iPlayer and as you're not Hercule Poirot himself you haven't got time to play detective to find the ones that do.

I've tested a whole bunch of them over the past year and my recommended VPN app for unblocking BBC iPlayer is ExpressVPN.

There are a couple of other good choices including:

You don't need to worry too much if you're confused right now. Below I'll show you how to get the VPN and how to use it to watch The ABC Murders outside the UK.

How to watch The ABC Murders outside the UK

Now you know you need a VPN app to unblock BBC iPlayer and watch The ABC Murders it's time to sign up and download one.

Below I've put together the steps you'll need to follow for ExpressVPN but it's almost an identical process with the other two recommended providers too.

Watch The ABC Murders anywhere in the world with ExpressVPN.

As you're now connected to the VPN app from ExpressVPN any websites or apps you use think you're in the UK.

This allows you to watch The ABC Murders either at the same time they're shown in the UK or you can watch at a later date on catch-up.

What devices can I watch on

ExpressVPN works with almost all devices so you can watch on almost any type of device.

If you've got an Amazon Fire TV or Fire TV Stick then you can also watch on these devices too. Once you've connected with the ExpressVPN app you should visit the BBC iPlayer website using Silk Browser (Internet) or Firefox. Do not use the dedicated BBC iPlayer app as it won't work through this.

When are The ABC Murders on TV

The latest Agatha Christie book adaptation is set to start on Christmas Eve on the 24th December 2018 at 9 pm UK Time.

It's a three-part series that will be shown over consecutive nights. So set your alarm for the 24th, 25th and 26th if you want to watch the show ‘live'.

If you're too busy cooking turkey, cleaning plates and plucking your way through a box of festive chocolates then you can watch the show on catch-up for up to 30-days after the original date it was shown and possibly longer!

What's the show all about

In true Agatha Christie style, The ABC Murders will leave you in suspense all the way through.

Following the story of the book The ABC Murders follows the trail to stop a serial killer who has been travelling across the UK doing away with various people. The killer at large always leaves behind a copy of The ABC Railway Guide hence the title of the show.

Poirot is left baffled at every turn made only worse by his relationship with young detective, Phelps played by Rupert Grint of Harry Potter fame.

If you're after a thrilling murder mystery to keep the cold at bay then The ABC Murders look like it ticks that box.

Recap: Watch The ABC Murders outside the UK

To watch The ABC Murders outside the UK you'll need to get a VPN app.

This will allow you to unblock BBC iPlayer and watch anywhere in the world.