Home » Entertainment » How to watch ABC iview in the UK

How to watch ABC iview in the UK 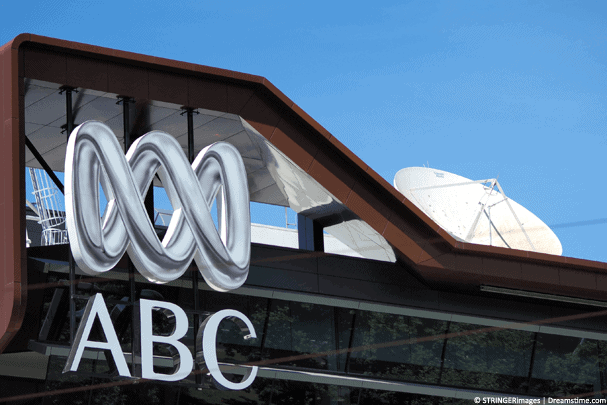 If you're an Aussie in the UK one thing you're probably missing (apart from the weather back home of course) is TV from ‘Straya.

While UK TV is some of the best in the world there's nothing like kicking back on a cold evening and catching up with some of your favourite homegrown TV shows.

ABC iview has it all, everything from news to drama. Unfortunately though if you're outside Australia you'll be blocked from watching any of this but below I'm going to show you how you can unblock it in the UK.

Why is iview blocked and how can I unblock it?

ABC iview is blocked like nearly every other TV service in the world. One word, geo-restrictions.

Just like real-world borders the internet is now divided up into regions. Even though you might be from Australia it doesn't matter, it only depends on what country you're currently in, in this case, the UK.

The ABC iview website and app know this so it's a relatively easy task for them to block you.

To unblock ABC iview you'll need to enlist the help of a tiny app called a ‘VPN‘. VPN stands for Virtual Private Network and it's essentially an app to help you protect your privacy online.

One of the features of a VPN is it allows you to disguise your physical location allowing you to appear somewhere else.

If you've already put two and two together then you'll realise you can use a VPN to pretend you're in Australia allowing you to unblock and watch ABC iview in the UK.

Where can I get a VPN and how can I use it?

ABC iview fans will be pleased to know that getting and using a VPN is super simple.

There are hundreds of companies selling VPN services but my recommendation is ExpressVPN. They've got a 30-day money-back guarantee meaning it's risk-free and they're really easy to use.

I've put a step-by-step guide below to show you how you can use a VPN to watch ABC iview in the UK.

How to watch ABC iview in the UK:

Watch the Melbourne Cup with ExpressVPN.

Now the ExpressVPN app has connected the ABC iview website or ABC iview app thinks that you're in Australia.

You can now watch any of the shows as if you were at home in Australia.

So kick up your feet, stick the heating on and watch your favourite Aussie shows in the UK. You may even forget it's icy cold outside and you're actually at home sunning it at Coogee beach… then again, probably not.

Wait, what? I can access all my favourite shows?

There is no magic jiggery-pokery here. By using a VPN app from ExpressVPN or one of the numerous other VPN providers which I'll detail below you can watch all your favourite ABC iview shows in the UK.

Everything from Four Corners to Wentworth and Barrenjoey Road to The Twist and Schitt's Creek.

You could even watch British TV shows like Doctor Who but that'd be a bit weird wouldn't it? Especially as you're in the UK and could just watch those on a local TV service like BBC iPlayer.

So if you're an Aussie in the UK or you're just in the UK and want to watch Aussie TV, a VPN from ExpressVPN as detailed above will let you do that.

Are there other good VPN providers?

Although ExpressVPN is my recommended VPN provider to watch ABC iview in the UK it certainly isn't the only one.

In fact, there are something like 500 or more VPN companies across the world who will all do essentially the same thing.

It's worth noting that not all support Australia so they won't all work with ABC iview. If you want to do a bit of comparison (and who can blame you) then it's worth shopping around.

Below I've listed 3 VPN providers that do support Australia and work well for watching ABC iview:

They all work much the same. Simply sign up for one of their services, download their app, connect to Australia and then you're free to watch ABC iview in the UK either on their website or via their app.

If you're missing Aussie TV shows from back home then you'll need to get a VPN app from ExpressVPN.

This will allow you to watch ABC iview in the UK. Best of all it's not just limited to ABC iview. You'll also be able to watch other networks such as Stan, SBS, TenPlay and more.

You can now watch ABC iview in the UK on any type of device.

I would love to know what your favourite iview TV show is so why not let me know in the comments section below.

Looking for similar articles? Try these: