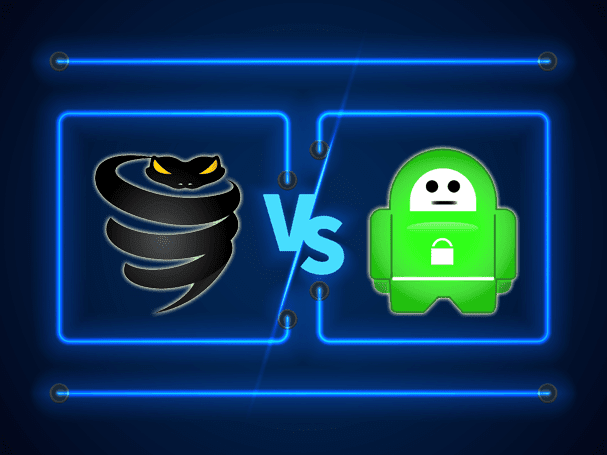 Even if you’re new to the VPN market it will be almost impossible to have avoided the names of both VyprVPN and PrivateInternetAccess.

Both providers are two giants in the industry and while the price varies considerably so does the service on offer.

It goes without saying that both services are highly rated both by ourselves and the public which is evident with countless numbers of positive user reviews scattered across the internet.

However, choosing between the two has become increasingly difficult and while the services on the surface look identical there are many differences that can make one more suitable for your needs than the other.

To answer the question of who will offer you personally the best service we’ve considered five critical areas and put them head to head to help you make a buying decision. Let’s take a look.

VyprVPN are champions of privacy causes both on and off the web and you can find their name backing various good causes in the name of online privacy.

Their service is one of the oldest in the US and it’s not without good reason that they’ve built a reputation as offering one of the best VPN services.

After a recent pricing reshuffle the service has become much cheaper and now offers more for your money which is always a good thing.

Some of the highlights of the VyprVPN service are:

It’s hard to find too many negatives of the service but a couple are:

PrivateInternetAccess or PIA are a giant in the industry. With more than 2 million reported customers they’re one of the largest VPN services available.

Their cheap price is the biggest attraction for most users and when taking a 12-month package they’re hard to beat on price alone.

While some users love their service they’re not suitable for all users and with a smaller selection of servers available they won’t be suitable for use in all corners of the globe.

However, some of the benefits of the service are:

There aren’t many downsides to the service but a few we found are:

Like anything in the world people often look towards price regardless of the quality of service.

When it comes to choosing a VPN service it’s not always good to choose the lowest price but with both VyprVPN and PIA offering very good services price can be a consideration in this case.

VyprVPN have two different packages which complicates things a little but for the fact of ease, we’ll stick to comparing PIA with the lowest priced VyprVPN package.

When you opt for a 12-month package the same service will cost $5 p/m at VyprVPN and an incredibly low $3.33 p/m at PIA.

VyprVPN while more expensive does have a free 3-day trial which is available before paying so it’s worth considering.

Both VyprVPN and PIA offer access to the standard PPTP, L2TP and OpenVPN protocols.

Where VyprVPN pip PIA to the post is they offer a custom VPN protocol called Chameleon that was developed to be used in countries with repressive internet regimes.

If you live or are travelling to China then this mode will certainly come in handy as it will allow you to bust through the GFW and access blocked services like Facebook, Whatsapp and more.

It will also help in other countries that block websites like Iran, Thailand and a whole host more.

Server locations see a massive difference between the services.

PIA have server access in just 25 countries and when compared with the 70 available with VyprVPN you start to see why there is an obvious difference in price.

PIA do cover most “major” countries such as the US, UK, Australia, Canada, New Zealand and a host of others but if you’re from further afield and want good access in every continent then VyprVPN can’t be beaten.

VyprVPN also own and operate all of their own servers which should in theory offer greater privacy as they don’t rent their servers from 3rd party sources.

Both PIA and VyprVPN have software and apps for all major devices.

Software for Windows and Mac is available and apps for Android and iOS devices too.

While both are fully functional and will help you get connected the software and apps from VyprVPN are considerably better both from an aesthetical point of view and from a beginner friendly aspect.

For ease of use though VyprVPN is the clear winner, however for concurrently connected devices PIA pull back a draw in this category.

PrivateInternetAccess offer support via ticketing system only. VyprVPN on the other hand has both a ticketing support system and the ability to contact them via live help.

Live help is not often offered by many VPN services so it’s a real bonus of the VyprVPN service.

If you’re an experienced user then you’re unlikely to make too much use of it but if you’re new and having trouble with setup then having access to live help can certainly make the VPN experience much more pleasurable.

So there you have it, VyprVPN is the clear winner if you put both providers head-to-head.

While both offer a good service and PIA are considerably cheaper it really goes to show that you get what you pay for.

If you don’t need any bells and whistles and only require access to the bare minimum of features then PIA really offer a good service but if you want a fully fledged VPN service then it pays to pay a couple more dollars per month for VyprVPN.

With a free 3-day trial before you pay any money, it’s worth taking a look at VyprVPN.