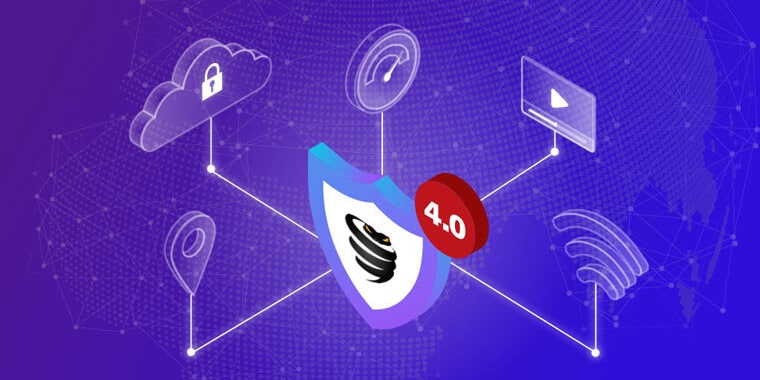 VyprVPN, a VPN service that claims to have over 2 million users around the world, is rolling out its newest version, v4.0.

However, while the new version itself is exciting for this service's users and supporters, there is one detail that makes it significantly more interesting, and that is the addition of a new protocol, WireGuard.

The VPN industry is continually advancing to match the levels of danger out there, in the vast online world.

Sometimes, those advances include the invention and addition of new features, while sometimes, the old ones get upgraded.

Security protocols, for example, are an old feature that keeps being renewed.

As you may already know, the WireGuard protocol has been in the works for quite a while. Meanwhile, the VPN industry came to expect quite a lot out of it. In fact, many have taken to calling it ‘the future of all VPN protocols.'

VyprVPN seems to agree that the protocol will significantly improve the users' VPN experience, even though their new version and protocol are currently still in beta.

Even so, the improvements are continuing, and VyprVPN is working to bring the new features to all devices and systems that the service supports.

What is WireGuard and how is it different from previous protocols?

As VyprVPN's announcement states, WireGuard is the next-gen open-source VPN protocol. It meets the needs of those who wish for the highest levels of privacy, speed, and security.

The protocol is still quite new to the VPN industry, although VyprVPN, as well as others such as NordVPN, expect it to become a default protocol in due time.

This small size of Wireguard mixed with its enhanced speed offering is what makes this new protocol so exciting.

It uses cutting-edge cryptographic algorithms while existing on a much small code base.

In addition, its codebase is in the single-digit-thousand lines of code. In comparison, the OpenVPN protocol is comprised of hundreds of thousands of lines, and OpenVPN is considered the best one available right now.

WireGuard is, therefore, not only much safer, but also much simpler and smaller. As such, it can also be easier to review and validate with less chance of errors that could cause comprimise.

Lastly, WireGuard leads in connection roaming, which is yet another reason why it is considered superior.

As for what this means for the users, it will focus on delivering complete security and privacy, and it will do it at excellent speeds.

WireGuard is much faster than any other protocol and one reason why VyprVPN are loudly trumpeting it's arrival in their updated apps.

This will be especially beneficial for users who already suffer from slow speeds or have under-powered devices that often suffer at the hands of prior VPN protocols.

So, in essence, WireGuard will bring five improvements for the user to enjoy:

WireGuard is the newest and most anticipated new tech addition to the VPN industry.

More than that, many believe it to be a game-changer for VPN protocols. Also, since it is open-source, the development of the protocol will continue, as the development community takes matters further.

VyprVPN's own development team is also ready to respond to updates. It is also VyprVPN's hope that, with the adoption of WireGuard, the company will help make another step towards a free and open internet.

Check out our review of VyprVPN to see how they compare to the competition.