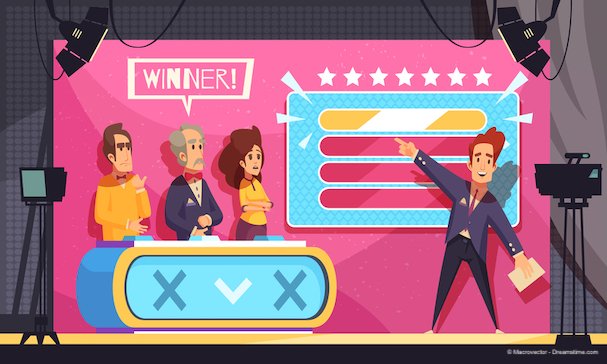 It is quite likely that you have never heard of Constance Hall, the Australian blogger and TV personality who has been taking part in the most recent series of Dancing with the Stars down under. You may not even have heard of the show.

But she is the focus of the latest accusation of die-hard fans using VPNs to manipulate votes in favour of their preferred celebrities.

Dancing with the Stars is broadcast on Network Ten in Australia and, as is common with most such shows, they use a geo-block to prevent people from other countries being able to view their show online or vote on its outcome.

Regular readers will know that it is very easy to use a VPN to get around geo-blocks like these and watch shows like Dancing with the Stars outside Australia.

All anyone needs to do is to sign up to a VPN like ExpressVPN or IPVanish and connect to an Australian-based server. This fools Australian streaming services into thinking they are in Australia even when they aren’t and so lets them watch the show either live or on-demand from anywhere.

Most broadcasters turn a blind eye to this practice knowing that it is almost impossible to stop people using VPNs in this way. But there is growing concern about people using the same technique to influence online votes and it seems Constance Hall has been one of the main beneficiaries.

A visit to her Facebook page reveals numerous different posts from fans spreading the word about using a VPN to vote for her from overseas.

“If you download a VPN app [like ExpressVPN] and set your location to Australia, you’ll then be able to access the Dancing With the Stars Australia website and vote via that. I just did it,’ said one fan.

“Three email addresses, three votes daily. Keep showing them what you can do. Your dancing has been amazing and entertaining,” said another.

However, other fans have been less positive about the practice. One Dancing with the Stars addict told the Daily Mail, “It should not be happening and is not fair on other contestants.”

Others have attacked Constance Hall directly for not condemning the practice. “It just astounds me as a follower myself, that for someone who speaks out about bullying and fairness and everything else, that she wouldn’t have anything to say to followers about this issue,” one said.

The Constance Hall saga is not the first time VPNs have been used in this way.

There have been reports of British talent shows, including The X Factor falling victim to VPN use to push acts with an international audience through to the latter stages.

Last year, we reported on how fanatical lovers of top K-Pop band BTS, who are huge across South-East Asia, had used VPNs to push their hero’s to the top of the Billboard charts in the USA. The practice helped them to become the first South Korean act to reach the top of the US charts.

The practice is already pretty common on pop music charts in South Korea and China and other parts of the world too.

In November, the Chinese-Canadian singer Kris Wu, who is huge in China but relatively unknown in the USA, suddenly held the majority of the Top 10 songs on iTunes.

Analysts later determined that his songs were not being streamed in high numbers, but instead a pattern of high-volume purchases from overseas, firstly of the explicit version of his new album, Antares, and then the clean version.

They decided that his sales numbers had therefore been acquired fraudulently and suppressed them to more accurately reflect his genuine chart performance.

It is thought that a decision to hold back Wu’s album release in China by four days to coincide with his birthday meant that it became available in the USA before China.

It was therefore inevitable that Chinese internet users, many of whom already have to use a VPN to access the internet without restrictions from the Chinese Communist regime, would use them to download the latest album from their hero from overseas.

Wu’s representatives have denied this version of events, but they have failed to offer any better explanation of the anomaly.

How to tackle the problem

Most people would agree that the practice of using VPNs in this way is not really fair. Regardless of how seriously you take TV talent shows and pop charts, if the results are not an accurate representation of what fans think, the whole exercise is rendered pointless.

The problem is there is no obvious way that TV channels and pop charts can stop the practice. While the Kris Wu incident was picked up on, countless more are likely to have succeeded.

Ultimately, the responsibility has to come down to the integrity of the artists. If they want to win fairly, they should actively discourage their fans from using VPNs in their way. But, as we have seen, in these days when fame is everything to so many people, such integrity is in worryingly short supply.