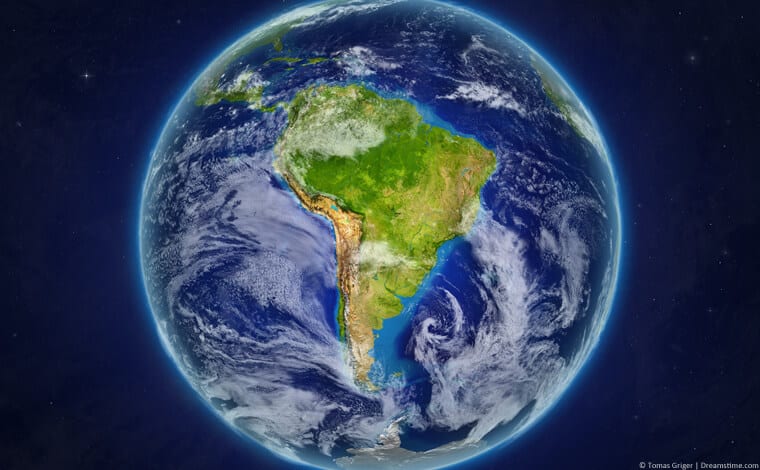 South America is a vast and contrasting continent. It's thirteen countries include everything from stable democracies to basket-case socialist republics.

For local people, expats, and travellers, there are a variety of different reasons why using a VPN might be necessary, but we do know that use is spreading across the region.

In this article, we are going to reveal which VPNs our tests have found are the best to use in Latin America. We will also explore why you might need to use one, what a VPN offers, and discuss the risks of using a free VPN.

Over the last couple of months, we have been researching all the top VPNs on the market to see which offers the best solution for use in South America.

Here is a rundown of our top 5:

ExpressVPN is our number one recommended VPN for Latin America.

They offer a large network with servers in 94 different countries around the world. This includes eight South American nations as well as all the leading global markets.

Download speeds are impressive too and in our tests, we've found their range of servers to be capable as well as offering unlimited bandwidth.

ExpressVPN is perfect for streaming content online through Netflix and other platforms.

You can also use ExpressVPN on any device you like thanks to their range of impressive and easy-to-use apps. These are available for Android and iOS, Windows and Mac OS, Linux, Amazon Fire TV devices and more. You can even enjoy five simultaneous connections with every account.

There is a 30-day money-back guarantee and, for what you get, ExpressVPN represents excellent value for money.

If you want a premier VPN for a budget price, then NordVPN is well worth a look. They offer a terrific all-round service with easy-to-use apps that are available on just about any device.

They have a big server network and while there are only three South American server connections, users can also make use of servers in nearby Costa Rica and Mexico.

Further afield, there are some 5,500+ VPN servers covering Europe, North America, Asia and the majority of the rest of the world.

NordVPN is excellent for online streaming services and works with US Netflix, BBC iPlayer and all the major platforms. Speeds are decent and privacy protections are robust, not least because they are based off-shore in Panama.

Encryption is also impressive with 256-bit encryption, double-hop servers, DNS leak protection and a kill switch keeping you secure. All this comes with a 30-day money-back guarantee and some of the best prices of any high-end VPN.

CyberGhost VPN is a VPN on the up and for beginners in particular, they are a great option.

They offer around 60 individual servers in South America, although some of their Venezuelan servers are virtual ones. Overall, they provide more than 5,700 servers in a total of 89 different countries.

The apps are a real selling point. They contain several simple features which help even the most novice user find the best server for them quickly. They are also available across all the most popular devices.

None of this comes at the expensive of privacy and security, which are both sound. CyberGhost VPN also allows you to enjoy all the main streaming sites in South America too and offer plenty of P2P-enabled servers.

They have an enormous 45-day money-back guarantee and offer 7 simultaneous connections. All this comes at a very reasonable price too.

VyprVPN has long been one of the best VPNs around but their logging policy used to leave a lot to be desired. No more though as an independent audit has certified them as a no-logs VPN. That's great for user privacy, especially when combined with their robust encryption.

They offer servers in Argentina, Brazil, Uruguay, and Columbia and have three more locations in Central America. They also own their servers which is not usual practice with all VPNs.

VyprVPN speeds are good without being dazzling and they offer apps for all the leading devices apart from the Amazon Fire Stick. This is not perfect for streamers, but VyprVPN can still unblock most platforms.

Their 3-day free trial is no more sadly, but they do offer a 30-day money-back guarantee.

IPVanish is one of the most high-profile and popular VPNs on this list.

This is thanks in no small part to their decision to allow a huge ten simultaneous connections with every subscription. This means even if money is an issue, you can join together with friends or family and enjoy a premium VPN for almost nothing.

Speeds are good across the entire server network and fine for streaming, although IPVanish cannot unblock everything. Their apps are excellent though and available on all major devices. Prices are on a par with their rivals which means overall IPVanish is a compelling option.

How to choose a VPN for South America

We have already detailed our top overall VPNs for South American users, but that doesn't necessarily mean that our number one pick is the right one for you, or you may still be undecided.

After all, everyone uses the internet for different things and these can affect which VPN will be right for you.

We have considered this and made a further series of recommendations based on the main reasons users in South America might need a VPN:

Do I need a VPN in South America?

South America is a diverse region and the reasons for needing a VPN will vary depending on where you are. But the broad answer to this question is, yes, you absolutely do need a VPN in Latin America.

Below we've rounded up some of the main reasons.

Everyone needs to protect their privacy online, whether they are using online banking, doing internet shopping, or communicating with their friends and business colleagues.

Others need to protect themselves on notoriously insecure public Wi-Fi networks, in hotels and on public transport. Then there are those South American governments who are hell-bent on silencing dissent and opposition and routinely spy on their populations. 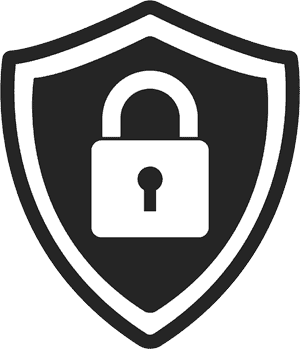 Online censorship is not unknown in South America. Brazil has blocked WhatsApp on more than one occasion, while under the brutal socialist regime of Nicholas Maduro in Venezuela, it is an everyday occurrence.

VPNs enable locals, expats, and tourists to get around this censorship and unblock such services.

Many travellers and expats miss their home TV networks and lots of locals want to watch content not available on local networks.

Most online streaming services block users from other countries but by using a VPN, it is possible to unblock them and enjoy their content all over South America.

Can I watch US Netflix in South America?

Yes, it is entirely possible to unblock Netflix across South America, although you have to be careful to choose the right VPN for the job.

ExpressVPN is one provider which can unblock a variety of regional Netflix services. This includes the USA, UK, Japan, and many others. South American Netflix tends to offer a modest content library, so for movie and box-set aficionados, this is well worth looking into.

Is there a free VPN for South America?

There are lots of so-called ‘free VPNs' available, but the risks of using them are as high in South America as anywhere else in the world.

Running a VPN has overheads and these costs have to be covered somewhere. If it not through a subscription, then it is often through selling your internet data to any third party willing to pay.

Other ‘free VPNs' can spread Malware and other malicious software, while the close links between many of the biggest free VPNs and Communist China are now well-established.

If you want online privacy and security, you will not get it with a free VPN. They are not worth the risk.

A VPN is as vital in South America as it is elsewhere in the world.

Above, we have revealed the five most reliable VPNs to use in South America as well as the top VPNs for a variety of the most common internet uses.

All of our recommended VPNs will do a good job, but the best all-round VPN for South America is ExpressVPN. Their security provisions, coupled with a proven history of keeping users secure plus their ability to unblock streaming services and a huge 30-day money back guarantee get our vote.