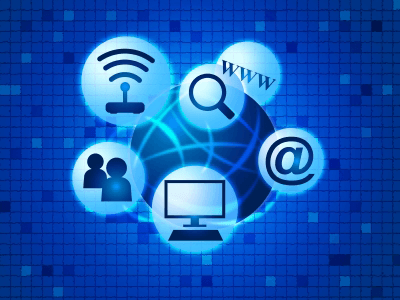 Using a VPN service has become critical for online usage these days either to circumvent censorship, avoid snooping from hackers or your government or even if you just want to stream content that is otherwise blocked in your country.

Depending on what country you live in or what internet service you're accessing the port you use has become ever more vital and often can make the difference between your VPN service being usable or being as dead as a dodo, especially when mobile. I'll be taking a look at VPN providers that offer Port 80 and why this may be useful.

Sometimes making a VPN connection can be difficult.

What is a Port?

Ports are virtual connection points for internet services. Standard internet services such as email or web use have been assigned different ports on which to communicate on. The port for sending regular email is 25, web use port 80, FTP port 21 and so on. Services or programs that do not make up the foundation of the internet like email or web browsing use a mixture of port numbers usually higher than port 1023.

Running services on a port assigned to a specific task can cause conflicts and issues. For example when using a VPN service on Port 53 which is reserved for DNS usage my home router crashes and resets due to a conflict and so using ports outside those that are reserved for standard services is a requirement for me.

Why you may need Port 80

In home situations or when using a mobile data connection the port you connect on with a VPN usually doesn't matter and as long as it is high enough it shouldn't interfere with any other services. When it comes to public Wi-Fi systems it's a whole different ballgame.

Many VPN providers offer the ability to connect on port 443 that is reserved for HTTP over TLS/SSL. In other words the secure version of web browsing known as HTTPS.

This is the port any secure website uses, usually ones that handle sensitive information such as your bank, Paypal or Facebook and even this very site itself as it encrypts your connection removing the ability for anyone to snoop on what you're doing while connected to those websites.

The thought behind this for a VPN service is it is unlikely that most connections will block port 443 because by doing so they would block HTTPS websites. VPN encrypted traffic can also essentially look as if it is just a user visiting a regular secure website such as their bank, in theory making it harder to block VPN traffic, although not impossible.

However although this is the case in many situations I have personally experienced some Wi-Fi networks that block every port apart from Port 80 and also struggle with Port 443 either due to overuse and speed or for other reasons. In these rare cases the only port I have been successfully able to use is Port 80.

Now Port 80 is not a magical solution and it's entirely possible that under repressive regimes such as Iran or China that Deep Packet Inspection (DPI) will be used and blocking encrypted traffic like a VPN connection will be relatively easy for them. Outside of that Port 80 can very well be the solution to actually using a VPN connection.

Very few VPN providers allow connection on Port 80 and in the two circumstances that I've been unable to connect on any other port that included using free Airport Wi-Fi and free underground Metro Wi-Fi a Port 80 connection became critical to protecting my internet usage.

One provider that does allow port 80 is LiquidVPN and in the two cases that I was unable to connect with other providers this offered a working solution.

When accessing Wi-Fi especially in a public setting it is essential to use a VPN service otherwise everything you do via that connection could be potentially seen by others. So important is it that I won't even make use of free Wi-Fi unless I can connect to a VPN service and in the case of Port 80, LiquidVPN became critical to my ability to work while on the move.

So while Port 80 may not be useful in all situations it does come in handy as a side option especially when relying on public Wi-Fi connections that are often locked down to allow only the most basic internet services.

As a sideline bonus it will allow use of services that operate on ports outside of Port 80 as all are tunnelled via the VPN connection and so services that naturally operate on different ports that would be essentially blocked by those types of networks will now be usable.

As said Port 80 isn't a magic solution and can often cause VPN services to be blocked, however on the odd occasion you struggle to use your VPN service it very well could be the answer and so is well worth considering.