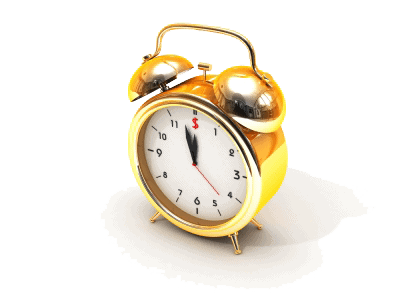 Our front page comparison table lists and compares the various features of some of the best VPN providers out there. There are many differences in terms of the service offered, some have more servers, some less, some are cheaper, some more expensive.

While they all offer slight variations of the same service there is usually a provider that is more suited to your needs than another. For example you may live in the US and need plenty of US locations, one provider may offer this while another may offer mainly European or Asian servers which wouldn't be suitable to your needs.

So while there are obvious variations in features available there are also differences in terms of service. We decided to put the support of each provider to the test and see how they performed in terms of response time.

While it wasn't possible to send an actual support request in terms of a current customer, the fact we run a VPN comparison site may influence the response time either negatively or positively so in order to keep this unscientific response time test as unbiased as possible we contacted each provider as a non-customer using an anonymous IP address.

We contacted each provider in the most obvious manner possible from their homepage, similar to how a new customer may make contact. An email address not related to our website was used for response.

While some providers actually have live help available which would no doubt be the quickest contact method available we opted to keep the test as fair as possible and only use contact forms found on the website of the providers.

The same question was asked to each provider, a general simplistic pre-sales query.

Please can you tell me the highest level of encryption your service offers when using OpenVPN on a Windows system.

A handful of providers didn't have publicly accessible contact forms, some had direct email contacts but for fairness we wanted to contact them through their web form to ensure that the query was received. All providers were contacted on 23rd June 2014 and with the exception of HideMyAss all had responded as of 14:18 on 24th June 2014. As of this time we have not received a response from HideMyAss.

It was great to see 12 providers respond in under two hours, most notably VPN.ac who answered in a blazing fast 3 minutes!

Generally the standard of response was adequate for the query. A few notable providers explained in slightly more depth which for those technically minded can be seen as a blessing but perhaps a curse for those technically inept. However the chances of an uneducated user asking this type of question without expecting to understand the response is slim.

After the Heartbleed bug, we upgraded our encryption to 4096 bit RSA + Diffie Hellman keys for higher security. This is the best encryption offered by any VPN.

For encryption the cipher in use is CBC mode of ARS with encryption strength of 256bit, hash algorithm is 512bit SHA (SHA512), and the control channel is same TLSv1/SSLv3 DHE-RSA-AES256-SHA, 4096 bit RSA. Our 4096 bit RSA key is changing every hour, preventing most advanced hackers and covert teams part of governmental agencies from breaking through.