VPN plus SmartDNS the perfect solution 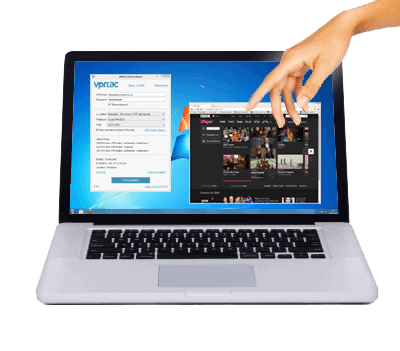 As I recently explained in my article on the government inadvertently aiding terrorism I have in the past months made the concious decision to carry out all my online usage via VPN. While I’m not an overly paranoid person nor is my internet use anything I wish to distance myself from I do feel that with mass surveillance of entire populations without consultation plus the ability for companies more than ever to build profiles of your access it is one of the best ways to anonymise my online use.

There are now plenty of VPN providers who are pushing the boundaries of the service they offer. With so much choice these days from a range of providers that span the world it is obvious that any extra features that can be offered could potentially be a deal sealer when users are selecting which provider to sign up to.

One of the features which seems to be making a slow spread is to include a form of SmartDNS system built in to the VPN package. I first saw this as a stand alone “TV Package” from the provider BlackVPN and as the months have progressed this feature has developed with many providers offering a simpler system in which the SmartDNS features are built in to the standard package. One such provider is LiquidVPN who have recently added Hulu access to part of their network which means as an example you can access Hulu from their UK servers.

The provider that I use out of personal choice does not offer any such in built SmartDNS system and as far as I know their service is based purely on the privacy and security aspect with little time for added entertainment value so is unlikely to be added in the future.

I have a pet hate for disconnecting from the VPN server of my choice just to access online streaming services, not only that but the background traffic of my system is then unencrypted and passing through my standard internet connection. This type of set up is not an ideal situation especially for those who are privacy orientated.

It would be entirely possible to disconnect and connect to a server of the location of the streaming service, for example disconnect from Switzerland and connect to a UK server to access BBC iPlayer however when considering your privacy especially from three letter agencies it makes practical sense to connect to a jurisdiction which is other than your own and if possible outside any coalition countries such as the European Union, hence the reason for my Swiss and Icelandic access.

A SmartDNS service offered by the likes of Overplay allows you to change the DNS servers of your connection to those of the provider and access online streaming content globally without the need for a VPN service. The SmartDNS system intercepts the geo-location information behind the scenes allowing content to be streamed from sites worldwide without your actual internet connection being re-routed via a VPN server.

How this benefits users who access via VPN is it enables you to access the internet securely and encrypted full time while changing your DNS settings to that of the SmartDNS provider and being able to access online streaming services without disconnecting from the VPN server.

For my Windows system I use DNS Jumper which allows easy changing of the DNS servers associated with the OpenVPN TAP Driver allowing me to stay connected to the VPN location of my choice, eg; Switzerland whilst also being able to access BBC iPlayer which is geo-restricted to UK viewers. The beauty of SmartDNS is there is no speed loss when accessing such services allowing me to get the full speed of the Swiss VPN connection when viewing even HD streams.

Once finished I can quickly alter the DNS settings back to default using DNS Jumper which with the VPN provider I personally use has their own anonymous DNS servers although it would be entirely possible to stay “connected” to the SmartDNS provider permanently allowing private internet access by way of the VPN connection plus the freedom to stream online entertainment at the same time.

With every positive comes a negative and the only area of concern would be price of service, while many providers are now offering SmartDNS systems inbuilt to the VPN package I like the freedom of choosing a VPN provider of my choice and while they don’t offer SmartDNS directly a secondary package from a SmartDNS provider allows me to have the best of both worlds.

Thankfully depending on provider it’s entirely possible to get both systems for under US$9 per month and that isn’t even with shoddy providers. A combination of a yearly package from VPN.ac for VPN and Overplay for SmartDNS would total just under US$9 per month. Alternatively LiquidVPN for VPN and SmartDNSProxy for SmartDNS works out at approximately US$7.41 per month when taking yearly packages at both services.

So while price would be a consideration it is extremely cheap to take both services and comparable with the price of a VPN service alone from some providers.

Taking both VPN and SmartDNS when your VPN provider doesn’t offer such services is an ideal solution to get the best of both worlds, the VPN provider of your choice with the flexibility of accessing online geo-restricted content without compromising your privacy or security.

Image courtesy of photostock at FreeDigitalPhotos.net