The VPNs that help you get inside China’s Great Firewall 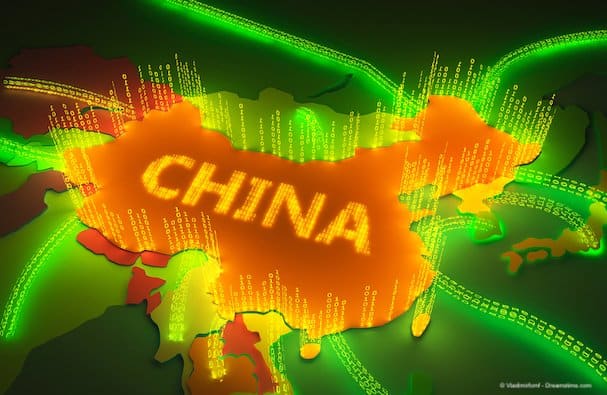 ‘The grass is always greener on the other side’, so the saying goes.

And for those living in Communist China that are fortunate enough to escape the tight restrictions of one of the world’s most brutal authoritarian regimes, you would assume that saying had particular resonance.

But there is also comfort in familiarity too and for some Chinese ex-pats, the confines of China’s tightly restricted domestic internet are part of what feels like home.

While we would hate to normalize the type of systematic censorship and surveillance that the Chinese internet represents, for some Chinese people it is what they are used to and, when deprived of it, what they miss.

So, while we frequently write about the importance of using a VPN such as ExpressVPN or 12VPN while in China if you want to escape the Communist Party’s great firewall and access internet staples such as Google, Facebook, Twitter, and Wikipedia, there is also a growing market in VPNs that let you do exactly the opposite.

Why use a VPN to get inside China’s internet?

A recent report by Australian news outlet ABC has highlighted the use of VPNs for exactly this purpose by Chinese ex-pats living in Australia.

There has been a great deal of controversy over the influence of China in Australian affairs in recent times and one side effect of this has been a growing hostility and prejudice towards Chinese ex-pats. This has inevitably led to a more insular nature in the Chinese community in Australia.

The ABC article highlights the case of Linda Yang, a Chinese student who has spent just over a year studying at the University of Melbourne. She found on arriving in Australia that a whole catalogue of songs in her Chinese music app were no longer available outside the Great Firewall.

This is likely an example of geo-blocking, a commonly used technique by online streaming services such as Netflix and the BBC iPlayer to try and protect copyright on their content.

But in the case of Chinese content, there is also a more sinister reason. One of the core digital goals of the Chinese Communist regime is to increase popular reliance on domestic platforms instead of international ones it cannot control.

Creating the urge for Chinese citizens outside their jurisdiction to access these services is a key part of that policy. As Liu Yiming, an independent commentator on Chinese culture told ABC, “Many people struggle to change their lifestyle and internet habits [overseas] because they lived in China for a long time.”

For Linda Yang, it was an easy decision to try and hop back into Chinese internet jurisdiction. She just wanted to be able to access the music she likes which is not readily available outside China.

But Liu Yiming blames this policy on the big disconnect that can often be found between Chinese overseas communities and the local communities they live in. He describes it as a type of Stockholm syndrome.

What VPNs are they using?

The popular VPNs we recommend for readers of VPNCompare.co.uk are no good for hopping back over the Great Firewall into China. None of them will offer servers that can unblock Chinese content.

But there are a number of different Chinese VPNs that have been created expressly for this purpose.

One of the most popular is known as Transocks and according to ABC has more than 10 million connected users from around the world. Having only been set up two years ago, this is a huge user base and one that many established western VPN would love.

A spokesperson for Transocks explained that their service was created because the founders had “many friends abroad who spoke about the loneliness of living overseas, and strongly expressed their wish to use all kinds of Chinese music and video apps like they did in China.”

However, users of services like Transocks should be well aware of what they are letting themselves in for. These VPNs are based in China and have the support of the Communist regime in China.

This means that as well as support the regime’s onerous censorship regime, everything you do online through a VPN like Transocks will be monitored and recorded by the Communist authorities in China.

This means that users of Transocks could get in trouble on their return to China if they have done anything that could be in contravention of Chinese laws of which challenges the authority of the Communist Party.

While it is perfectly understandable that Chinese ex-pats want to be able to access their favourite music and TV shows while abroad, they would be well advised to download any content they want onto hard-drives or cloud storage services before they leave China.

This is much safer than using an VPN service endorsed by the Chinese Communist Party.