Home » News » VPN use in India skyrockets despite ban recommendation

VPN use in India skyrockets despite ban recommendation 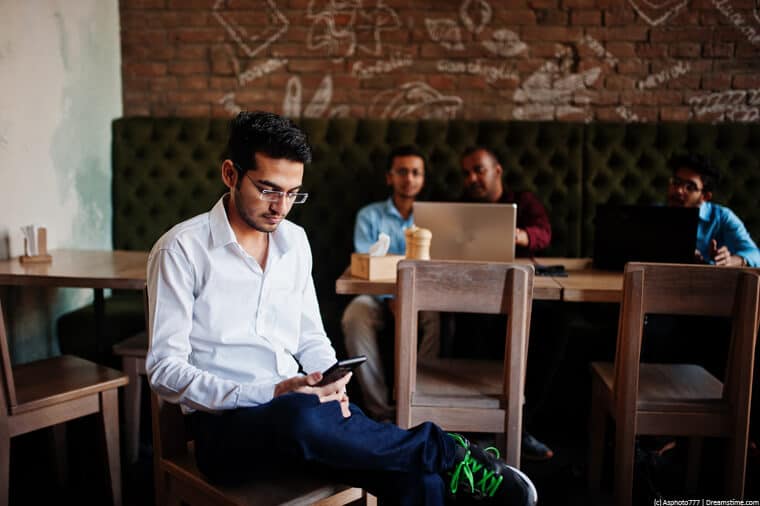 Data has revealed that VPN use in India is going through the roof, just a month after a Parliamentary Committee in the country recommended that they should be banned.

The reasons for this rise are open to debate but most experts share the view that the increased use of online censorship is the main reason for this sudden spike.

A massive increase in VPN use

That is a colossal number but, as the report points out, this doesn't necessarily mean that all these new downloaders are signing up for accounts.

Even the lowest-priced premium VPNs cost a sizable amount of many peoples incomes in India. Which is why, much like with subscription streaming services such as Netflix, a lot of Indians are sharing VPNs between two, three, or even four families.

This is obviously now easier thanks to the growing number of premium VPN services that offer large or even unlimited numbers of simultaneous connections.

But it is encouraging that so many Indians are still going down the paid-for VPN route rather than opting for free VPNs with all the risks and service limitations that come with them.

What do Indians use VPNs for?

The main reason that a lot of Indian internet users are turning to VPNs is the growing prevalence of online censorship across the country.

There are estimated to be at least 4,000 websites blocked in India for a variety of reasons. Some contain pornographic content or other content deemed unacceptable in what is an increasingly conservative country.

But others are blocked for cultural or even political reasons and the estimated number is likely to be the tip of the iceberg.

Sadly, the censorship situation has been deteriorating under the current Indian government and there is no indication that this trend is going to reverse any time soon.

Another reason that VPN use is likely to be on the rise in India is the focus that has been thrown on them by recent efforts to ban them.

Last month, the Standing Committee on Home Affairs in the Indian Parliament recommended that the government should ban VPNs across India.

The reasons given by the Committee include the usual national security concerns and the suggestion that VPN use increases the risk of cybercrime in the country.

This is of course completely unfounded and numerous internet experts in India and beyond have argued that banning VPNs is not only largely unenforceable, but will have no impact whatsoever on cybercrime.

They note that most hackers use the Tor network instead of or even in addition to a VPN network. So, in other words, a ban on VPNs will not prevent any hacker who wants to launch a cyberattack on Indian targets.

VPNs are also very hard to block, as the Chinese Communist Party has learned over the years, despite throwing a huge amount of resources at the issue. India's resources are considerably less than their Chinese neighbours so the likelihood of them having any more joy is remote to say the least.

VPN ban a threat to democracy in India

But there are broader reasons for Indian internet users to be concerned about the proposal to ban VPN use too.

As Karan Saini, an ethical hacker told India Today, “A ban on VPN services will hamper democratic freedoms enjoyed by Indians, and which are furthered by the internet.”

Indian democracy is already facing some pretty stern tests, much like many democracies around the world. VPNs help to ensure online freedom across India and undermining that will raise more concerns about the democratic freedoms that India has worked so hard to achieve.

In this context, it is hugely encouraging to see so many more Indians not only having an awareness of VPNs but actually using them day-to-day when they go online.

A VPN offers users in all countries security, privacy, and peace of mind when they go online. This is every bit as important in India as it is anywhere else in the world.

Sharing VPNs in the way that many in India do is fine, so long as the terms and conditions of your chosen provider permits it. It is to be hoped that this trend of increased VPN use continues to grow and Indian users stick to premium providers an don't make the mistake of risking free VPNs instead.