Will a VPN improve Streaming? 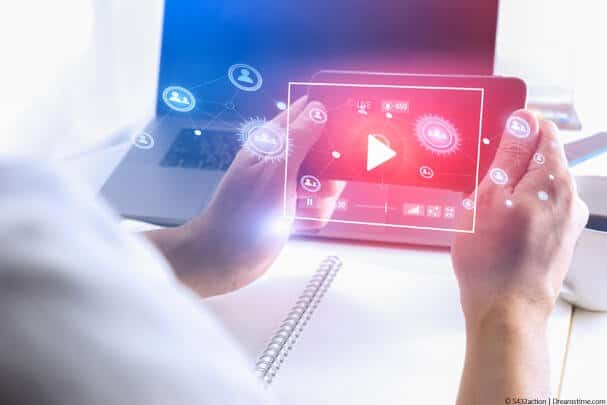 Online streaming is one of the most popular online activities today. Hundreds of millions of people around the world do it in their spare time, whether to relax, catch up with their favourite shows, or watch a movie they've been itching to see.

There are already numerous services out there, such as Netflix, BBC iPlayer, Hulu, and many, many more.

Watching things online has become an entire industry of its own, and companies invest a lot of money to make their streaming service the best.

Services are user-friendly, the quality is better than it has ever been, and there have been many other improvements over the years.

But will a VPN improve your streaming?

Below we're examining if a VPN will improve your streaming and looking at some of the benefits and pitfalls involved.

You probably already know what ‘streaming‘ is, but just in case there is any confusion – let's cover the basics as well.

Streaming is the process of watching different video content online. When you stream a show on Netflix, the files are taken from the servers owned by the service and supplied to the viewer, such as yourself.

These servers often contain hundreds, or even thousands of different shows, movies, documentaries, animes, and alike. 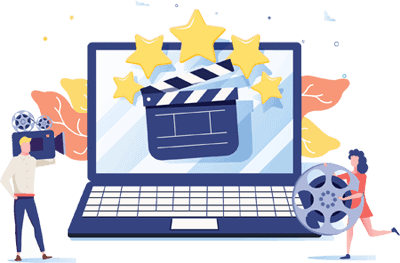 As mentioned, there are many popular ones, such as Hulu in the US, BBC iPlayer in the UK, and Netflix around the world. Not to mention Kodi, which is one of the most popular not-quite-official streaming services out there.

Streaming shows you the content almost instantly. It's different from downloading which would require you to have the full show or movie before you could watch it.

Will a VPN improve streaming?

We know you are looking for a yes or no answer, but it is not that simple.

There are times when a VPN can help but further down we'll discover why it can also be a hindrance.

If you have a bad data route between you and the streaming service, for example, or if your ISP (Internet Service Provider) is reducing your speed manually.

Speed reduction is often used when you're using data-intensive services such as streaming high-quality video. Their reasoning is so it doesn't affect the quality of service for other users.

A VPN can shield your online traffic, and make it impossible for your internet provider to know what you are doing. It can also send your data via a less congested route.

As you can see, it's not a simple ‘yes' or ‘no answer – it is not as easy as that, and the issue is a bit more complicated.

When a VPN won't help for streaming

As you can imagine, a VPN cannot help you out if your internet speed is already crawling.

A VPN itself would likely slow it down even more, as all of your traffic needs to be encrypted and protected, which is what VPN does. It is also not going to help if you have a bad connection.

A VPN won't make any difference in these situations.

Remember that while a VPN is a useful technology, it is not a miracle cure for all internet problems.

What is buffering or lag?

Of course, streaming these days is much smoother than it used to be, but you can still encounter some adverse effects.

Buffering and lag are annoying, as there is nothing worse than having your movie freeze at the most exciting moment or start stuttering or jumping ruining your watching experience.

Then, there is the possibility that your internet provider might reduce your speeds if they catch you using torrents, or even watching Netflix.

Of course, the route your data takes also plays a part that is mostly out of your control although a VPN can send it down a different path hopefully bypassing any points that are suffering issues.

As you can see, there are many aspects to consider.

When it comes to choosing a VPN, that is where your decisions matter. There are many, many VPN services, and no two are entirely alike. In fact, we compare 21 of the best VPN services right here.

Some are better, some are not as good, and we tested many to determine which ones are the best.

According to our tests, ExpressVPN is working with the most streaming services. It also has some of the fastest speeds in the industry, and it has servers in 94 countries.

NordVPN and IPVanish are also near the top, and while there is no single ‘ultimate VPN', there are some pretty good services that you can check out in our VPN comparison guide.

Streaming overseas content is one of the most popular uses for a VPN.

This type of content is usually blocked and only limited to citizens of its home country. Using a VPN can unblock that content, so you can access it and watch it, or watch your country's local content if you are travelling abroad. So a person in Europe and a person in South America likely won't see all the same shows, which means that both sides will be missing out. With a VPN, you can gain access to most of this content.

Negatives of using a VPN for streaming

While we could talk about positives all day, there is no point in denying that there are negative sides as well.

VPNs are not perfect, and many of them do not work with some streaming services.

This does not mean that they don't work with any streaming service, however.

It is possible that Netflix has blocked some VPN services, but you can still use it for watching HBO or BBC iPlayer, for example.

Hulu might block another, but ITV Hub might work. It all varies from one VPN to another. It's why we regularly recommend ExpressVPN because they work with the broadest range of services – especially the big name ones which you're likely to want to access.

Then, there is the fact that they can slow your internet, as we discussed before. For most people, this won't be an issue, but if you have an already slow internet connection, then you could face problems.

Also, it is yet another app that you need to install, and if you are a mobile user, it will likely drain your battery faster.

VPNs have their positives and negatives, but they are becoming more and more popular, useful, and unfortunately necessary for privacy protection.

They can also help you stream more content online, protect you from dangers, and secure your privacy and anonymity.

There will always be a slight reduction in your internet speed but for most this won't be noticeable.

One of the most significant benefits is they can provide hundreds of hours of extra content, unlock new shows, and allow you to access content from other regions.

Besides the streaming benefits, with all the privacy issues these days its recommended to use a VPN at all times regardless.