Home » Guides » Will a VPN hide my Internet activity? Explained

Will a VPN hide my Internet activity? Explained 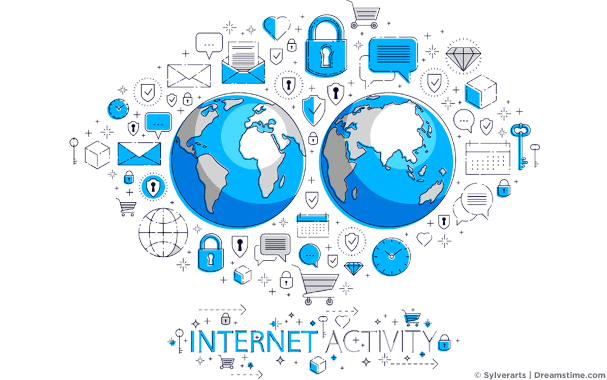 Wondering if a VPN will hide your internet activity? You’re not alone.

In this guide we’ll be taking a look if a VPN can indeed hide your internet activity and be exploring some of the facts and fiction surrounding such claims.

The internet has grown to be a pretty useful tool, that goes without saying, and even more than that, in just the few short decades it has been around it has entwined itself in our everyday life.

It is practically the second layer of our world, the world’s ‘digital version’, where you can find, buy, or learn pretty much anything humans have ever come up with.

However, that does not mean that it doesn’t have its negative side. For example, there will be a record of almost all your internet activity.

Even now, you can find posts, discussions, and information from over 20 years ago. In fact, here’s the first ever website – still online from 1989!

Wherever you go on the internet, you leave a permanent data trail allowing people to follow you, which is why we’re exploring if the popular ‘VPN‘ app can help hide your internet activity.

First of all, VPN – or ‘Virtual Private Network’ – is an online privacy, security, and anonymity technology that allows you to hide your traffic from others, and expand your online reach.

It is handy for bypassing restrictions, censorship, and generally keeping your data and activity private during your online sessions.

There are many side uses such as unblocking streaming services like BBC iPlayer and Netflix for example or downloading Torrents or streaming Kodi privately.

It’s one of the big reasons they’ve become so popular.

What is ‘internet activity’?

As far as the ‘internet activity’ goes, it includes pretty much anything and everything you do online.

That means there’s a record of the time you visited a website, including dates, and the addresses of sites themselves. The internet also records your login times, and more.

Almost every click you make while online leaves a trail, and there are people out there skilled enough to follow it. 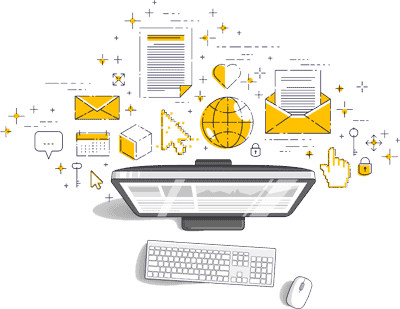 The issue is compounded by big technology companies such as Google which have tracking beacons on over 50 million websites, but more on that later.

Will a VPN hide my internet activity?

We will be honest with you; this is not an easy question to answer.

The fact is that what you do WILL remain recorded, in little bits here and there. The internet will remember it. However, with a VPN, this trail will not lead back directly to you.

On the most basic of examples, if you go to Google without a VPN, Google will see that you visited, what your IP address is, what you searched, when this happened, and more.

But, if you use a VPN, all that Google will know is that someone has visited, but it won’t link those things to you.

However, being logged into Google can change the dynamics dramatically, which we’ll explore below.

Naturally, this disguise only lasts for as long as you keep it up.

We understand that you like using a lot of websites, many of which require you to log into them to do anything meaningful. However, if you log into any one of them, your disguise will be broken.

While you are visiting a site without logging in, the website will know that someone is there, but not whom. As soon as you log into your account, the site will figure out who you are, as only you have access to your account. 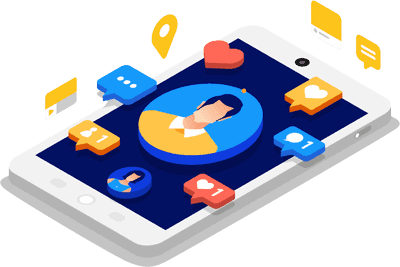 However, it’s not as clear cut as this. There are also things like tracking beacons that can recognize you.

You may have an account for your favourite news website, but you may choose not to log in. If that news site is using Google tracking known as ‘Google Analytics’ and you’re logged into Google, then there will be some record of you visiting that website, what articles you read and more.

To avoid being logged in as much as possible you should use the Incognito and InPrivate modes of your web browser (find out how here) in conjunction with a VPN – although even this isn’t a magic bullet.

VPNs are many in numbers, especially since they became known to a broader amount of people. With awareness of online tracking, spying, and similar activities, VPNs have become very popular and diverse.

However, when it comes to merely hiding your activity and masking your traffic pretty much any decent provider will do, as long as they do not keep logs, or keep them for a minimal period.

Our favourite choice is ExpressVPN, as it keeps no logs, it is very affordable, especially when taking their annual package, and it has a vast selection of servers.

You can reach anything available in 94 countries around the world with it.

Alternatively, we also believe that IPVanish and NordVPN are great options as well for hiding your internet activity and you’re free to choose.

Will anyone know I’m using a VPN?

This is also a bit more of a complicated question.

Your ISP (Internet Service Provider) will see an encrypted connection between you and a server that is not theirs. They have likely gotten pretty good at identifying VPN servers so far, so they are likely to figure out that you are a VPN user.

However, they still won’t be able to see what you do online, only that you use a VPN. This is the case if you’re using a VPN in the UK or most other countries. 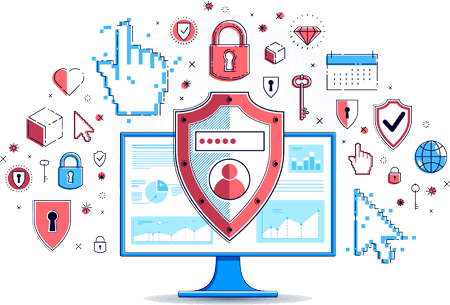 You should also know that some countries use DPI (Deep Packet Inspection), and will be able to see VPN types like OpenVPN, which will once again reveal that you are a VPN user, but not your actual activities.

It’s how countries such as China can block VPN connections in many cases.

Can I do illegal things while using a VPN?

Using a VPN does not make it any less of a crime, and you should know that many people are caught doing illegal activities despite using a VPN.

Any serious crime will likely result in you getting caught, even if you use a VPN. Our advice? Don’t do it.

First of all, let’s be clear – there is no such thing as 100% anonymity online.

Even VPNs can’t achieve that. 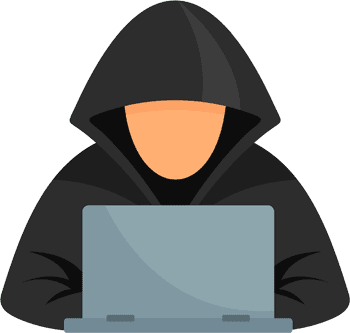 Next, if you pay for your VPN with your card, PayPal, or another payment service, there will be records of you doing so.

Your VPN and your bank will certainly know what that payment was about.

You can never disappear from the internet, no matter how many precautions you take. But, you can make things that you do online blurry, and vastly improve your security as a result.

VPNs are great tools, but they have their limits. They can make you semi-anonymous, but not completely. They can ensure your privacy, but only if you make sure to choose a proper service.

Some of them keep logs, some of them keep partial logs, and some don’t keep any logs at all. Partial logs are not necessarily a bad thing, as they are often used for bettering the service. But, the type of logs that free VPNs keep will likely expose you entirely, so there is no point in using them at all.

So while a VPN will hide your internet activity, many factors can lead to some or even all of your activity still being exposed.

Using a VPN is essential these days but equally as important is how you use the internet, what services you connect to and ultimately the information you choose to put out there.

Our #1 Recommended VPN for hiding your Internet Activity