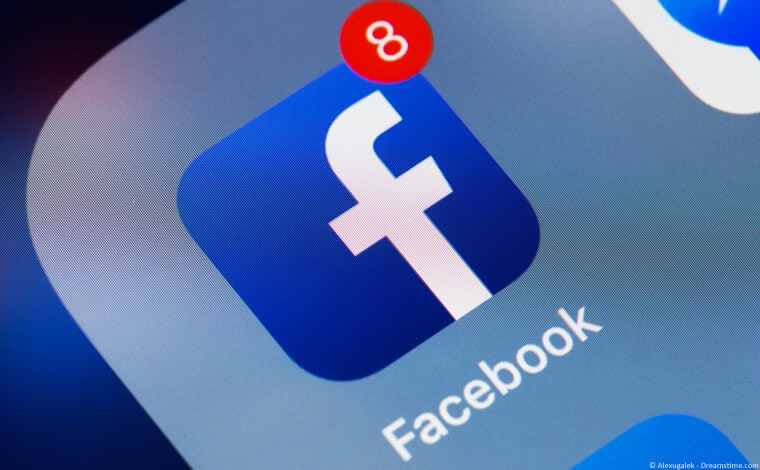 Finding a VPN for use with Facebook can be difficult. With more than 500 VPN services out there, how do you begin to choose?

That's where we come in. We've been research VPN services for over six years and in this guide we'll be rounding up the best choices for use with Facebook and for other purposes too!

Well, depending on where you located, you might need it even to gain access to it. Facebook is available in most countries around the world, but there are some locations where it is blocked and censored. You might even find it blocked on other networks, but more on that later.

Alternatively, even if you can access it without having to worry about censorship or network blocks, you should still use a VPN to protect your privacy. All that remains is to learn which one is the best for you.

Our leading choices for VPN services for use with Facebook are:

ExpressVPN takes the first place on our list as the most private and secure VPN service out there for your social media usage.

It offers breakneck download speeds that makes it perfect for browsing Facebook with no delays, watching videos, and more.

It has over 3,000 VPN servers in 160 locations, which can be found in some 94 different countries. You can access Facebook almost everywhere due to worldwide coverage.

It is the best VPN when it comes to app coverage, allowing you to post and like on any system. They've also been audited as log-free so what you do while connected remains private.

However, if you try it and don't like it, there's a 30-day money-back guarantee, which will let you get your money back.

Next, we have CyberGhost, which is also a decent service to use for accessing Facebook.

CyberGhost features reliable download speeds, and it offers over 5,700 individual VPN servers in over 90 countries.

With CyberGhost, you can also secure several different devices and systems, including Windows, iOS, Mac, Android, FireTV, Linux, Chrome, Firefox, and more. Thanks to the fact that it offers browser extensions – you can use it to secure pretty much any device that can use Chrome or Firefox.

CyberGhost also doesn't keep logs, which makes it a great solution for keeping your social media habits private. However, where it stands out is its money-back guarantee, which lasts for 45 days, as it is one of the longest in the VPN industry.

NordVPN is an excellent service which often shares second place alongside CyberGhost. The two are very similar in terms of quality, as well as when compared to ExpressVPN.

Like the other two, NordVPN also offers outstanding security features such as double-hop servers, a kill switch and DNS leak protection. It also features the typical 30-day money-back guarantee.

5,600+ VPN servers are available, which is almost as many as CyberGhost, and more than ExpressVPN.

However, these servers are located in fewer countries – around 60. Even so, that is more than enough for you to find the one to connect to and unblock Facebook.

The service is available on numerous devices, including any that runs Android, Windows, iOS, Mac, Linux, Android TV, and more. Chrome and Firefox browser extensions are available, as well.

NordVPN also doesn't keep any logs, so you don't have to worry about being spied on by your VPN and again this has been fully audited.

In the fourth spot, we have IPVanish, which is also one of the fastest and most secure VPN services around.

IPVanish can be used on many different devices, including iOS, Android, Mac, Windows, or Amazon devices.

However, the part where it shines is the fact that it allows you to connect as many as ten different devices at the same time, which is more than any other service. If you've got a family of Facebook addicts, then this is a bonus for you.

In terms of servers, IPVanish has significantly fewer of them – around 1,300. However, this still accounts for 40,000 IP addresses, and these servers can be found in 75 different locations, so we believe that it has decent coverage, albeit a bit smaller than its predecessors on this list.

The only aspect of IPVanish that can be considered a downside is the fact that it offers a 7-day money-back guarantee, which is way below the industry's standard.

Finally, we have VPN.ac, which is known for its excellent download speeds and low prices.

This is a VPN network created by professionals, and it is an excellent choice for those who wish to unblock online content and retain their privacy while doing it.

VPN.ac is a smaller service than the VPN giants that we have mentioned earlier. Its server network only includes 21 countries so you'll need to consider where in the world you want to access Facebook.

The VPN encrypts your data keeping it secure, and it has no speed limits. They do keep some minor connection logs but only for 24 hours, but it's another consideration.

You can use the service on six devices at the same time, and it has dedicated apps for Windows, Android, Mac, and iOS.

The money back guarantee is just 7-days so ensure you test it fully in the first week to make certain you're happy with the service.

We have already touched upon this issue briefly at the beginning, but let us address it now. We will give you three main reasons why you should use a VPN for Facebook.

It is not uncommon for us to start using various networks throughout our day.

Think about it – if you have ever connected to the internet at work, in school, or at university – you are using their private network. 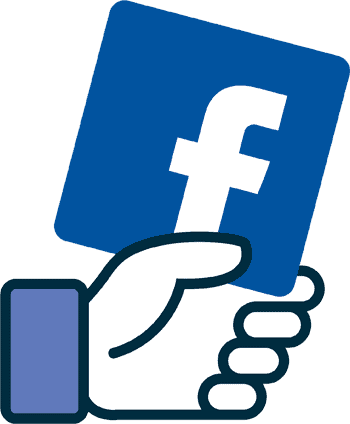 This network can introduce any censorship or restriction it wants, and social media is usually the first one to go, to remove the distraction and allow you to focus.

Next, it is always good to think about your privacy.

All websites on the internet tend to collect our information as we interact with them, and Facebook is no different.

Of course, not even a VPN can protect you if you choose to share data on the platform intentionally. But, it will protect you from revealing things that you do not want to show.

More importantly, it gives you the power of what details you want to reveal without someone taking them sneakily.

If you thought that private networks are bad for blocking your access to Facebook – consider how it must be for people who are completely cut off by their own country.

Many others did it too, at least temporarily, but whether or not it is temporary – the fact is that you are still forced to suffer the effects of a ban which means no Facebook.

With a VPN, you don't have to be blocked from accessing your Facebook account and can continue to use social media freely.

Free VPNs are, of course, one option. However, that does not make them a good option.

A lot of free VPNs are awful for your privacy, as they tend to log your data, and expose you to advertisers, or sell your information to the highest bidder.

Since you don't pay for their use, they have to get the money from some other source. That can include bombarding you with ads, selling your data, or both. 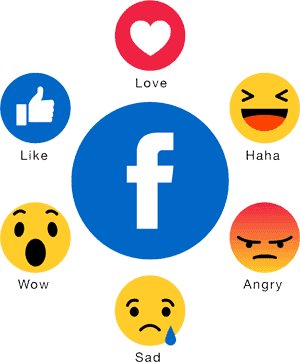 In the end, using these services is as bad as not using a VPN at all, and sometimes worse. The worst situation would be to start using a free VPN, only for it to turn out to be malicious, and infect your device.

It's not even those sketchy Chinese-owned ‘free' VPN services you have to worry about. Facebook's Onavo VPN, turned out to be even worse for your privacy than Facebook's regular service.

Nothing is stopping you from using them, but the best advice we can give you is to avoid them at all cost.

Can I unblock messenger with a VPN?

Of course, with a VPN, you can easily access not only Facebook itself, but unblock messenger as well.

You can unblock both with the same VPN, and at the same time, so there are no complications and you can keep on chatting with your friends anywhere.

A VPN can only make you anonymous to a certain degree.

For example, if you visit Facebook without logging in – then yes, you will in some cases be anonymous. However, this can vary as websites, especially Facebook has a habit of tracking you across the internet.

In other words, VPNs can only do so much, and it is up to you to carefully consider what you want to do, as some actions can break your online anonymity.

As mentioned, China is not the most Facebook-friendly country, and the platform has been blocked for years.

However, with a VPN, you can easily bypass that block and access Facebook from any location in China. All that you need is internet access, and you will be set.

It's worth noting that you should install VPN apps before you visit China as you may find it difficult accessing them on your app store or the VPN provider websites to even sign up.

Using a Virtual Private Network for any reason is a good idea but coupling that with Facebook leads to improved online security.

Some people have no choice but to use one to bypass country blocks. Others do not have to worry about that, but should still worry about network restrictions.

Our recommendation is to use ExpressVPN but the other four VPNs for Facebook listed are equally as capable. If you have time to spare, it's well worth taking a look at all five options.

Whichever VPN you end up choosing you'll now be able to like, post, wow and even ‘poke' (does that even exist anymore?) as much as you want.

Ready for a Facebook VPN? Try our recommended VPN service.