VPNs touted as the answer to Cuba’s internet censorship 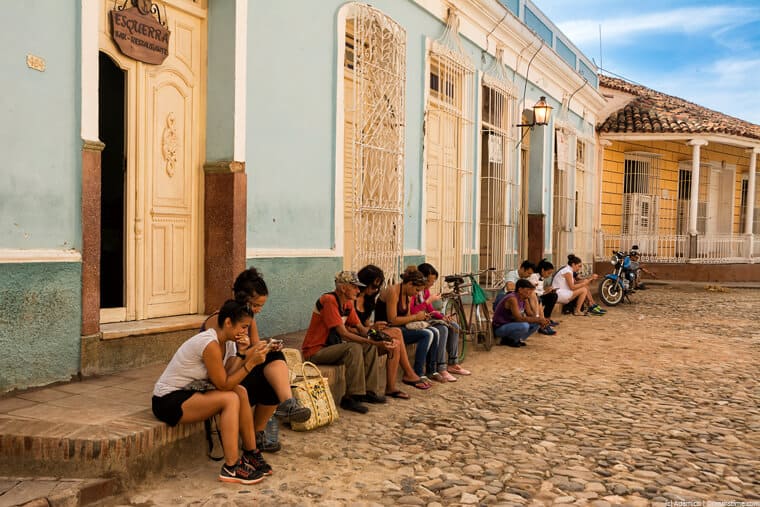 Cuba is a nation in a state of flux right now as the long-suffering people are beginning to stand up against the Communist regime that has oppressed them and kept them living in abject poverty for decades.

As with so many countries where the people have begun to rise up against their authoritarian rulers, the internet is playing a crucial role in helping the people to organise and protest.

But the internet in Cuba is still controlled by the regime which monitors activity closely and has the power to shut down the internet entirely if it so wishes.

With the prospect of freeing Cubans from their Communist oppressors now looking more realistic than ever, the US Government, along with the large Cuban American lobby, is looking at ways to ensure that free internet access continues to be available to the Cuban people.

How to deliver internet freedom in Cuba

But the proposal that appears to have gained endorsement from the White House and Cuban American leaders is using VPNs.

Of course, VPN use is already fairly common in Cuba as it is in all countries where authorities try and control people's access to the internet.

A VPN encrypts users data and allows them to mask their own IP Address meaning they can get online practically anonymously and avoid any surveillance or logging their government may have in place.

No final decision has been made yet but a Biden official has told the Politico website that the Departments of State, Commerce, Treasury and the Federal Communications Commission have been directed to develop the required rules, licenses and authorizations.

One influential US legislator who has backed the use of VPNs for Cuba is Senator Bob Menendez (Dem, New Jersey) who chairs the Senate Foreign Relations Committee.

Menendez has recently met with President Biden to discuss the matter and his spokesperson said that he “believes [VPNs are] one of the most effective ways for people on the island to access and share information outside of the regime's control and, as such, has been working through numerous channels to support those efforts.”

While the VPN solution has been welcomed across the board, there have been some who have raised concerns about its long-term effectiveness.

Jon Callas, director of technology projects at the Electronic Frontier Foundation, has raised concerns about the extent of the Cuban regimes control over their internet infrastructure, whether they could still see that start and end-point of a Cuban users internet activity, and the broader question of what happens if they decide to pull the plug on the internet altogether.

Others have noted that internet access in Cuba is still low, with around 31% of households believed to have it.

As a result, there are a lot of Cubans who are unfamiliar or inexperienced with using VPNs and while VPNs are generally simple to use, there is still the risk of a mistake which in the current climate in Cuba could be dangerous.

Despite these reservations, in the short-term, a VPN strategy appears the fastest, simplest, and most cost-effective way to enable Cuban activists to have the safe and secure internet access they need.

In the long-term, more large-scale options might be needed such as balloon or satellite infrastructure. One intriguing suggestion also includes the construction of a cell tower on the US-controlled Guantanamo Bay Naval Base and even the US Embassy sharing its Wi-Fi network.

The Cuban situation will also be watched closely by online freedom campaigners and democracy activists around the world too.

Its close proximity to the US and the strong Cuban-American lobby mean that action is almost guaranteed and Cuba could well prove to be a test bed for freeing up the internet in other authoritarian countries too.

If the US can force the free internet access needed in Cuba to topple the Communist regime there, imagine the possibilities if similar internet freedoms can be delivered to the people of countries like China, Iran, and Russia.

There has been much concern in recent years about the impact of authoritarian regimes of the free, global, internet and China's model of internet sovereignty has spread quickly.

But if countries committed to a free and open internet can find ways to share an open internet signal across other countries, the positive impacts of global freedom and democracy could be profound.

And VPNs are likely to play a central role in that.