Home » Guides » Articles » 8 VPN Twitter accounts you should be following 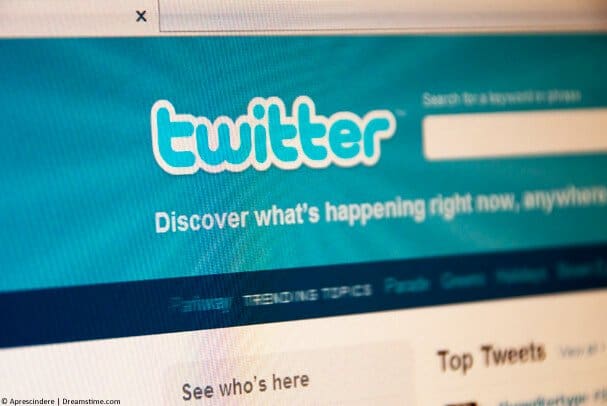 In this article I'm taking a look at 8 of the best VPN services you should be following on Twitter.

Twitter is a peculiar website, even among social media sites. This is the place where celebrities can voice their thoughts directly and where people can express themselves in only a handful of characters.

It is also the most popular social network among companies, whether large or small and in an ideal world allows freedom of expression.

That includes VPN providers as well, all of which have accounts on Twitter.

So if you're looking for those active gems in a sea of 280 characters, we've got you covered. 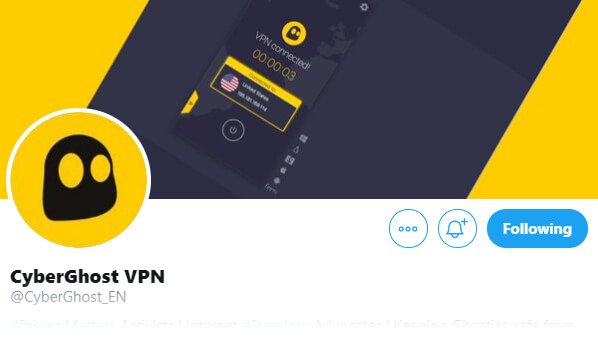 Apart from being a great VPN, CyberGhost also uses Twitter to spread the word about news regarding the tech world, as well as various incidents and events.

If you start following CyberGhost on Twitter, you will see news regarding hacks, vulnerabilities, as well as new technological breakthroughs, daily.

It is an excellent way to stay in touch with some important tech events without having to seek out the news yourself, and it is certainly educational.

Alongside their usual service related tweets, they're one of the most active for posting news other than service announcements. 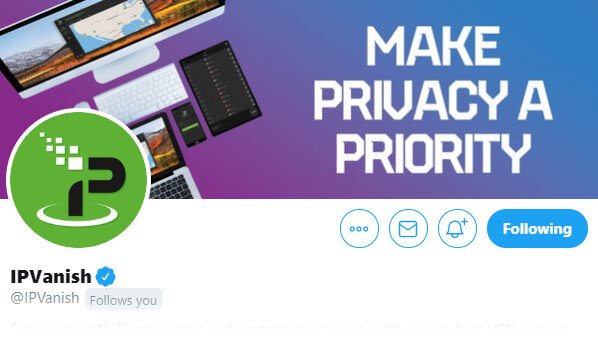 IPVanish's Twitter is just as educational as CyberGhosts, although in its own way.

This VPN tends to share news, articles, and blog posts tightly related to online privacy and surveillance. Some of it comes from IPVanish's website, while the rest are security posts from other sites.

But, if you are interested in news regarding surveillance, methods of addressing it, and improving your online privacy, IPVanish‘s Twitter page is the best way to start. 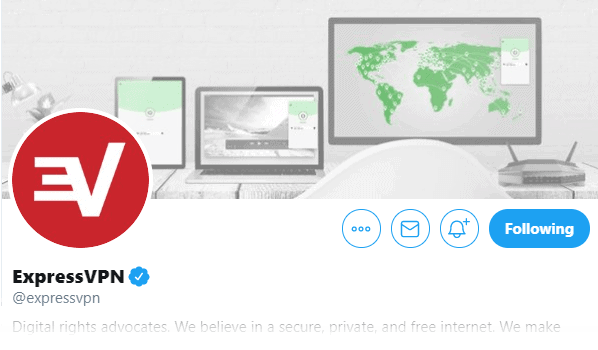 When it comes to ExpressVPN, the service mostly posts its own articles, arising from its website or to announce new features like their recent simultaneous connections increase.

It also sometimes retweets, and it even participates in discussions, bringing about a more casual feeling to its Twitter page.

Sometimes, the service comments on the news or article they are sharing, or sums it up with a relevant quote. 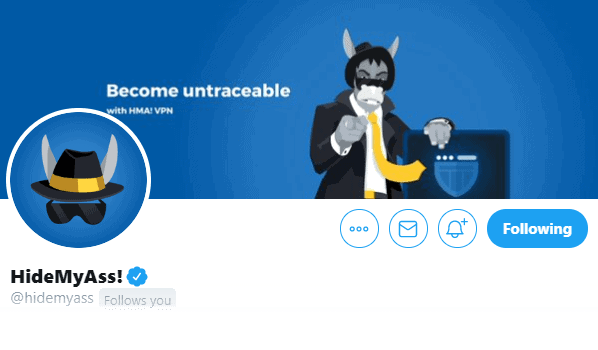 Next, we have HideMyAss, which is an interesting service that has been around a good length of time.

As such, it may be beneficial for those who are new to the world of online privacy and security.

Following HideMyAss on Twitter will allow you to learn quite a few security tricks, and become aware of what you might be doing wrong.

It is a great account to follow for novices, but even those with experience can sometimes use a reminder. They're certainly not our favourite VPN service, but their Twitter usage isn't half bad. 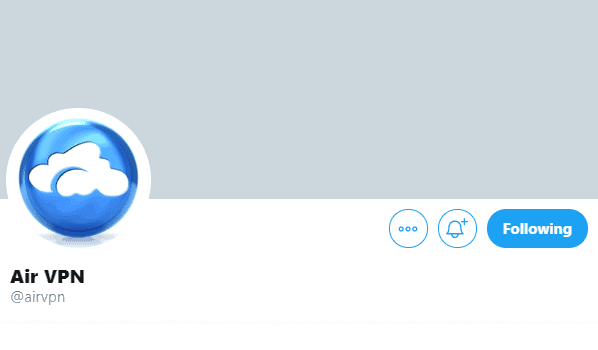 AirVPN is another VPN service whose Twitter account focuses heavily on privacy topics, as well as topics such as Julien Assange and recent incidents regarding him.

They are also heavy on the retweets, most recently about Assange, privacy, and alike, so they certainly stay true to their beliefs and interests.

They also tend to share posts from their website, mostly in regards to the development of their service.

This Twitter account is one for more advanced users, but you will find regular info in between the technical stuff. 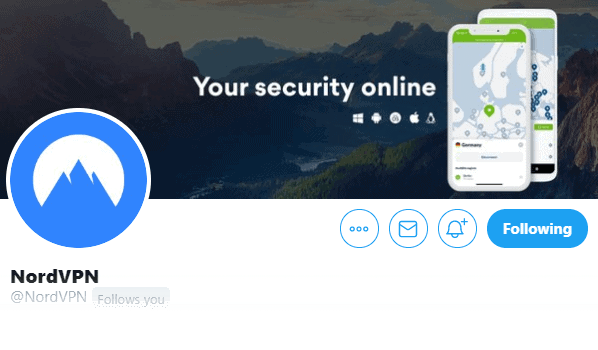 Then, there is NordVPN, which is a great choice of a VPN, but their Twitter page mostly comes down to them tweeting links to their own articles on their website or about new server locations.

While there's nothing inherently wrong with that and they do push out some interesting blog posts, you won't find much in the way of outside content.

Following NordVPN on Twitter is a good way to get notices when they post something new on their blog allowing you the choice of reading it or skipping it.

NordVPN posts several times per day, so there is always something new for those interested in reading their posts. They do talk about some of their planned new services outside of their VPN solution, but you can easily avoid this if you're not interested. 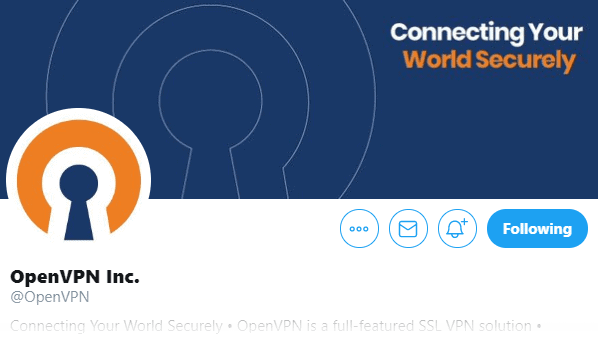 Granted, OpenVPN is not a VPN company.

However, if you are into privacy and security technology, you might find it useful to receive regular updates regarding the most trusted VPN protocol.

Not only that, but OpenVPN's Twitter page also tends to highlight a lot of content from Francis Dinha, which often includes in-depth explanations of various issues and topics. 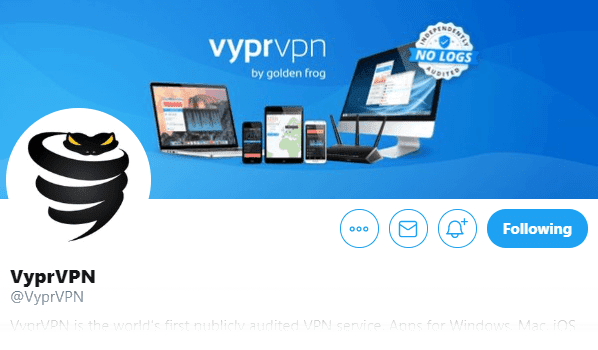 Finally, we have VyprVPN, which offers an exciting mix of security news from in-house, as well as various retweets.

Not only that, but VyprVPN also tweets about various sporting events from around the world, which are a great reminder if you forget to fire up your VPN for some sporting action.

Most of it is in the virtual private network context, such as guides and tutorials on how to unblock certain services for watching such events, but it is interesting that the service remains so focused on sports in particular.

They tend to be a good way to stay in the loop if you are a sports fan and a VPN fan at the same time.

Social networks such as Twitter are typically available everywhere, but there are a few areas around the world where people are not allowed to access them, such as China (check out our VPN for China guide if you're visiting or live there), Iran, and alike.

Not only that, but schools, universities, and even workplaces tend to block Twitter and prevent users from accessing it, supposedly in the name of “productivity”.

If you find yourself in similar circumstances, you would be wise to use a VPN like ExpressVPN to read tweets posted by VPN services and anyone else as a matter of fact.

It is unfortunate, but it is the only way to fight off censorship and restrictions.

VPN providers offer excellent security, privacy, and anonymity tools, but the companies behind them can also be a great source of news, security tips, or other educational materials.

Like most other companies, they are most active on Twitter, and you can find some helpful news and hints by following them.

Not every VPN service is active on Twitter, so it pays to follow only those worthwhile. The above eight are our recommendations.

If you're struggling to access Twitter in your country or on your network, don't forget by using a VPN such as ExpressVPN you can unblock Twitter.

Have you found any other VPN service to be active on Twitter and worth a follow? Let us know in the comments section below and don't forget to follow us too @VPNCompare!