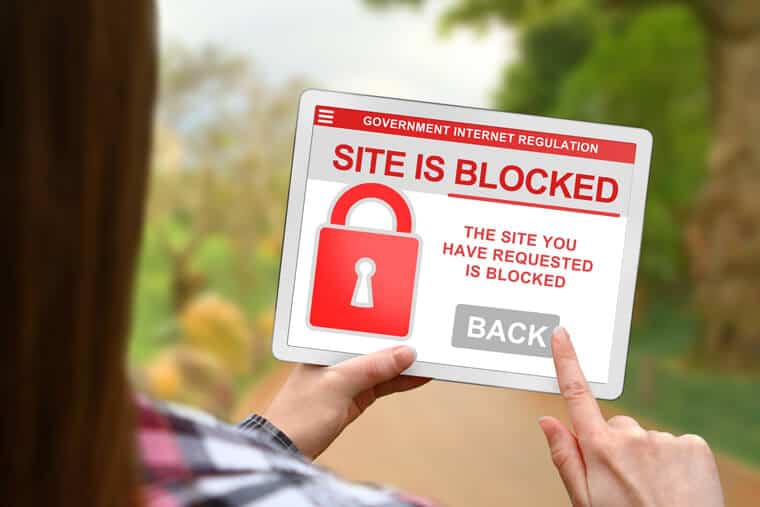 Nomadland was the big winner of the Academy Awards 2021, winning best picture, best actress in a leading role for star Frances McDormand and, perhaps most significantly of all, best director for Chloé Zhao, the first Asian winner of the award in Oscar's history.

Zhao was born in Beijing and you would have thought that the Chinese regime would have been all over one of their own taking the gong at America's most prestigious entertainment awards. But that wasn't the case.

Instead, there was a blackout on all coverage of the 2021 Oscar's ceremony across China and all mention of the results, and particularly Zhao's success was heavily censored on every news and social media outlet that is accessible inside China.

Back in 2013, Zhao described China as being a country “where there are lies everywhere” and also described the US as her home now. For anyone even half familiar with the rampant propaganda that infiltrates every aspect of Chinese media, this comment would hardly be considered controversial.

But in China, that was not the case. Nomadland has been removed from ticketing platforms across the country, reviews of the film have been deleted, and its release, originally slated for April 23rd, has been suspended.

Not everyone inside China is angry at Zhao for speaking the truth to power.

In Shanghai, a group of around 30 people who were all alumni of Zhao's alma-mater, New York University, gathered at a small bar called the Bund, in the centre of the city, to watch the ceremony and support Zhao.

They were planning to watch the show on YouTube with an early start time of 8 am local time. However, organiser Kevin Ke was hampered in his efforts to get the party started.

According to Reuters, Ke told the gathering that the Chinese authorities had suspended his WeChat account over the weekend.

His crime? A post that he put up on the site on Sunday praising Zhao, who is clearly persona-non-grata in the eyes of the Chinese Communist Party despite her groundbreaking victory.

It got worse for Ke, who was then unable to get the YouTube stream up and running until 10 am local time. “They cut the VPN”, Ke explained to the group at the time.

Details beyond this are sketchy. It is not clear whether the Chinese regime cut access to that bar alone or whether the whole VPN service that Ke was using was affected.

Ke has not named his VPN either, as far as we are aware, and the Cyberspace Administration of China refused to comment when approached by Reuters too.

The best VPN for China

We wouldn't care to speculate on which VPN Ke might have been using without access to further data. Still, we can be pretty sure it wasn't any of our top recommended VPNs for China, which are among the very few that are able to offer consistently reliable internet access inside China.

ExpressVPN is our number one recommendation for users inside China, closely followed by 12VPN, Astrill VPN, Surfshark, VPN.ac, and PrivadoVPN.

You can read more about the best VPNs for China and why these VPNs are on our list in our exclusive and regularly updated guide.

Had Ke been using one of these VPNs, he would most likely have had no problem unblocking the YouTube stream and watching the Oscar's live stream in real time.

As it was, after a two-hour delay, it seems that Ke was able to get the feed working and the group were thrilled when Zhao's victory was confirmed.

Zhao unlikely to be a CCP puppet

It seems that some inside Communist China are coming round to the notion that it is in the interests of the CCP to embrace Zhao's success and overlook her previous criticism.

Even Hu Xijin, the editor of CCP-controlled tabloid Global Times and usually a vociferous apologist for the genocidal totalitarian regime that pays his wages, cautiously welcomed her victory.

He said, “As a Chinese born in Beijing striving in the US, the tense China-US ties may bring some troubles to her. Hopefully she will become more and more mature in handling those troubles.”

Given that Zhao lives and works in the US now, it seems unlikely that she will be able to be manipulated by the Communist regime in China in the way many other Chinese celebrities are.

That is likely to mean that watching her movies inside China and even reading about her successes is likely to prove difficult for the foreseeable future.

Unless you are using a premium VPN, that is, as the experiences of Kevin Ke and his Oscar's party have proved all too clearly.