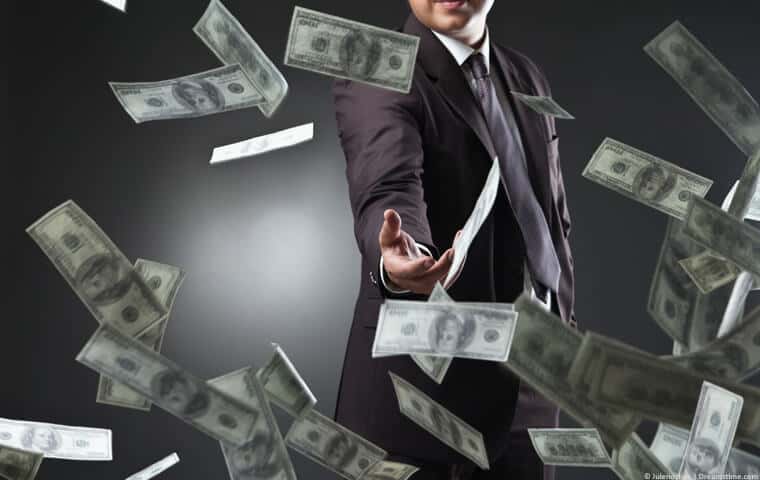 The VPN market is a crowded one which is one of the reasons most experts would advise you to shop around and read some reviews before signing up for a VPN.

But, as some readers may know, the VPN review market is also pretty busy. And like VPNs, there are some very good sites and some pretty dodgy ones.

Usually, these dodgy review sites go unchallenged and we dread to think how many people have signed up for a VPN that isn’t right for them on the basis of what these sites say.

So, we were surprised to see two VPNs calling out two review sites this week for misleading readers over their service.

The first was Windscribe, a Canadian VPN, which took to Twitter earlier this week to highlight the discrepancy in reviews on the VPN Mentor site.

Their tweet included a screengrab of the VPN Mentor reviews of their Android, iOS, Firefox, and Chrome apps along with the apps of ExpressVPN, NordVPN, and CyberGhost VPN.

The image shows that VPN Mentor gave Windscribe the highest marks across all four mediums. Yet, in what appears to be a highlighted overall marks, Windscribe came last out of the four VPNs.

In the circumstances, it seems reasonable for Windscribe to ask VPN Mentor to explain the discrepancy.

One explanation might be that this is a tally of “user” reviews rather than a site given score.

In the same thread, they also call out VPN Mentor for their speed tests too.

VPN Mentor describes their speeds as slow, but Windscribe fights back by highlighting a Twitter survey in which 49% of respondents consider their speeds good, 17% very good, and just 10% slow.

This is obviously not a scientific survey but, as Windscribe would no doubt argue, VPN Mentor provide no evidence of how they conduct their speed tests besides a far from convincing graph.

The other VPN which has given a review site both barrels this week is Torguard.

They have attacked Fergus O’Sullivan, the chief editor of Cloudwards over how they reviewed Torguard’s encryption.

O’Sullivan wrote that “Torguard’s heavy encryption slows it down, while, say, PIA [Private Internet Access] is fast mostly because it uses a lighter cipher.”

As they note on Twitter, Torguard actually gives users the option of lighter or heavier encryption ciphers. These can be configured during the setup or at any time afterward through the settings menu. Their damning conclusion is that “VPN reviewers should actually use the VPNs they review.”

It is, of course, possible that the Cloudward’s reviewer genuinely didn’t notice that he could change the Torguard settings, although we would suggest he is in the wrong line of business if he didn’t. But there is another reason why this site and others might be posting such inaccurate reviews.

You might be wondering why VPN Review sites would go to the bother of reviewing VPNs they haven’t actually used or posting faked or manipulated scores. The answer is quite simple; affiliate payments.

Before we go into detail about how affiliate payments work, it is important to put our own cards on the table.

VPNCompare is a review site and we have always been open about the fact that we are funded by affiliate payments. This is mentioned in the sidebar on every page of the website along with a link to our Full Disclosure page.

On this page, we make it clear while we do receive affiliate payments, these payments do not influence our reviews or recommendations. If you believe that or not is your call, but the information is there for you to make a decision.

Everything we publish is written in good faith and based on our personal experiences. Both readers and VPNs have regularly thanked us for this honest approach.

It's another reason why you won't see masses of reviews on our site for the some 500+ VPN services because we simply don't have the time or resources to test all services thoroughly and write a review.

Unfortunately, not all sites are as transparent and not all have adopted such an honest approach to their work. Although, to be fair both earlier mentioned sites do note they work on affiliate commissions.

An affiliate payment is when a VPN pays a small proportion of a subscribers fee back to the site that referred them. Affiliate payments can vary quite significantly from one VPN to another and this can be where problems start.

It's not unique to the VPN industry and is how most online businesses work.

If a VPN review site is just in it for the money, they are inevitably going to promote the highest paying VPNs ahead of those that pay them less. Indeed, some will even try to bribe VPNs to increase their affiliate payments in return for a better review.

Windscribe published a letter on Twitter this week which they received from such a VPN review site.

The letter suggests pushing them up to number one on their rankings on a certain page in exchange for an additional US$1 per referral. It also asks for their best offer for sales to help achieve this position increase.

Sadly, Windscribe chose to redact the letter so we don’t know which VPN review site was making such an offer. All we know for sure is that it definitely wasn’t us.

There is no hiding that unscrupulous VPN Review sites are not doing themselves or the VPN market any credit with their shady practices and dodgy reviews. But the VPNs themselves are not without blame either.

The unnamed VPN Review site that emailed Windscribe wouldn’t have made the proposals that they did unless other VPNs had agreed to their proposals before. This means that at least some VPNs are willing to manipulate reviews in order to increase sales.

While Windscribe decided to protect the identity of the site in question it would have been beneficial for it to be made known.

It also highlights how the recent explosion in the VPN sector has obviously left some providers operating well out of their depth.

The transition from cottage-industry to global-mega-business is a difficult one. Some CEOs and other senior figures might find the pressures hard to deal with.

We would certainly suggest that many bosses of other multimillion-dollar companies wouldn’t be found posting snarky Twitter messages about review sites. Elon Musk might be the one exception who often posts what's in his mind.

It’s all a bit childish and does no-one in the VPN sector any favours. It would be much more professional for these issues to be discussed in private and behind closed doors with VPN providers cutting ties with review sites that step out of the realms of what is acceptable.

The question is how do we resolve the problem of unscrupulous VPNs and misleading review sites? It is a vicious circle where both sides depend on each other to survive and thrive.

One answer could be regulation but implementing that on such a fragmented and international industry would be nigh-on impossible.

For now, there is no obvious answer which means the onus has to lie with VPN users themselves to make sure they are getting good advice from dependable sources.

What are your thoughts on the matter. Are VPN services right to call out inaccuracies in public and ultimately do these tit-for-tat arguments cause more damage than they solve for an industry coming of age? Let us know in the comments section below – we would love to know.