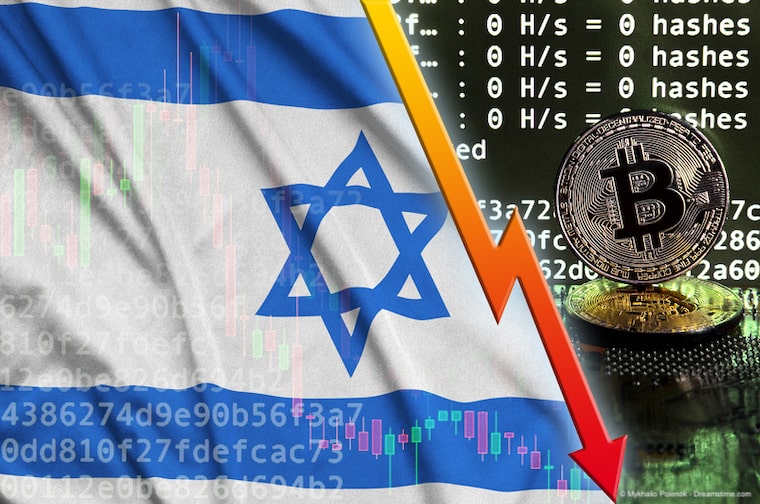 Earlier this year, Changpeng ‘CZ’ Zhao, the CEO of Binance DEX, one of the world’s biggest cryptocurrency exchange services, described using a VPN as “a necessity” and recommended that anyone using his exchange should connect to one.

However, it seems that the message has not yet made it to Israel. There, the Israel Money Laundering and Terror Financing Prohibition Authority, the body tasked with dealing with financial crime in the country, ended its years by issuing a document which implies that using a VPN makes you suspicious.

On December 31st, they decided to see out the old year by issuing a draft guide titled ‘Red Flags in the Virtual Assets Field’. The guide, which is intended for public discussion and review, is intended to inform private sector businesses in Israel about how they can spot money-laundering.

It contains a long list of ‘red flags’ which it claims are indicators of money-laundering and other financial crimes. The list has been compiled by the authority together with various financial regulators and members of the industry.

Before we delve into some of the more troubling things listed, it is worth noting that the authority is not seeking to clamp down on cryptocurrency trading or other online financial transactions in general. It specifically notes that digital assets can promote economic innovation.

But it also stresses that such transactions are a challenge to law enforcement agencies and claim this guide is intended to help identify ‘problematic’ transactions.

Using a VPN is deemed suspicious

It all sounds perfectly reasonable so far until you delve into what the list includes. Among the lengthy list are red flags which state “The service recipient enters the service provider’s system using an IP address associated with VPN, The Onion Router (TOR) software or another software that allows users to employ increased anonymity.”

This red flag basically says that using a VPN when conducting cybercurrency trading implies that you are up to no good. It goes completely at odds with advice from the likes of CZ Zhao at Binance DEX who say that everyone should be using a VPN to protect their privacy and security when conducting online financial transactions.

According to the Israel Money Laundering and Terror Financing Prohibition Authority, if an organisation sees one or more of these red flags being triggered, it “must” investigate further and if there are suspicions of money laundering or other issues, they must report the matter to the police.

This rule basically means that if anyone uses a VPN in Israel to protect their security when doing any type of online financial transaction, they should be deemed suspicious and investigated.

The cryptocurrency trading community in Israel has criticized the sheer volume of red flags that have been included on the list, suggesting having so many is likely to result in excessive and unjustified issues being raised.

The authority claims that the industry has also been consulted on this new document. But the scale of opposition that has been seen suggests that, if that is true, they either asked very few people or they completely ignored what they said.

Ron Tsarfaty, the Chief Financial and Compliance Officer at Bit2c, summed up the views of the industry in Israel. He told Bitcoin.com, “Such red flags hurt both the growing industry and technology and the fundamental rights inherent in democracy: the freedom of the individual, the right to privacy, the right to property and freedom of occupation.”

He is absolutely right. When conducting financial transactions online, using a VPN is a standard tool to ensure that the transaction is encrypted and cannot be intercepted or hacked.

This is as true for managing your online current account or paying for something on Amazon as it is engaging in complex cyber-currency transactions. VPNs are vital for protecting banking details and keeping any transaction hidden.

To suggest that anyone using a VPN is automatically suspicious and should be subjected to an investigation is not only ridiculous but deeply irresponsible as it could lead people to stop using a security and privacy tool that they really need.

There might be a case for saying if a user is connecting to a VPN and triggering several other red flags, it is worth investigating them. But to suggest using a VPN on its own is sufficient is absurd.

The good news for cryptocurrency traders in Israel is that this guide has only been published for review and is not formal advice yet. It seems inevitable that the cryptocurrency community in Israel will make their feelings known in no uncertain terms.

Hopefully, the sensible and necessary changes that are needed to this guide can then be implemented.

But whatever happens, cryptocurrency traders in Israel and beyond should be in no doubt that using a VPN when trading currency or engaging in any type of financial transaction remains absolutely vital.