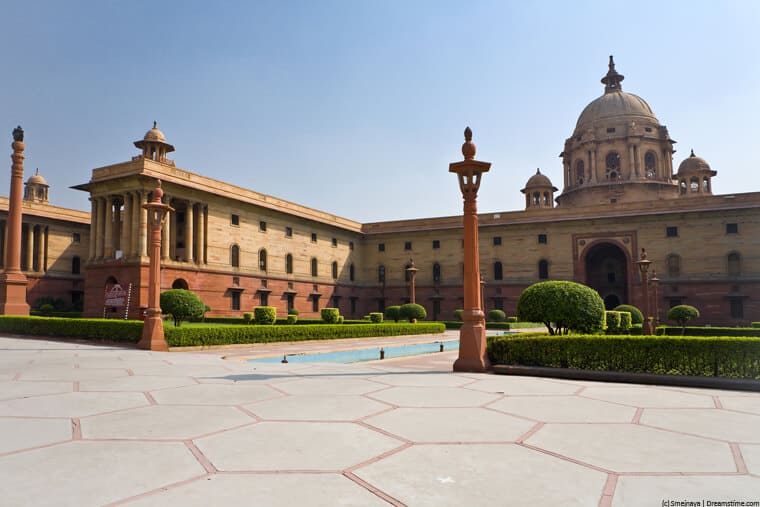 The Committee in question is the Parliamentary Standing Committee on Home Affairs and they have argued that VPNs are a threat to counter cyber threats and other illegal activities and should therefore be banned completely.

What the Committee thinks

The recommendations were first reported by Medianama but have been widely covered across India, including by the reputable Times of India.

The argument made by the Committee is a simple one and certainly not unique. They claim that VPNs (and the Dark Web) are tools that allow criminals to remain anonymous online. The report also notes that VPNs are able to help criminal internet users bypass cyber security walls.

The Committee then goes on to note the ease with which Indian's can download VPNs and the wide variety of VPNs that are available before reaching the extreme conclusion that an outright ban on all VPNs is the only solution.

It is something of a leap to go from the simple premise that some VPN users are criminals to demanding an outright ban on VPNs but this Indian committee is not the first political entity to go over the top like this and it certainly won't be the last.

What the Committee has overlooked

There are a number of fundamental flaws in the thinking of the Indian Parliamentary Standing Committee on Home Affairs.

Firstly, while some criminals may well use VPNs, the overwhelming majority of VPN users are law-abiding citizens who use their VPNs for completely legitimate purposes such as enhancing their online security and staying safe when using public Wi-Fi networks.

Then there is the fact that, as online threats grow, VPNs are an increasingly vital tool to allow Indians to ensure their online security and privacy. The vast majority of online security experts recommend using a VPN for this very reason.

There is also the issue of freedom of speech and freedom of expression. India is a democratic country where these rights are law and a VPN can help people enjoy both. The only countries that have banned VPNs so far are those that restrict these basic rights like Communist China, Russia, and Iran.

India has recently blocked a number of Chinese websites and apps because of the threat to privacy and security that they pose. It would be an odd U-turn to suddenly choose to follow China down the path of internet restrictions.

The timing would also be strange given that just a few months ago, the Indian Government actually recommended the use of VPNs in order to facilitate remote working capabilities for India's large IT sector.

The Committee in question has suggested that VPN services should be “permanently blocked” across the country and say that the Ministry of Home Affairs and the Ministry of Electronics and Information Technology should work together to deliver this.

It also adds that the Indian Government should use the help of internet service providers across India to deliver this.

If that wasn't bad enough, it also suggests that a “coordination mechanism” should be established with international agencies to ensure all VPNs are blocked. It is unclear whether this is intended to block international VPNs in India or a vision of blocking all VPNs worldwide.

The end of the road

Either way, the recommendations seem little more than a pipe dream and have no basis in reality.

Even if the Indian Government were to accept them, which seems unlikely, they only have to look at the experiences of other countries that have tried to block VPNs to see how difficult this task is.

Even the Chinese Communist Party, with its seemingly bottomless resources and state-of-the-art internet controls, has found it impossible to stop any VPN that wants to work inside China from being able to do so.

The Indian government is certainly not in a position to go toe-to-toe with China on internet restrictions nor has it shown any inclination to do so.

Parliamentary Committees make recommendations that go nowhere all the time and this is likely to be another example.

But it is concerning that a Committee in a vibrant democracy like India would even consider such a move and should reaffirm to everyone just how vital online freedoms are and the important role that VPNs play in protecting them.