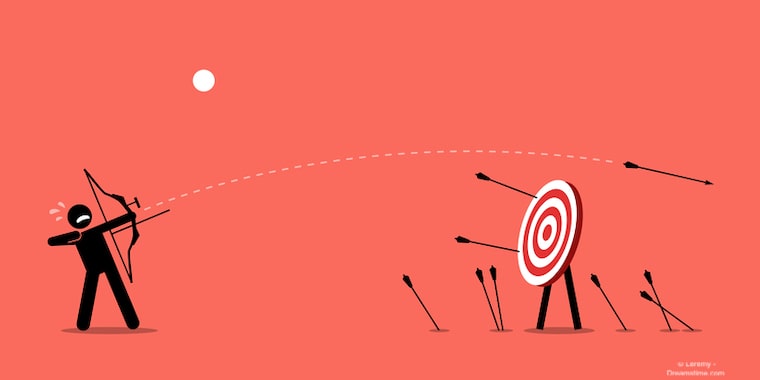 Online tech site CNet published an article yesterday which was critical of VPNs.

It was entitled VPNs: We found the limit to their usefulness in these three scenarios. The piece was written by Rae Hodge, a staff writer for the site who has a fairly lengthy and mostly uncontroversial back catalogue of content there.

This article stood out however because the crux of Rae’s argument, the three scenarios she highlights, are all either misleading at best or simply incorrect at worst.

Let’s address them one at a time.

Let you game at work without the boss knowing

The first scenario Rae uses is entitled ‘Let you game at work without the boss knowing’ but what she really means by this is using a VPN to unblock content that may be restricted on a private network, such as in an office or a school.

She suggests that there are several reasons why VPNs can’t be used in this way, including administrators blocking the installation of VPN apps on work devices, spotting that you are using an IP Address linked to a VPN, and most bizarrely, noticing your VPN app when they take remote control of your device to fix an issue.

None of these reasons really stand up to scrutiny.

While it is true that office and school administrators may place restrictions on what can be installed on desktop and laptop devices in offices and classrooms, few that we are aware of do so with mobile devices.

Many people also choose to use their own devices on these networks which negates this issue too.

As for spotting your IP Address, the chances of a network administrator having the time to monitor this sort of data from every user is minimal. Even if this is something they can do, there is little chance of them spotting a VPN IP Address over any other, especially if you are using a nearby server.

As for spotting the app when accessing your device remotely, this is easily remedied by hiding the app in a folder where the administrator won’t look.

When they do remote access devices, they usually want to get in and out as fast as possible. They aren’t going to hang around and nose though all your folders to find something incriminating.

Lots of people around the world use VPNs like ExpressVPN and NordVPN to unblock restricted office and schools networks and continue to do so without encountering any of these problems.

Protect you from viruses and tracking

The next scenario presented is that VPNs don’t protect you from things like malware and phishing emails.

This is perfectly true but it is like criticising your new car because it doesn’t feed the dog or throwing away a tin of pineapples because there are no peas in there.

VPNs have never been intended to prevent things like malware or mitigate the risks of phishing emails. A VPN encrypts your internet data and masks your identity online.

It is an important online security tool but one of a suite of tools including anti-virus and anti-malware software that you need to stay safe when using the internet.

There are actually some VPNs that bundle in other security feature when you sign up for them and so can offer protection from such threats. But criticising a VPN for not doing this is ridiculous and suggests that the author is clutching at straws.

Get you online during an internet shutdown

The last scenario present in the article makes reference to the growing trend of governments and authoritarian regimes shutting down internet access at sensitive times. As the author points out, when there is a total internet shutdown, VPNs are no help.

But this is stating the obvious. It’s like criticising a lightbulb for not working when there is a power cut.

A VPN is an internet tool so it goes without saying that if the internet is shut off altogether, a VPN has no more chance of working than your email, Facebook, or Instagram account.

The truth is that total internet shutdowns are actually still fairly uncommon. What a lot of nefarious regimes do is block access to certain websites or services they don’t want their citizens using.

We have written about countless examples of this in places as diverse as Iran, China, Gabon, Turkey, and Egypt to name but a few.

In this situation, a VPN is the perfect tool.

By masking your IP Address and redirecting your data, a VPN can be used to unblock anything even in the most determined of totalitarian regimes.

If ExpressVPN and others can still allow people in Communist China to enjoy unrestricted access to the internet, they must be doing something right.

We never like to single out individual articles in this way and it is certainly not our intention to pick on either CNet or author Rae Hodge individually.

There is plenty of scope for criticism of the VPN sector for issues like misleading privacy policies and lack of ownership transparency.

But, critical articles like this are misleading and could drive some readers away from an online security and privacy tool that almost all experts agree offer far more benefits than drawbacks.

At a time when internet surveillance, cyber-crime, and online privacy are growing issues, VPNs offer a vital line of defence. By all means offer constructive criticism and suggestions for how the sector can improve.

But articles like this are little more than fearmongering and ultimately benefit no-one.