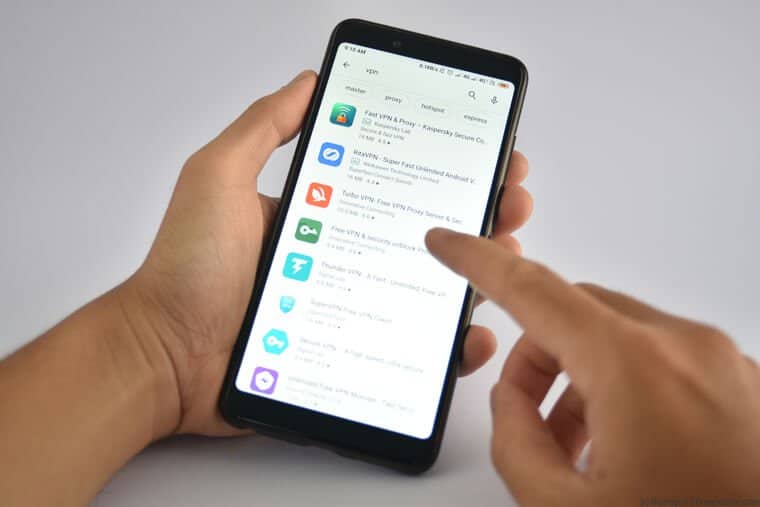 Our Editor's Pick for the best overall VPN is ExpressVPN and has been for some time.

We stand by that assessment, as things stand, but are constantly reassessing all VPN providers to ensure that they are maintaining their high standards and seeing off the challenges of their rivals.

However, we are also conscious that ExpressVPN will not be the right provider for everyone.

You may have already given them a whirl, or you may just not want to use them for whatever reason.

So, with that in mind, in this guide, we are going to look at five alternative virtual private network providers that offer a similar type of service to ExpressVPN and highlight some of the similarities and a few of the differences too.

NordVPN is perhaps the closest VPN to the market leader at the moment.

Its speeds compare favourably with ExpressVPN, as do the range of apps, which is every bit as extensive. The apps themselves are simple and user-friendly while looking great too, just like ExpressVPN.

The NordVPN server network is substantial too, with 5,561 servers in 60 different countries. This is not quite as big as ExpressVPN's location list, which stretches to 94 countries, but does include some virtual servers.

But NordVPN will let you connect 6 devices simultaneously compared to ExpressVPN's 5 concurrent connections. I've found this extra connection helpful when holidaying with my wife and kids, especially for unblocking Netflix, which both do well.

Like ExpressVPN, it offers all the main VPN protocols, including WireGuard, 256-bit AES encryption as standard, and has a no user logs policy that is both watertight and independently verified. NordVPN has lots of additional security features to play with too.

Perhaps the most attractive difference between the two is the price. NordVPN is noticeably cheaper than ExpressVPN despite matching its service in most areas. A great low-cost VPN option.

Surfshark is kind of the new kid on the block but already impressing with its range of great user-friendly apps, which can already be downloaded onto most devices and which are super-easy to use.

Speeds are good without quite hitting ExpressVPN's level, and while encryption and security protection is good, Surfshark does collect a little more data on its customers than we would ideally like to see.

There is a solid server network consisting of 3,200+ servers in 95 countries and Surfshark can unblock most streaming services like ExpressVPN. That's impressive for a relatively new entrant to the market, and Surfshark definitely has a lot to offer.

Even if it is not quite at ExpressVPN's level yet, its competitive prices make it a more than viable alternative.

A more established name that has carved out a niche thanks to its superb, user-friendly apps that look and work great and are ideal for beginners is CyberGhost VPN.

There is a huge server network too, with 8,000 servers across 91 countries, and while connection speeds aren't amazing, they are still more than adequate for most users. I have streamed BBC iPlayer from halfway round the world on CyberGhost with no problems at all.

Encryption is robust, protocols include WireGuard, and there is a perfectly respectable privacy policy in place too.

If you like time to try before you buy, CyberGhost offers a huge 45-day money-back guarantee which compares favourably to other providers on this list which all offer a standard 30-day guarantee.

WeVPN is another relative newcomer to the market, and it is already giving ExpressVPN a run for its money.

It uses the WireGuard protocol as standard alongside excellent 256-bit AES encryption across its terrific range of user-friendly apps.

The privacy policy is outstanding and more than a match for ExpressVPN's offering, and it is also great at unblocking Netflix and most other streaming platforms. You also get double the number of simultaneous connections too, with ten allowed on WeVPN.

The server network still has room for improvement with just over 100 servers across 48 countries. But prices remain competitive, and speeds are often better which all-in-all leaves WeVPN as another solid alternative to ExpressVPN.

This fallen giant, IPVanish, has been through a few tough years, but it is putting all that behind it now and bouncing back strongly.

A real selling point has always been its server network, and this is still decent with 75+ locations. Speeds are competitive too, and security and privacy protections look great.

WireGuard is now available for all users, but IPVanish's residency in the USA always leaves a few questions meaning it can't compete with ExpressVPN's British Virgin Islands location.

Where there are no questions is on simultaneous connections, with an unlimited number available now, meaning you can connect as many devices as you like at the same time.

This was great for me when my kids had a huge group of friends around and they all wanted to play something online at the same time.

IPVanish isn't too hot at unblocking streaming services either, but prices are good, so if that's not a priority for you, this is definitely still a contender.

ExpressVPN is the best VPN provider around, in our view.

But if you aren't as big a fan as we are, each of these five alternative VPNs will do a comparable job at keeping you safe and private online.

If you want to know more about any of the VPNs we have touched on in this guide, take a look at our detailed reviews, where you will find everything you need to know.