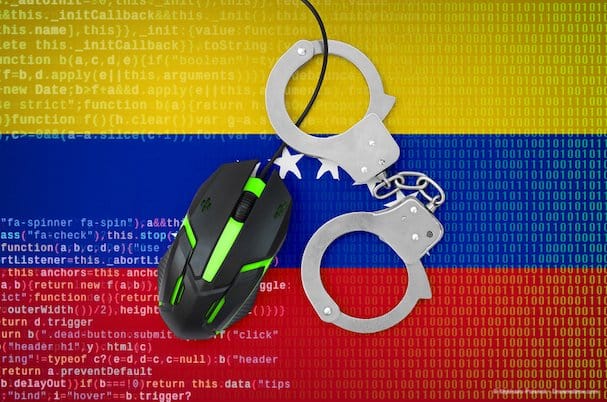 The political crisis continues to deepen and is making headlines all over the world. And as is so often the case these days, the ruling regime is trying to shut down online communications as a tool to retain its grip on power.

Venezuela’s tyrannical socialist dictator, Nicholas Maduro continues to retain his slender grip on power despite pressure being piled upon him by Juan Guaidó, who the international community recognizes as the legitimate leader.

Maduro is using even more desperate and extreme means to stay in power including forcing lengthy power cuts across the country, refusing international aid for his impoverished and starving people, and using brute force to suppress public protests.

Under Maduro, media and the internet is already pretty severely restricted in Venezuela. In keeping with most ideological regime, Maduro has tried to restrict information and communication in order to stop opposition factions organizing and sharing information which undermines his position.

As pressure on him has continued to grow, Maduro has made many popular social media and online news sites hard to access.

According to The Venezuelan Institute of Press and Society (in Spanish), on April 30th, as opposition parties took to the streets in the latest effort to oust Maduro, Venezuela’s main internet service providers, Digitel, Movistar and the state-controlled CANTV, were all restricting access to popular social media sites.

Twitter, Instagram, Facebook, Periscope, and Google were all difficult to access across all of Venezuela. The two communication tools most commonly used by Venezuelan opposition activists, WhatsApp and Telegram, were also being blocked by CANTV.

Perhaps most telling of all was the fact, as reported by Netblocks, that access to all social media sites was restored at 8.45pm local time, just twenty minutes before Maduro live-streamed a speech in which he claimed to have defeated another ‘coup’ attempt.

In contrast, all censorship was back in place, with YouTube also unavailable on CANTV for Guaidó’s speech to the nation earlier today.

A wider pattern of media censorship

Footage of forces loyal to Maduro running over and shooting at protestors has also been heavily censored.

Both CNN and the BBC, which has run the footage, are currently unavailable in Venezuela and became unavailable shortly after the footage first emerged. The military has also forced RCR, Venezuela's oldest private radio station, off the air.

Online rights activists and Venezuelan civil rights campaigners have all called for the censorship trend to be quickly reversed.

Natalie Southwick, South and Central America Program Coordinator for the Committee to Protect Journalists, said, “We are alarmed by the increasingly brazen censorship in Venezuela, including the repeated and selective restriction of internet access, a popular tool of authoritarian regimes.”

“Venezuelan authorities should ensure that all internet platforms and news outlets–digital, radio, and television–are available to citizens seeking to access and share information,” she continued.

How to unblock social media in Venezuela

Venezuelans who need unrestricted access to the internet and social media sites can, of course, always turn to a VPN.

By connecting to a VPN such as ExpressVPN or IPVanish, Venezuelans can evade the state censorship of their country’s socialist regime and continue to enjoy free access to information and open communication.

VPNs work by encrypting user traffic and then redirecting it through an overseas server. This hides user traffic from Venezuelans ISPs and therefore means that they are unable to stop people from accessing certain sites or services.

VPNs are a common tool used by activists in countries controlled by authoritarian regimes. But in places like Venezuela, where the regime is on its last legs, they are also increasingly needed by ordinary people who just want to enjoy every-day internet access.

This is increasingly the case in almost any country where a major incident has happened.

In Sri Lanka, where terrorist bombings over Easter weekend killed hundreds of people, social media and other internet sites remain blocked more than a week later.

We also reported earlier this week on internet shutdowns in Benin, where the ruling party was trying to get away with running elections from which all opposition parties were barred.

The habit of shutting down internet access or social media sites whenever a major event or political instability is happening is a deeply worrying one. It is a trend which supports authoritarianism and undermines the rights of ordinary citizens.

It is something that the western world should be taking steps to prevent. But unfortunately, they are increasingly as culpable as the developing world and the result is that everyone’s right to access information and communicate freely is slowly being eroded.